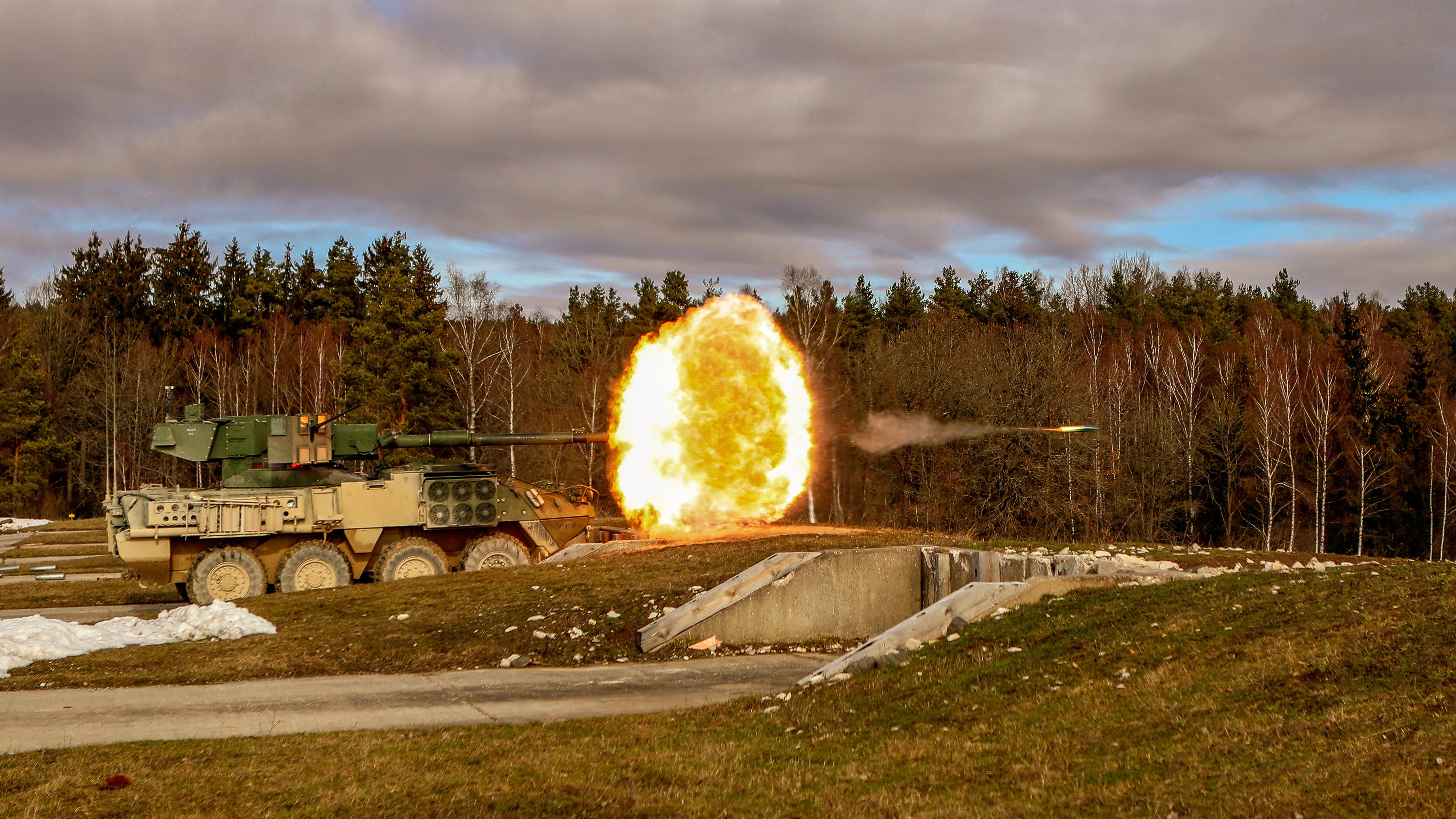 All six of the Army’s modernization priorities have achieved “remarkable progress” despite the COVID-19 pandemic, providing reassurance that momentum toward expanded capabilities is continuing to build, Army Secretary Ryan McCarthy said.

“We have lost very little schedule and continue to march ahead on that modernization continuum,” McCarthy said July 16 during an episode of “NatSec 2020: Coronavirus & Beyond,” a special series co-hosted by the Association of the U.S. Army that examines how the COVID-19 pandemic is reshaping military.

Hosted by Government Matters, AUSA and the Navy League of the United States, the series also featured Army Chief of Staff Gen. James McConville and other senior leaders.

The Army's goal is to achieve “irreversible momentum” on key modernization priorities, McCarthy said. The priorities—long-range precision fires, next-generation combat vehicles, future vertical lift, the network, air and missile defense and soldier lethality—are critical as the Army prepares for great-power competition and demands at home and overseas, he said.

“We’re going to be a lot faster and a lot more lethal than we are today,” he said, referring to the Army of the future. “By 2025, we’ll see four or five of our signature systems landing in our formations. By 2040, we’ll have all of the 31 systems in place.”

To get there, the Army must have consistent budgets, McCarthy said. “We know that if we can get four to five budgets in a row with consistency, the systems start to land, they have irreversible momentum,” he said.

As the modernization pieces fall into place, the Army also must make sure it has the right people in its ranks, McConville said. “It’s not just new equipment,” he said, adding that people are the Army’s “most important resource, most important weapon system.”

The Army must do a better job competing for and retaining talent, McConville said, citing several initiatives already underway to do that, including a new way of assessing and selecting battalion commanders.

Demand for the Army at home and overseas isn’t likely to decline as the world becomes more complex and unpredictable, said retired Gen. Carter Ham, AUSA president and CEO.

“What the Army must do, and the Army is posturing to do, as they plan and prepare for the eventualities of 2025 up to 2050, they also have to remain cognizant that the nation expects the Army to be ready to respond to various contingencies at home or abroad today, right now,” Ham said, “and that’s the difficult balance that the Army has to struggle with.”