Modernization a Priority in Cutting Programs

Modernization a Priority in Cutting Programs 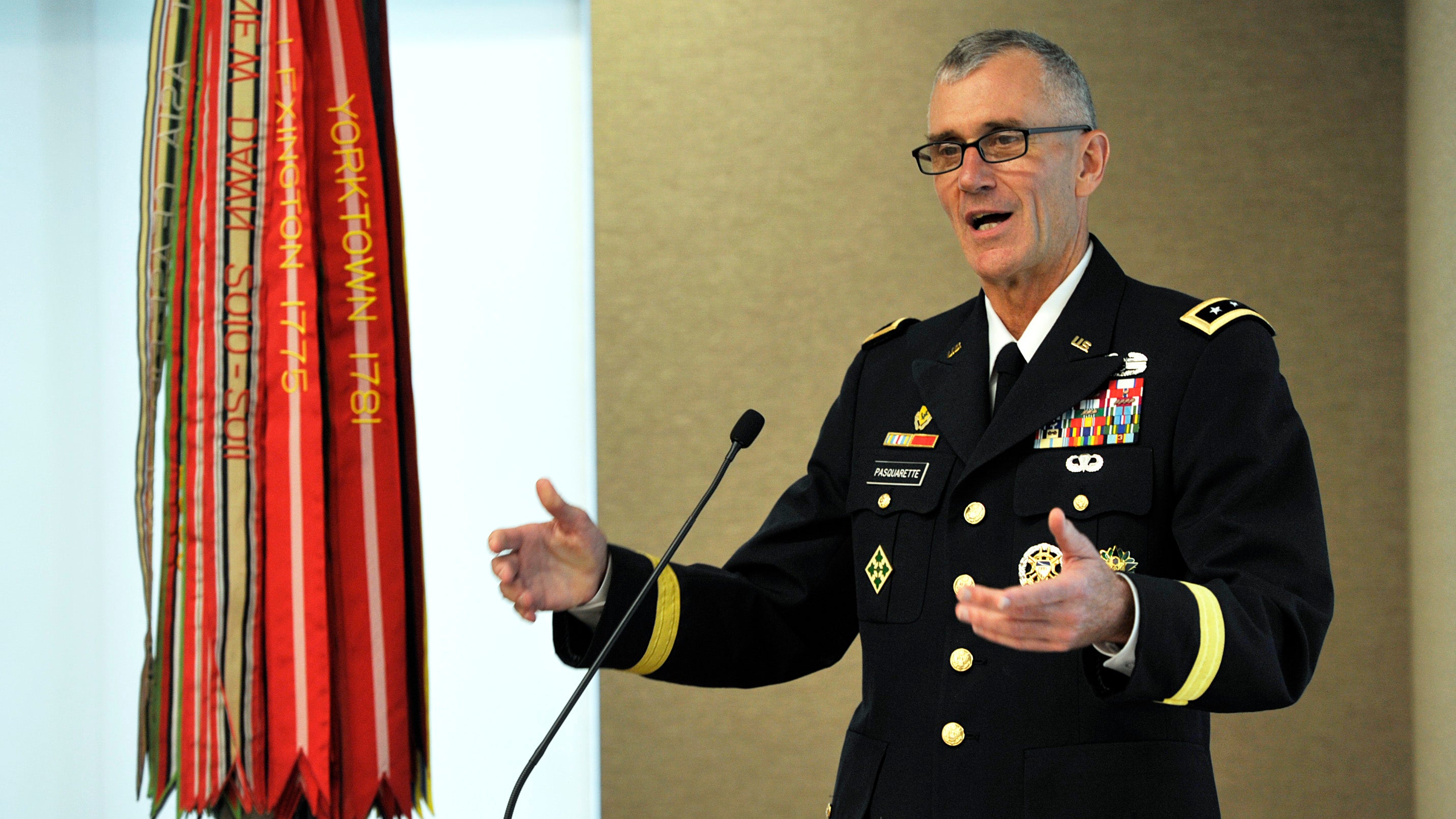 Army leaders have made preliminary decisions on what programs should be cut to help pay for priority modernization efforts but the Defense Department has yet to weigh in on the recommendations, said Lt. Gen. James F. Pasquarette, deputy chief of staff G-8, who heads the Army’s resources and planning.

Speaking at a Sept. 19 breakfast forum hosted by the Association of the U.S. Army’s Institute of Land Warfare, Pasquarette said the Army leaders looked at about 500 programs in an effort to identify those “that do not directly align with the Army modernization priorities and where the Army can accept risk with regard to modernization.”

These were “hard choices,” he said, although he wouldn’t say how many were identified cuts or how much money could be saved. He offered that it “produced a lot of funds that we shifted around.”

“There were hard decisions made by the Army leadership, but these choices were in line with what the secretary of defense was asking us to do and the results will be a more lethal force capable to fight and win in the future,” Pasquarette said.

The National Defense Strategy has helped redirect the Army’s near-complete focus from a concentration on activity in the U.S. Central Command’s areas of responsibility to the threat of a near-peer competitor. Creation of the Army Futures Command is a game-changer in that it will put the Army on a footing for the future fight and get equipment into soldiers’ hands more quickly, Pasquarette said.

He also pointed out that unlike previous modernization efforts, this time around the resources are available and the Army’s leadership is intimately involved in the details of their programs.

“If you have heard [Army] Secretary Mark Esper, he knows this stuff. He'll call your bluff on it. It's their program with their understanding of the details inside the program and their personal commitment taking the time and delving into the minutia. That's definitely deliberate. I think it's going to continue,” he said.