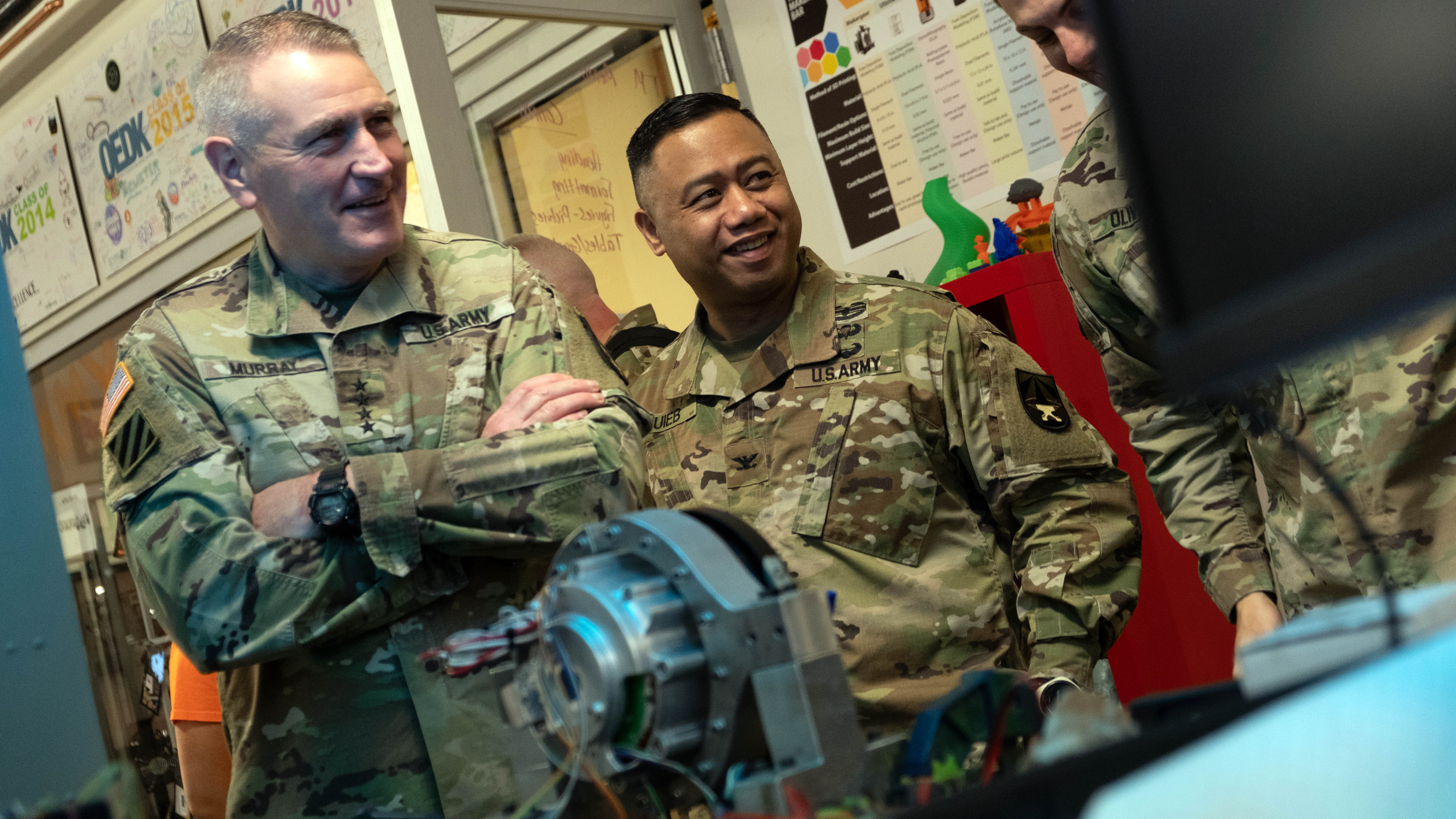 As the Army undertakes its most extensive transformation effort in decades, the service’s goal is not to get into a fight, the commander of Army Futures Command said.

“Overmatch is about fighting and winning, but overmatch is also about the ability to deter,” said Gen. Mike Murray.

Speaking March 17 at the Association of the U.S. Army’s Global Force Next virtual conference, Murray said the Army never wants to send its soldiers into a fair fight. “If possible, we never ever want to send our soldiers to a fight at all,” he said. “That’s the goal of deterrence, and really, the modernization and transformation that your Army has undertaken.”

The Army must transform and modernize to maintain its edge and compete, Murray said. The U.S. faces an increasingly complex world, with China as its “pacing threat,” he said, echoing a term that other senior military leaders, including Defense Secretary Lloyd Austin, have used.

To that end, the Army has been working hard on its ambitious transformation effort, moving billions of dollars into high-priority programs and modeling different operational environments that could influence how soldiers fight in the future, Murray said. “How we will fight is driving what we’re buying and what we’re doing,” he said.

The work is starting to pay off, as the Army’s modernization programs start to produce results.

The Army, which for the past three years has not strayed from its modernization priorities, is focused on speed, range, convergence, decision dominance and overmatch, Murray said.

This is about how quickly soldiers are able to react to a threat on the battlefield and how soon the Army can get next-generation equipment into troops’ hands. It’s about the ability to reach further across the battlefield and deliver leap-ahead capabilities such as long-range hypersonic weapons, the Extended Range Cannon Artillery, robotic vehicles and aircraft capable of flying further and faster than ever before.

It’s about integrating all five fighting domains—land, sea, air, space and cyberspace—and working closely with industry as well as getting soldier feedback early and often as the Army develops its newest technologies, Murray said.

Ultimately, the Army wants to give commanders the ability to make the best decisions in the shortest amount of time, “faster than any other opponent,” he said. “I do think it will be a significant advantage to any commander on a future battlefield to achieve that decision dominance,” he said.

As Futures Command continues its work, leaders also must ask, “Are we doing it fast enough and are we doing enough?” Murray said. “Or do we need to look to go faster, to do more in the future?”