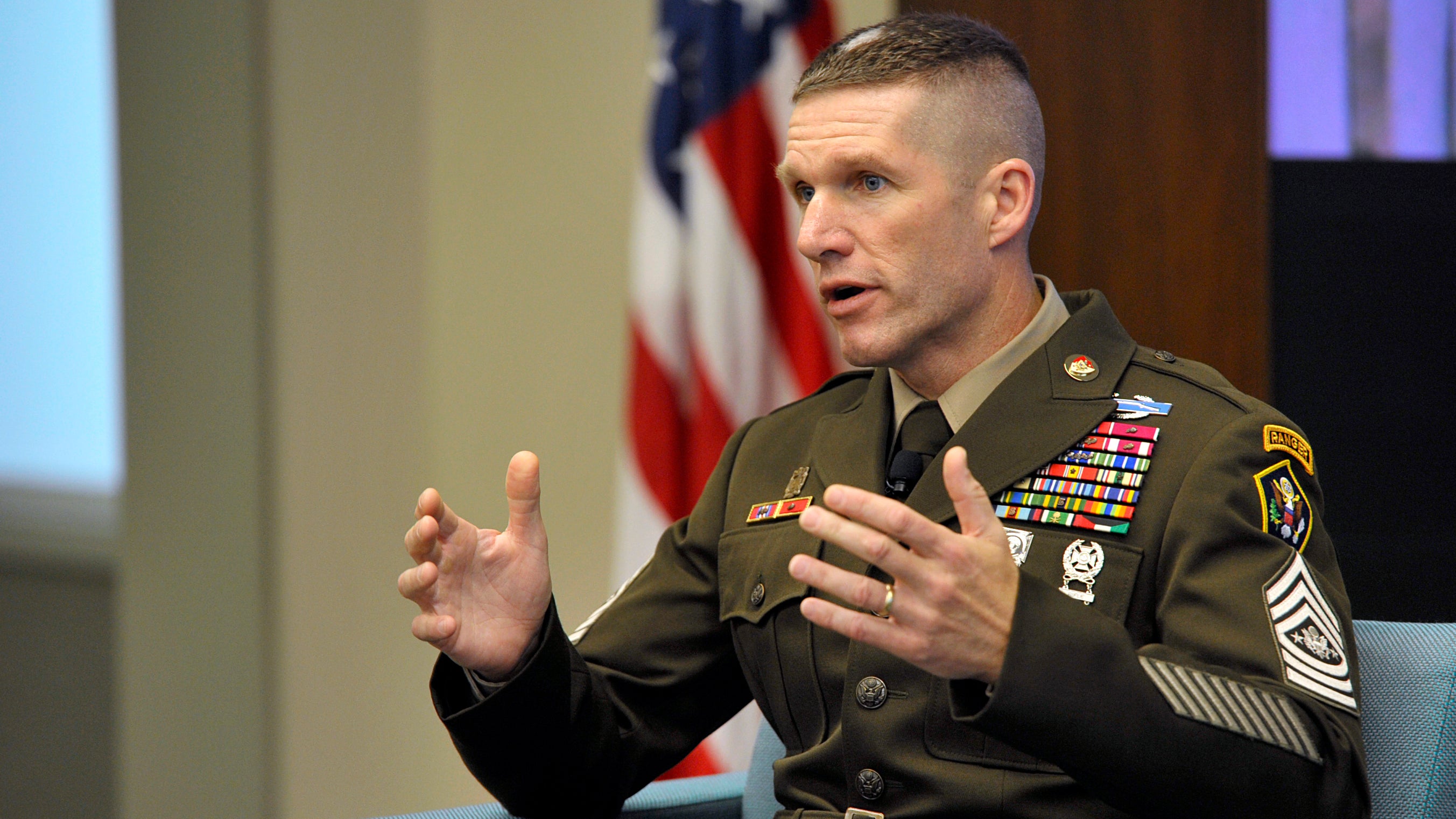 The ongoing limited user test of the Army Greens is going to result in a few minor changes but not in the overall color and design of the uniform, Sgt. Maj. of the Army Daniel A. Dailey said at a June 26 breakfast hosted by the Association of the U.S. Army’s Institute of Land Warfare.

Wearing the Army’s new business-wear uniform as he spoke, Dailey said early adopters are evaluating the uniform while the Army looks at manufacturing and logistics to determine quality, standards and what improvements are needed.

“We are still making small tweaks to the overall fit and performance,” he said. “The design is done, and the colors are done.”

“This was tough,” he said of the decision to go to a new uniform, but it’s one he supports because of the image he thinks the new uniform gives to the American public, who don’t see that many soldiers in their lifetime. “We have to paint the right picture,” he said.

To Dailey, the Army’s dress blues uniform, which has been the standard business dress, sent a mixed message. He recalled being mistaken for a traffic cop in Chicago and a fire chief in New York City. “We were not being recognized as soldiers in the eyes of the American people,” he said.

Army Greens, modeled after the iconic World War II uniform, focuses thoughts “back at a time in history where this entire nation came together for one common cause. They put all their biases aside and said, ‘We have to be American right now,’ ” Dailey said.