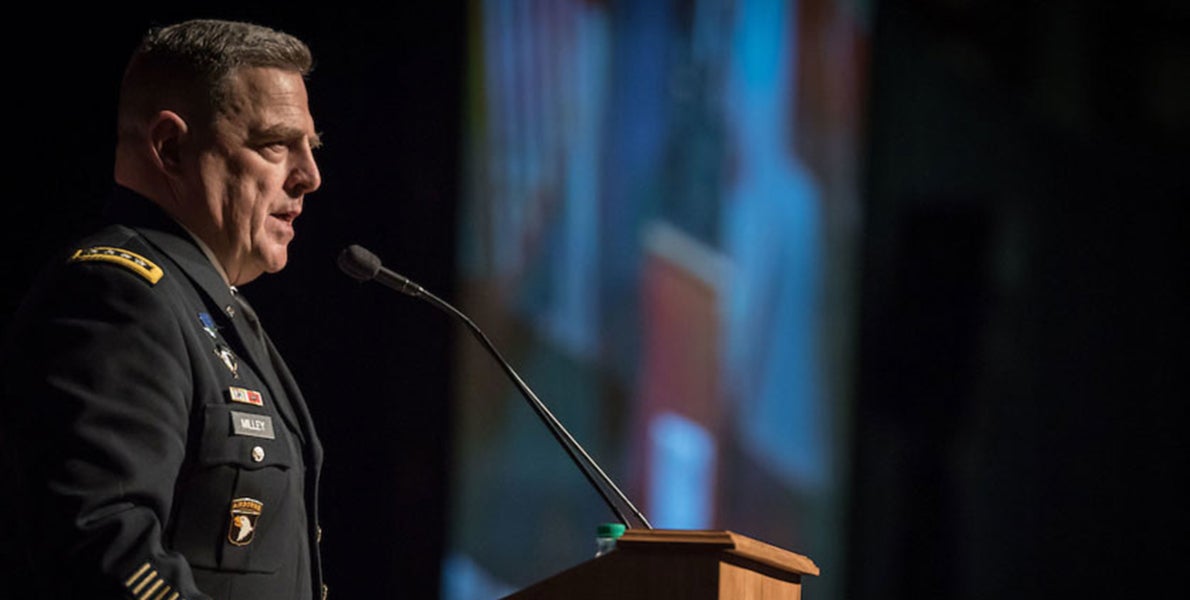 The Army chief of staff had a blunt answer to a tough question at a Senate hearing focused on the challenges of long-term budgeting.

Sen. John McCain, R-Ariz., the Senate Armed Services Committee chairman, wanted to know Gen. Mark A. Milley’s opinion about the impact of budget caps on national security. He asked the Army’s top general if the military could adequately defend the nation if defense spending is cut by $33 billion in 2018 when Budget Control Act limits are due to return.

“No sir, I do not,” Milley said as he and the other service chiefs testified about the challenges facing defense programs from spending constraints.

Milley said it could be hard for the Army to sustain the counterterrorist and counterinsurgency capabilities it has developed over the past 15 years while simultaneously “rebuilding our capabilities in ground combat against higher-end, near-peer, great-power threats” that have received much less emphasis and attention during this period. Rebuilding those core competencies cannot realistically happen under a resumption of the budget caps, Milley said.

Things could be even worse. The threat of sequestration—automatic budget cuts that occur if Congress and the White House cannot agree on spending and revenue levels—is an even bigger worry, Milley said.  “Sequestration will take the rug right out from underneath us,” he said, “mortgaging future readiness for current readiness. Readiness matters, training reps matter.”

The Bipartisan Budget Act of 2015 provided two years of relief from both tight spending caps and the threat of sequestration, but this ends with the fiscal 2018 budget. The Army is concerned about cuts and about the uncertainty of waiting for an elusive budget compromise. The Army needs “consistent, sustained and predictable funding over time,” Milley said.

The Army’s needs are costly, Milley said. “This stuff is expensive, we’re expensive; we recognize that. But the bottom line is, it’s an investment worth every nickel.”