Milley Sworn In As Army Chief of Staff

Milley Sworn In As Army Chief of Staff 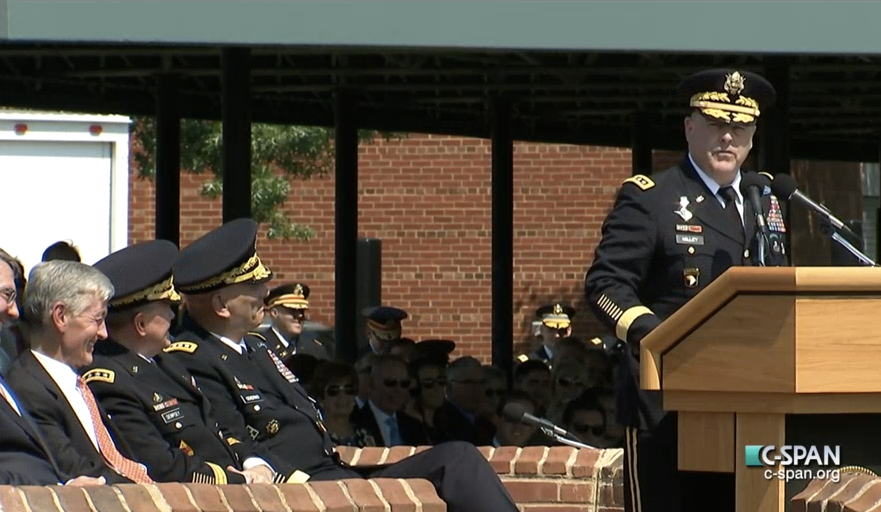 Gen. Mark A. Milley was sworn in Friday as the 39th Army Chief of Staff at a ceremony that also marked the retirement of Gen. Raymond T. Odierno after 39 years of service. Secretary of Defense Ash Carter spoke of Odierno, saying “Ray’s legacy is like Ray himself. It simply won’t fit in the space behind the podium.” Carter described Odierno as being like the Army, “big, strong, capable and always willing.” “He loves his soldiers, and they love him back,” Carter said, joking that Odierno gained some fame by shaving the head of comedian Stephen Colbert in 2009. Carter also expressed confidence in Milley, calling him “the right officer to lead our Army” and “a leader, a warrior, a statesman.” Army Secretary John McHugh called the event “a celebration of not one, but two great Americans.” “This is a typically bittersweet moment,” McHugh said. “I am losing a battle buddy,” he said of Odierno. “He is as fine an officer as I have ever known.” Milley “is one of our best,” McHugh said. “I am absolutely confident he will be a remarkable chief of staff and joint chief.” “Mark has the personal trust of each and every one of us,” McHugh said. “Welcome back to the Pentagon ranks.”