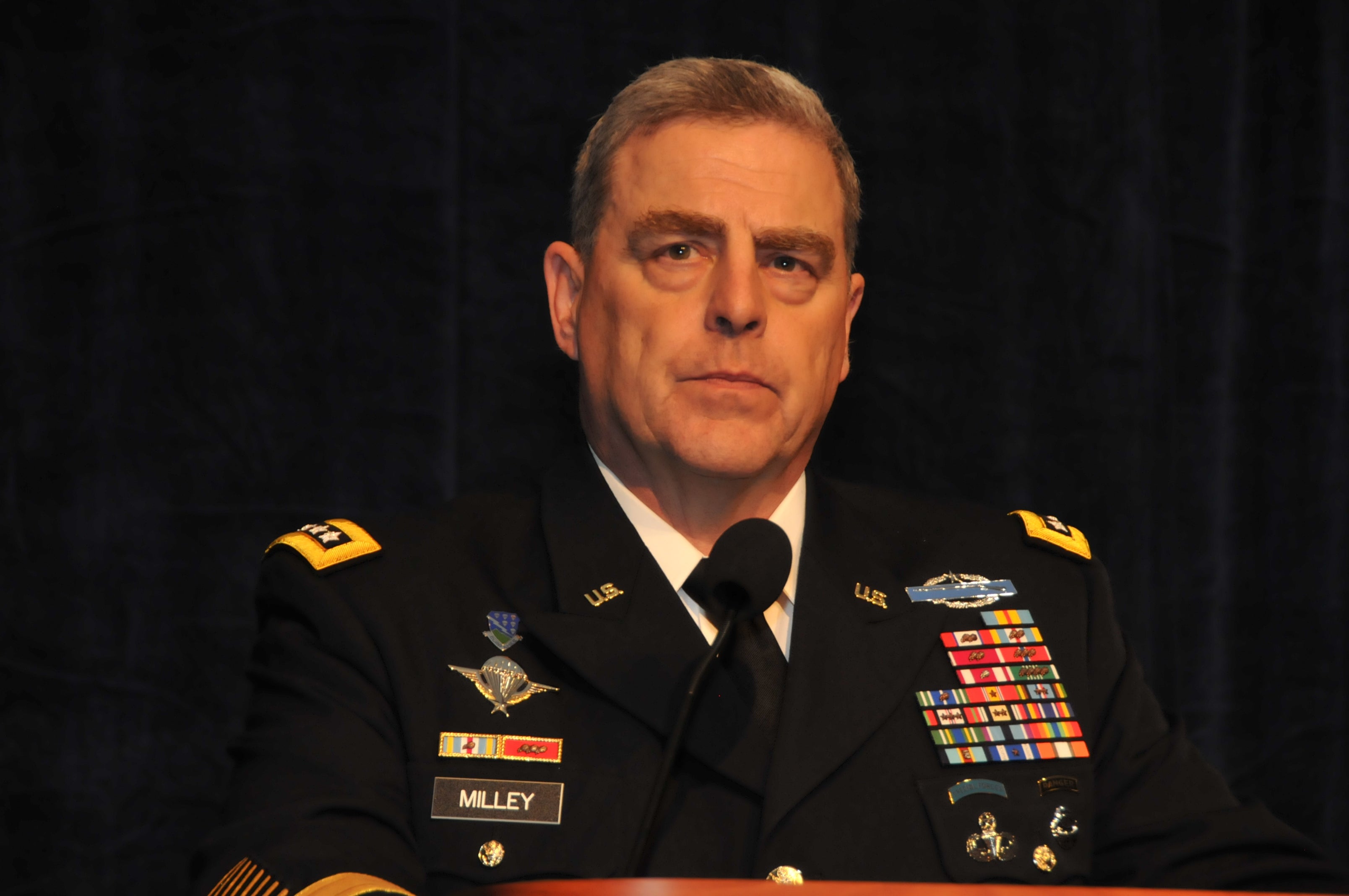 Russia is the biggest threat to the U.S., and its aggressive behavior is worrisome, Army Chief of Staff Gen. Mark A. Milley said Monday. Speaking at a forum sponsored by DefenseOne, Milley said he didn’t want to predict who would win in a conventional war with Russia, but “our capabilities are plenty good enough.”The 39th Army chief of staff talked about Russia in response to a question asking whether Russia or the Islamic State group was the biggest national security risk to the U.S. Milley said Russia ranked first because “it is the only country on Earth that has the capability to destroy us in terms of nuclear capability,” and because of its aggressive action in Ukraine and elsewhere.Milley said the list of threats to the American people continue with the Islamic State group, the Taliban and al-Qaida, and that these threats must be contained and neutralized by U.S. forces to secure the safety of the American people.“It’s fundamental to maintain military strength to live in peace. If you don’t maintain that strength, you put yourself at risk,” he said. “Readiness of the military is my main concern. We’re not where we should be, and we’re ramping up to get to where we should be.”Milley said he recently completed visits to Iraq, Jordan, Indonesia and other countries to review the Army’s level of readiness. He also met with European military chiefs to discuss strategy against these threats.Milley also talked about continuing to watch North Korea, Iran and China, describing China as “a developing country and rising power that is not a U.S. opponent right now.”The chief of staff said his priorities include focusing on quality within the U.S. Army even with troop numbers decreasing.“We’re focused on a qualitative advantage because it’s better than a quantitative advantage,” Milley said. “Creating an overmatch is what we want. We don’t want a fair fight.”