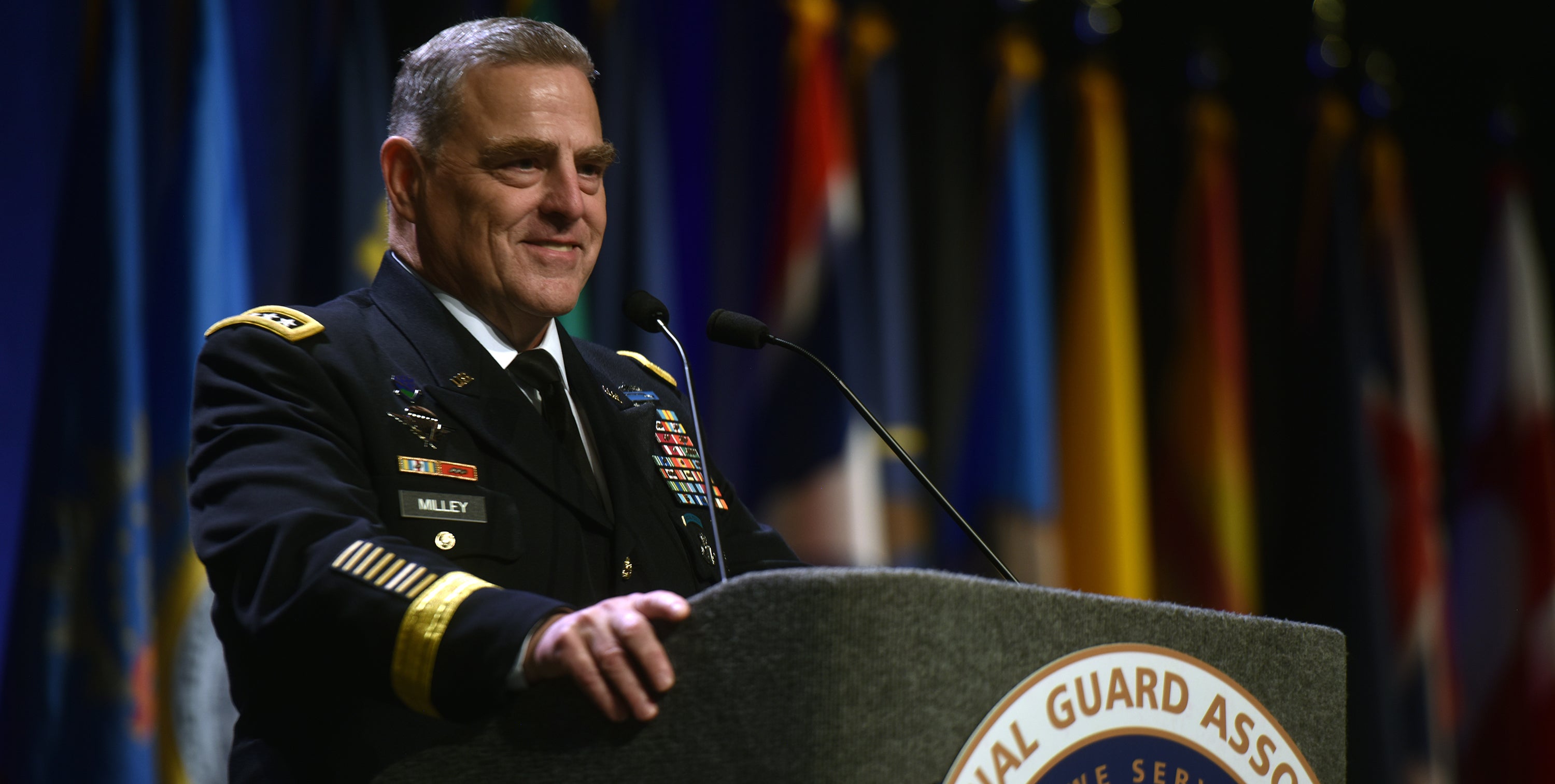 Speaking Aug. 25 in New Orleans at the National Guard Association of the United States’ 140th conference, Milley said this simple fact makes it “absolutely critical” that the Army does everything possible to make certain the Army Guard is ready, trained and equipped “to inflict the maximum amount of lethality on any enemy, anywhere, anytime.”

“The National Guard is incredibly relevant,” Milley said. “We couldn’t be doing what we are doing around the world in so many places without the United States Army National Guard.”

“Every single one of you are serving a cause bigger than yourself, bigger than your state,” Milley said. “You are serving a cause of freedom for the United States of America and all 300 million people that live here and call ourselves Americans. Thank you to every single one of you. Thank you for what you do for our nation and thank you for your defense of freedom.”

The National Guard has been part of every American conflict since 1636, Milley said, noting he was just talking with West Virginia National Guard troops on the Syria-Jordan border.