Milley: Readiness for Combat no Matter What

Milley: Readiness for Combat no Matter What 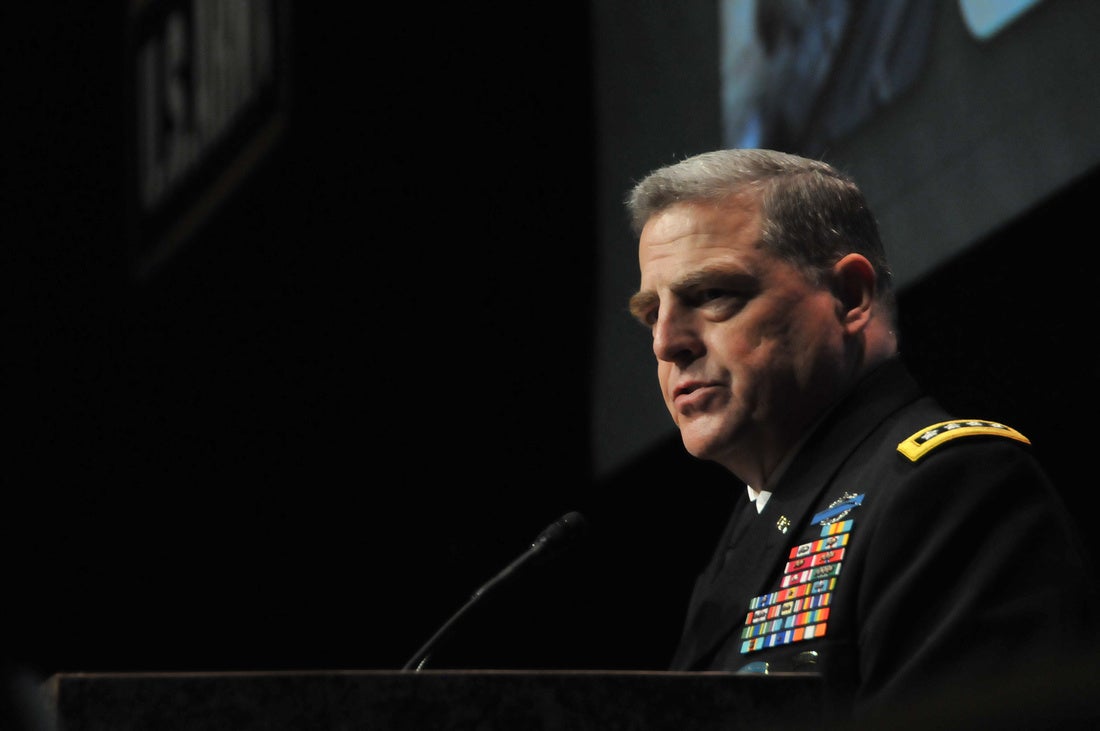 U.S. Army Chief of Staff Gen. Mark A. Milley made his priorities absolutely clear Tuesday. “Readiness for combat is our No. 1 priority, and there is no other No. 1,” he declared repeatedly.In his first speech as the Army’s top uniformed leader, Milley gave a blunt assessment of the threats facing the nation. He spoke at the Dwight David Eisenhower Luncheon at the Association of the U.S. Army’s 61st Annual Meeting and Exposition, held at the Walter E. Washington Convention Center in Washington, D.C.Milley listed an aggressive Russia, an assertive China, a provocative North Korea, the brutal Islamic State group terrorists, and other potential dangers around the world. These threats mean the Army must remain constantly ready to fight – anywhere and anytime, he said.In recognition of the recurring problem with late and declining funding and deep reductions in force structure, Milley said, “We must ensure that no matter what budget we receive,” soldiers are trained and equipped when sent into combat. “No matter how many platoons we have,” they must be ready, he said.In a reference to the famous warning issued by then-Army Chief of Staff Gen. Edward Meyer during the underfunded era after the Vietnam War, Milley said today’s Army is strong. “We are not even close to being a hollow Army, and no adversary anywhere should think we are.”To ensure the Army remains combat ready, Milley emphasized realistic training that includes the National Guard and Army Reserve, repeating his earlier declaration that “Army” means the “total Army, with three components.”As leaders, “the most important thing we do is to prepare for combat,” he said, adding that the best way to care for soldiers “is to bring them home alive and whole.”Milley spent a considerable amount of time dismissing what he said are prevalent myths, particularly in Washington, that wars can be short, bloodless, and won from long distances. He reminded the audience that no one expected any of America’s wars to last as long as they did and to be as costly as they were.Milley also rejected the notion that fights against terrorists can be won with a few special operations forces. From his experience, he said, that myth has been “promulgated by those who have never experienced the blood, sweat and tears of combat.”Those who have led warriors in combat remember the fallen, he said, adding that in his case, the number was 242.“The cost of unpreparedness is high in the lives of our soldiers, sailors, airmen and Marines,” Milley said. “Let us swear on their graves we will never send [others] into combat unprepared.”