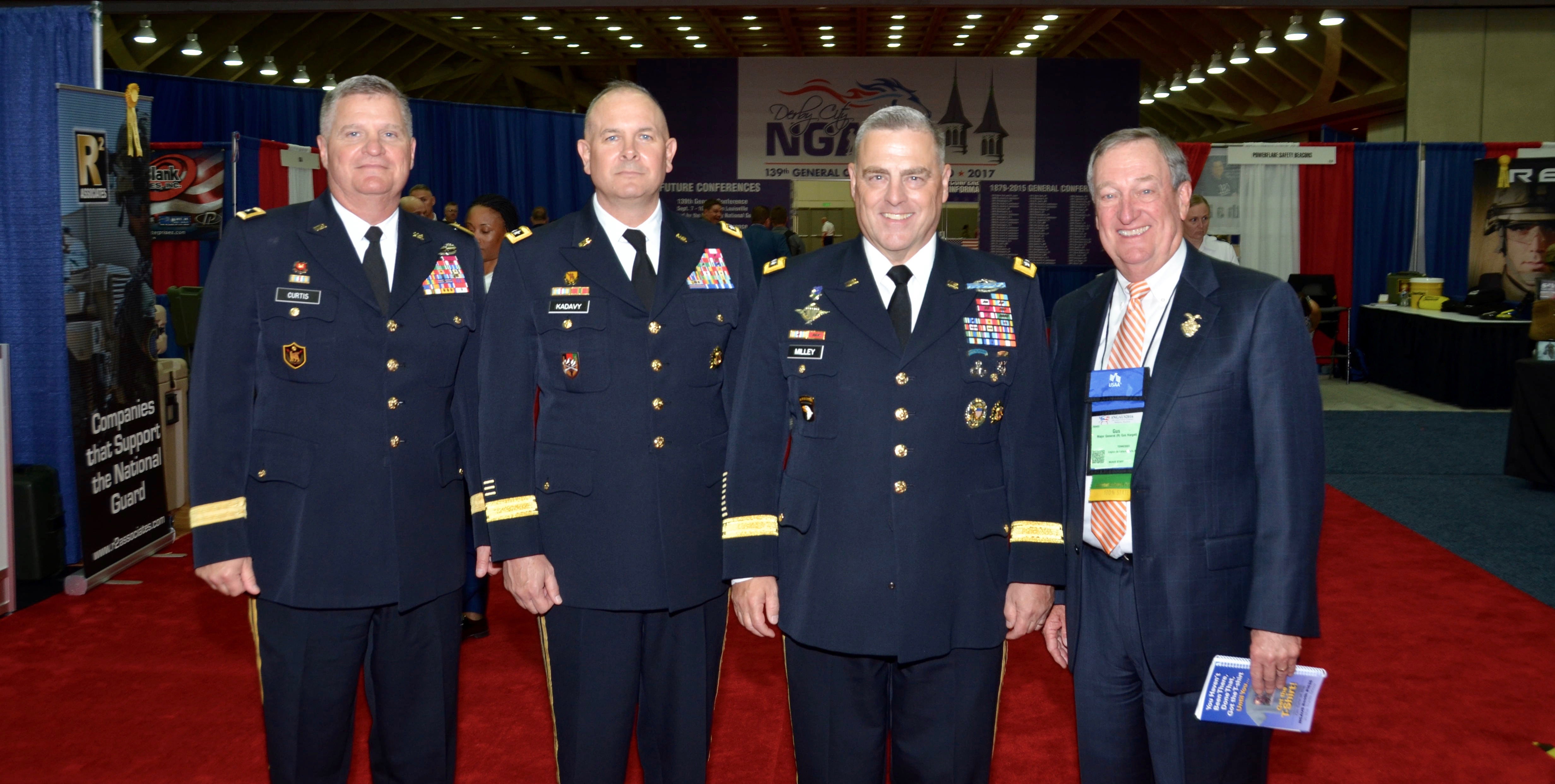 With tensions around the world showing no signs of abating, Army Chief of Staff Gen. Mark A. Milley said he’s taking “very concrete steps” to upgrade the readiness of the Army National Guard.

Milley cited three ways in which that effort is unfolding. First, he wants to double the number of Army National Guard brigade combat teams that go through decisive-action rotations at major training centers, he said Sept. 10 in delivering the keynote address to the annual conference of the National Guard Association of the United States in Baltimore.

In 2016, the Army sent two Guard BCTs through decisive-action training rotations, and will probably do the same this year. “But in 2018 we want to put into the budget that we’re going to double that to four … a 100 percent increase in the training readiness of the combat formations within the National Guard,” Milley said.

Second, he noted that the Army’s Associated Units pilot program, in which Guard units train closely with active-duty partner units, is “gaining momentum. We’ve got 14 different Associated Units across all components, and that’s allowing us to better leverage the capabilities of the Guard and the Regular Army. The point is integration to improve readiness.”

Finally, Milley said he wants to increase the number of training days for members of the Guard, “hopefully” starting in 2018, even as he acknowledged administrative and regulatory issues to be resolved in that area.

“I’m going to do it, though, because we have to do it,” he said. “The possibility of armed conflict is real, and the time available to mobilize and deploy … might not be available in the next conflict. We are one Army. We were one Army a year ago, we are one Army today, and we are going to remain one Army forever.”

“America’s Army simply cannot accomplish the many missions expected of it without the full engagement of the Regular Army, Army National Guard, Army Reserve and Army civilians,” Ham said. “I am proud of the work done by the National Commission on the Future of the Army and I am fully committed to having AUSA support the Total Force now and in the future.”

Ham chaired the commission, which in its 208-page report in January stressed the need for the Army to fully implement the Total Force Policy and “capitalize on the reserve components to provide not only needed operational capabilities, but also the strategic depth required for future campaigns.”