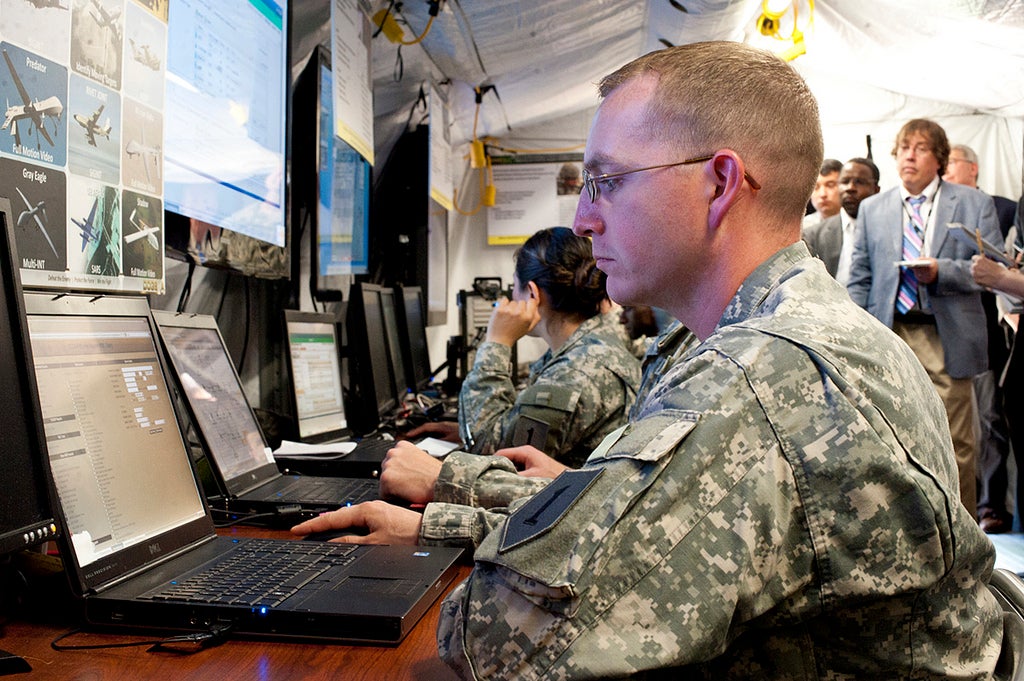 The Army’s primary battlefield system for improving visual and situational awareness is performing “reasonably well” at echelons above brigade but remains problematic at the tactical level, Army Chief of Staff Gen. Mark A. Milley has told Congress.The Distributed Common Ground System (DCGS), which dates to 1998, is the Army’s primary battlefield system to enhance tactical maneuver and combat power by posting data; processing information; and disseminating intelligence, surveillance and reconnaissance information about threats, weather and terrain.Currently fielded at six global sites at corps, division, brigade and battalion levels, DCGS has drawn considerable controversy and criticism from soldiers in the field who say it’s difficult to use, and also from senior officials and lawmakers.“I’ve taken a hard look at DCGS,” Milley said at a recent Senate Armed Services Committee hearing. “My rough assessment is that DCGS is performing reasonably well at echelons above brigade. But when it gets down into the tactical level, it’s more difficult to work with, not quite as fast, and difficult to jump from location to location on a mobile battlefield.”He also cited a “high density of training requirements” for new soldiers to learn how to use the system. “There may be some other options out there,” Milley said.In late December, the Army issued a request for proposals for the next increment of the DCGS program. The contact, with an estimated value of about $206 million, is expected to be awarded before the end of the current fiscal year, on Sept. 30.