Milley: Conditions Are Set, Still Much to Do

Milley: Conditions Are Set, Still Much to Do 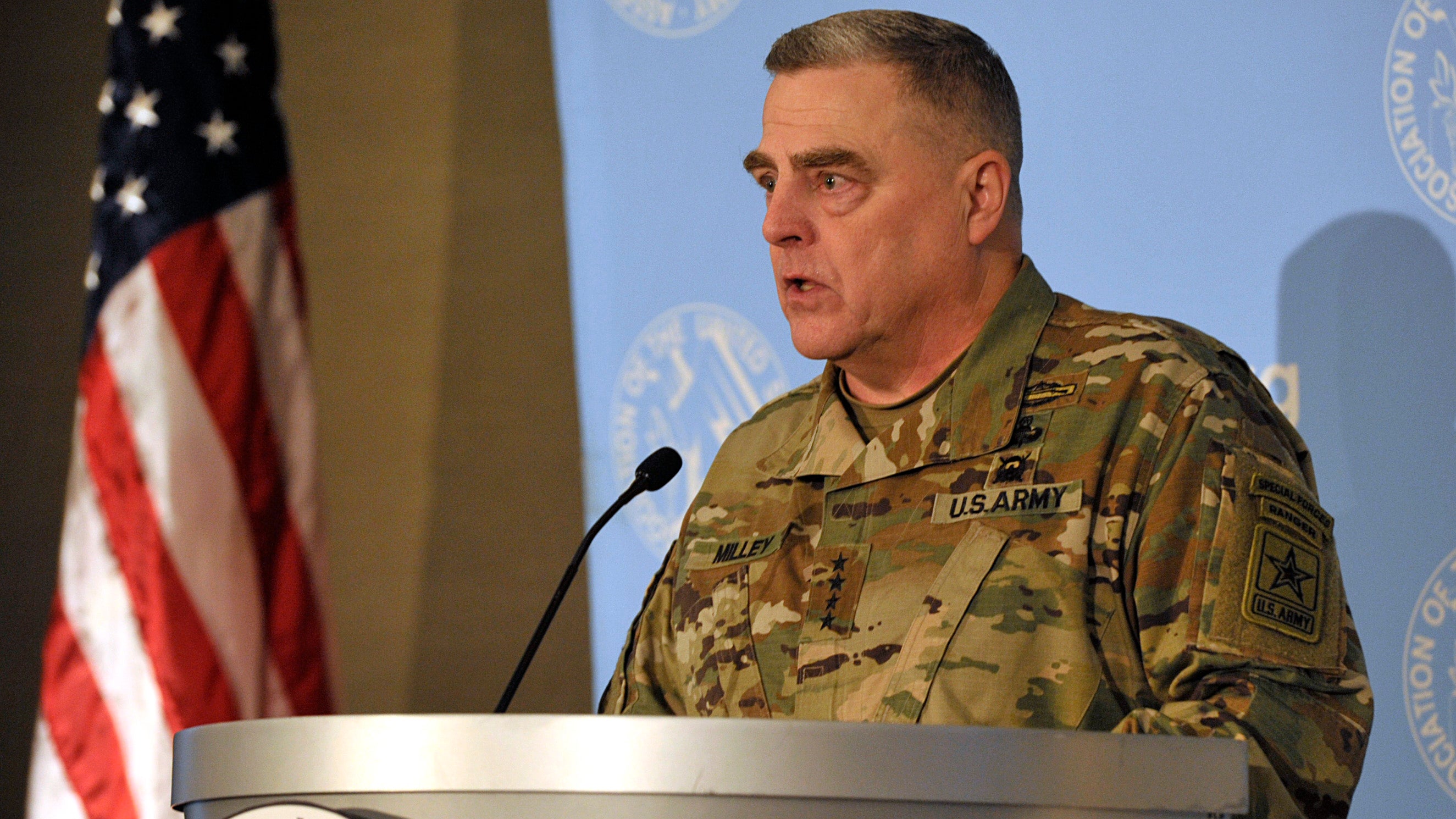 The conditions have been set for the Army’s future, but the service will “have to continue to press on” with its initiatives if success is to be achieved, Army Chief of Staff Gen. Mark A. Milley said at a breakfast hosted by the Association of the U.S. Army’s Institute of Land Warfare.

Ticking off a host of initiatives that have been undertaken since he became chief in 2015, Milley said, “There’s a lot going on in the Army right now in terms of readiness and modernization.” But, he warned, “We’re just beginning, we are just scratching the surface” of the effort that will be needed to keep the momentum going.

The initiatives he listed include:

Still left to achieve is an update of the Army’s concepts and doctrine, the streamlining and acceleration of the acquisition process, and adaptation of organizational structures to meet emerging challenges, Milley said.

“The fact is, it’s not over till it’s over. This is really a process that we have to continue to press on,” Milley said. “I believe we have set the conditions for success in the future, but we have not achieved success. We should be under no illusions; we cannot rest on our laurels.”