Milley: Big Army Advances Are a Decade Away

Milley: Big Army Advances Are a Decade Away 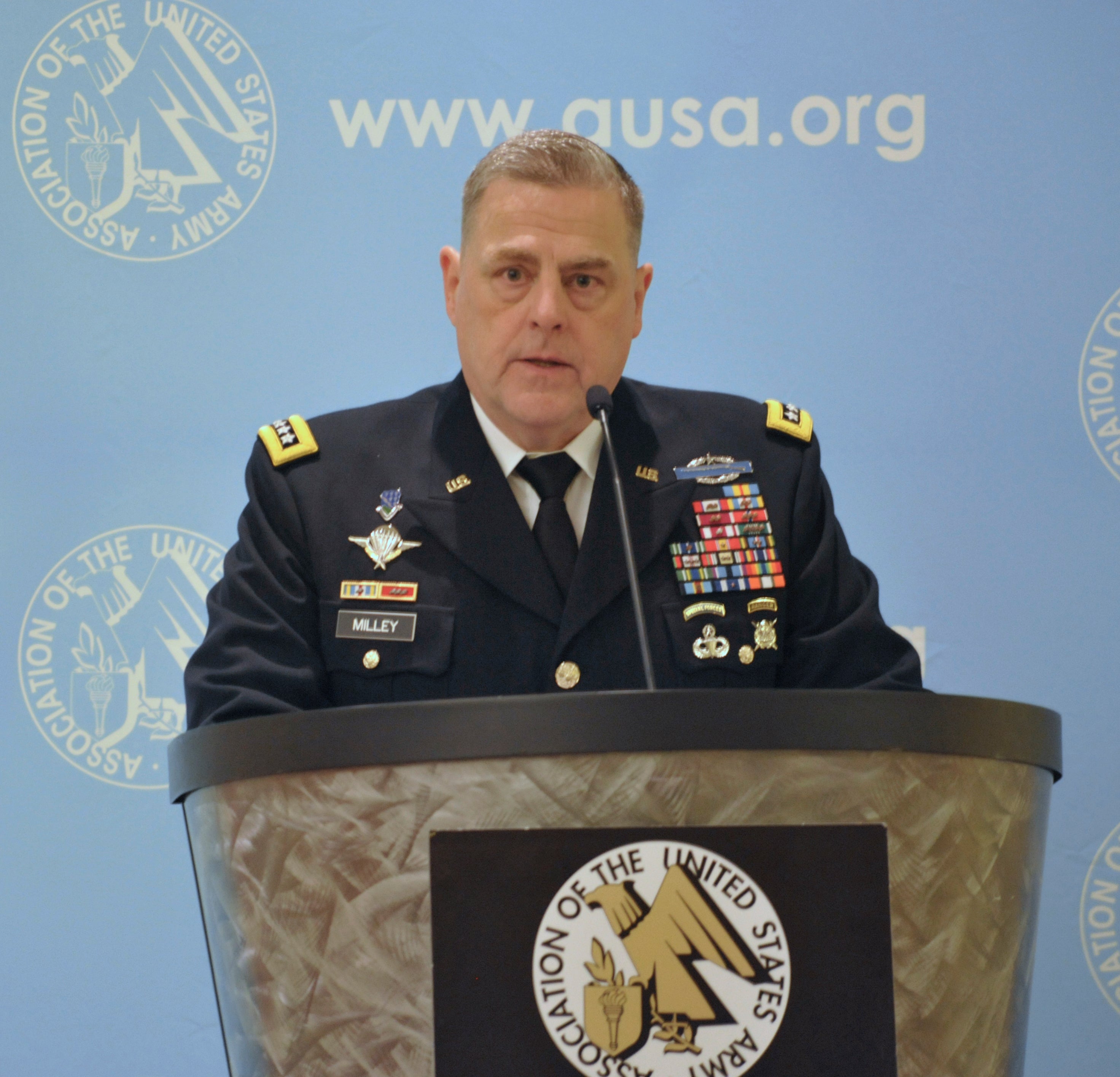 While readiness is Milley’s top priority as the Army’s 39th chief of staff, he said the Army will just be trying to catch up from now through 2020 and will make modest improvements in 2020 to 2025. So-called leap-forward technologies that could change battlefields and tactics will reshape the Army from 2025 to 2050, Milley said at a breakfast meeting of the Association of the U.S. Army’s Institute of Land Warfare. These emerging technologies have the ability to “fundamentally change the character of war,” he said.Potential game-changing technologies include robotics, nanoscience, munitions and advances in information technology, Milley said. Much of the cutting-edge research has commercial origins but will have clear implications for land warfare, he said.In putting readiness first, Milley said he is trying to break the cycles of history where the U.S. has often been “unready” at the beginning of many conflicts. “We cannot allow ourselves to fall into this pattern,” he said.In terms of what the Army needs to be ready to do, Milley had a laundry list of national security risks but the key concerns involve Russia, China, North Korea, Iran and a multitude of terrorist and militant organizations.The two biggest military powers on his list, Russia and China, present different types of threats, he said. As he has said before, Milley said Russia is the greatest existential threat to the U.S. because of its military power and the aggressive nature it has shown since 2008. China also is a strong and quickly modernizing military power, but it has not shown similar aggression, he said. “China is not an adversary at this time,” he said.Sen. John McCain, R-Ariz., the Senate Armed Services Committee chairman, shares Milley’s concerns about Army readiness and capabilities. “Readiness must be the first priority of the Army,” McCain said in a written statement after Milley’s remarks at the AUSA breakfast.“As global instability increases, the Army must be able to maintain an uncommitted force in readiness to respond to unforeseen contingencies. Yet as our Army shrinks, readiness suffers,” McCain said.The Army is “woefully behind on modernization,” McCain said, describing the service as “essentially organized and equipped as it was in the 1980s. The main difference is that it is smaller.”“The Army must modernize for the harsh realities of 21st century warfare,” McCain said. “Our soldiers must be trained and equipped for an increasingly diverse and complex range of threats. They must be able to win against peers in highly lethal, combined arms maneuver; near-peers in hybrid warfare conditions; and determined, unconventional insurgents.”