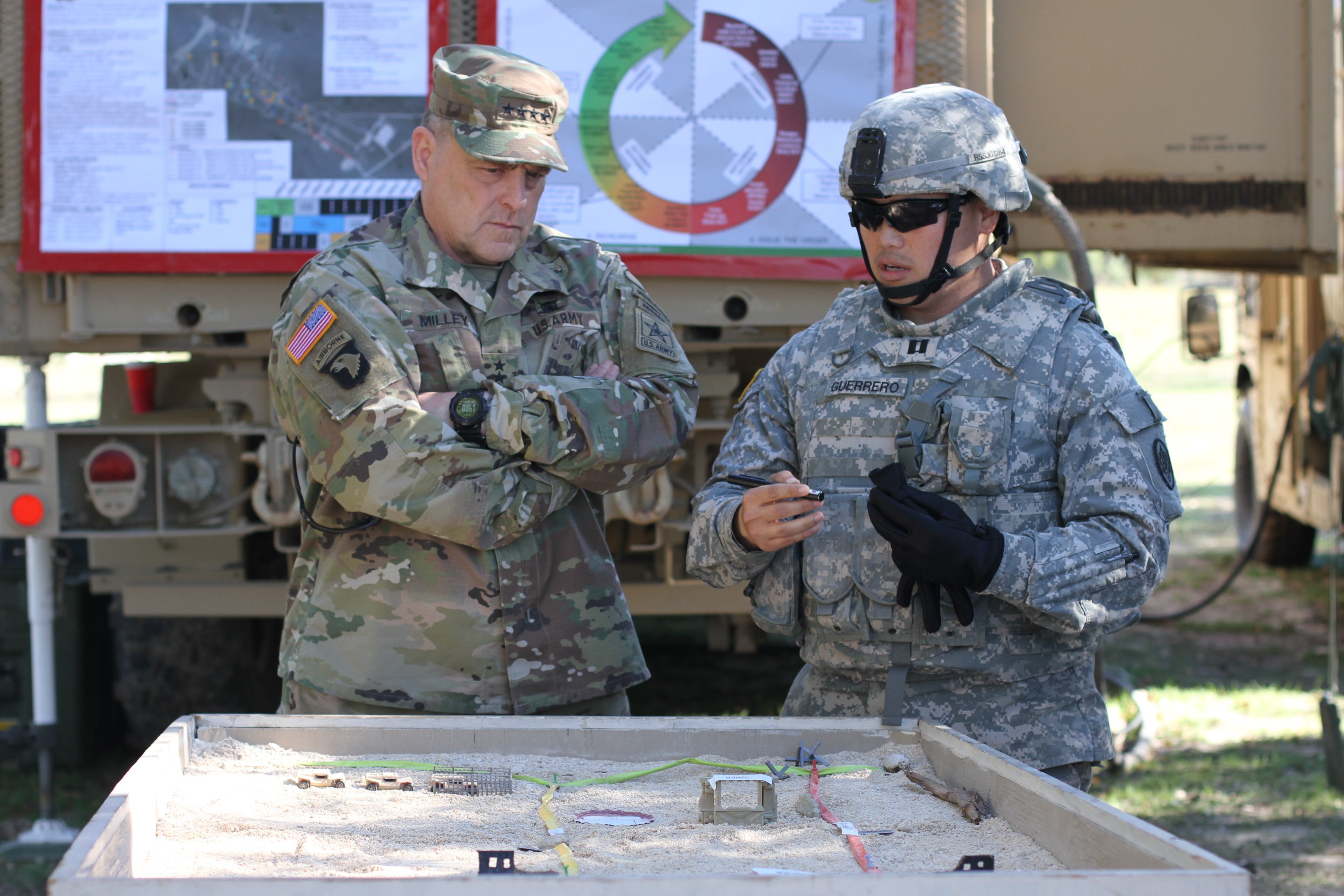 The Army can handle its current slate of counterinsurgency and counterterrorism missions, but budget cuts are putting the force at “high military risk” for fighting and winning in larger, more conventional combat scenarios, the service’s top uniformed official told a congressional panel.“We have sufficient capacity, capability and readiness to do counterinsurgency and counterterrorism,” Army Chief of Staff Gen. Mark A. Milley said at an April 7 hearing of the Senate Armed Services Committee.“My ‘high military risk’ assessment refers specifically to what I see as emerging threats, the potential for great power conflict … specifically the time it takes to execute the tasks and the cost in terms of casualties. Combined, that equals my risk assessment.”The “real issue,” he said, is the prospect of a larger conventional contingency. “Then some really tough choices would have to be made,” he said, noting that two-thirds of the Army’s brigade combat teams would require some time to be brought up to a satisfactory readiness status for deployment into large-scale combat. “In sum, we’re risking the ability to conduct ground operations of sufficient scale and ample duration to achieve strategic objectives or win decisively at an acceptable cost against a highly lethal hybrid threat or near-peer adversary in the unforgiving environment of ground combat,” Milley said.Bringing down his high risk assessment to a “moderate” or “acceptable” level would require a Total Army of 1.2 million soldiers, with an active component of slightly above 500,000, he said. Current plans are on course to reduce the force to 980,000 total and 450,000 in the active component.Some lawmakers want to mandate higher troop levels for the Army. But officials calculate that every 10,000 soldiers require about $1 billion in annual budget authority, so a Total Army that is 220,000 soldiers larger than currently planned would require an additional $22 billion a year to support.“If we were mandated to go to a higher size and didn’t have the dollars, I personally think that would be disastrous for the Army and the nation,” Milley said. “At the end of day, we’d have to mortgage more of our future. We would risk literally having a hollow Army. It would be a big mistake.”If the Army did receive extra funding that could be devoted to readiness, Milley cited three priorities he would spend it on: increasing monthly aviation flight training hours; beefing up home-station training for brigade combat teams; and providing more training for National Guard combat formations.