Milley: Army Must Ensure Soldiers Have What They Need for Complex Battle

Milley: Army Must Ensure Soldiers Have What They Need for Complex Battle 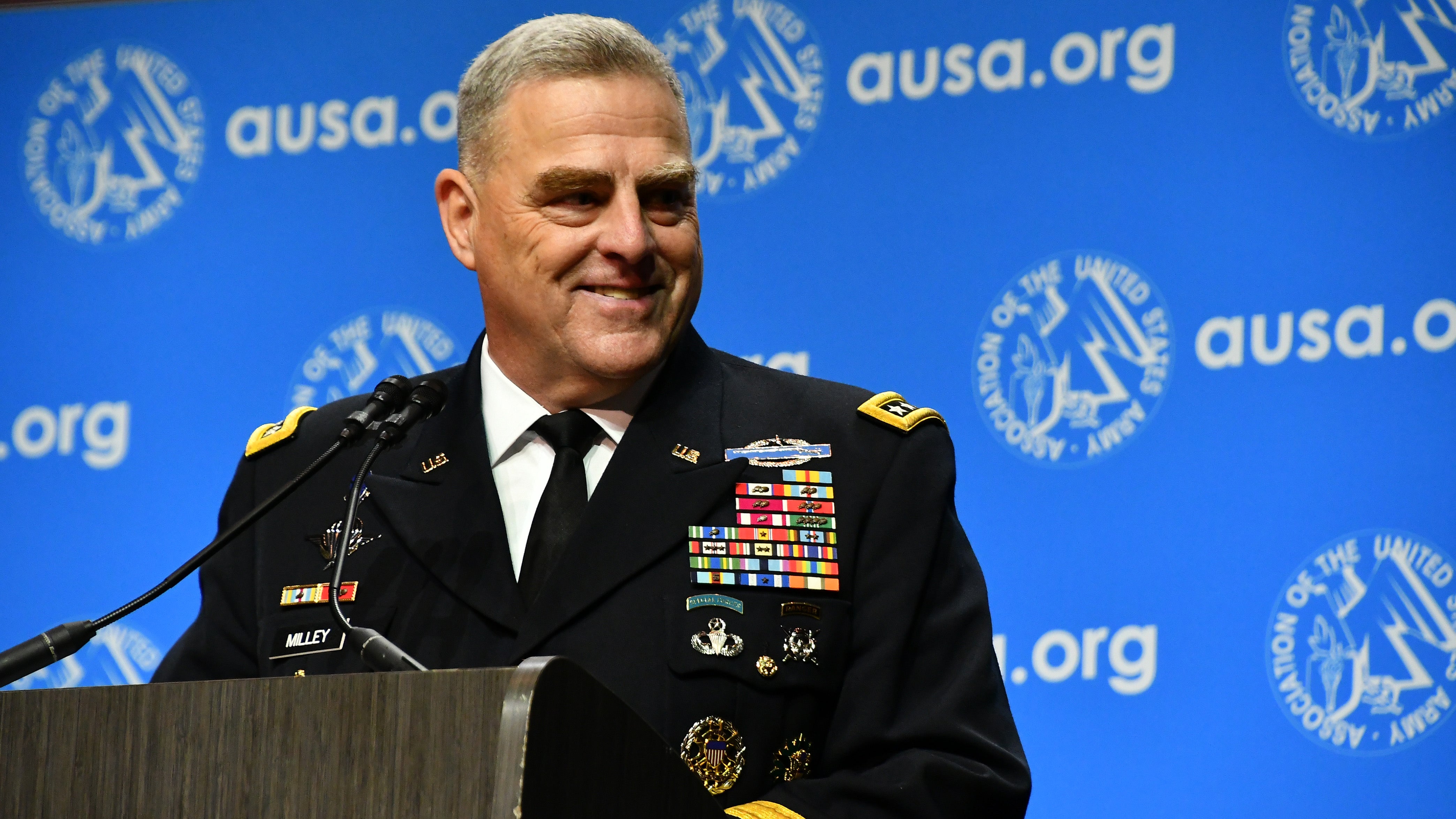 The Army is more capable today than it has been in decades, and it will need to remain at the highest level of readiness as the “faint clouds of a coming storm” creep over the horizon, Army Chief of Staff Gen. Mark A. Milley said in his keynote remarks at the Eisenhower luncheon at the AUSA Annual Meeting and Exposition in Washington, D.C.

The need for a highly effective ground force is critical to the nation’s defense, he said, asserting “the faint clouds of a coming storm are visible on the horizon, and our first duty to our soldiers and our nation is readiness. Readiness today and readiness tomorrow to prepare for that storm.”

In what he acknowledged was his last speech at the annual meeting after more than three years as chief of staff, Milley beseeched the audience of some 3,000 people to remember the sacrifices of soldiers like Sgt. James Slape, a North Carolina National Guardsman who was killed Oct. 4 in Afghanistan; the bravery of former Staff Sgt. Ronald Shurer II, who was awarded the Medal of Honor on Oct. 1 for his courage in battle in Afghanistan in 2008; and Lt. Gen. Thomas Vandal, former commander of 8th Army and the 2nd Infantry Division, who died over the past weekend after a battle with cancer.

“Amid all the headline news, it seems like we hardly notice we're still a nation at war in some places and in others we’re still preventing war and sometimes we lose sight of the heroes like Slape and Shurer and Vandal who make freedom possible,” Milley said.

He put forth that the Army and the U.S. are in the midst of witnessing the “greatest shift in world economic power to occur in five centuries as the global financial center of gravity moves from the Atlantic rim to the Pacific rim with military power sure to follow.”

Issuing a warning on the risk of allowing the Army to backslide into a smaller force or abandoning plans for modernization, Milley said fighting a war is more expensive than maintaining a military and that losing a war, more expensive still. “War is very unforgiving for those unprepared and unfortunately, war is not going away from the human experience. Maybe it will, but not likely in our lifetimes.”

Milley reminded the audience in his final remarks that it is “our job” to make sure soldiers have the best equipment and toughest training led by the finest NCOs and leaders, that soldiers are “hard enough” to face the challenges of close quarters combat and complex battle.

“It’s our job to protect and defend this country and I know we’ll do it. We’ll protect and defend our Constitution so that this experiment in liberty that we call the United States of America, shall not perish from this earth,” Milley said, concluding his remarks by saying it was “the honor of a lifetime” to be Army chief.”