Milley: Army Has ‘Made Tremendous Progress’

Milley: Army Has ‘Made Tremendous Progress’ 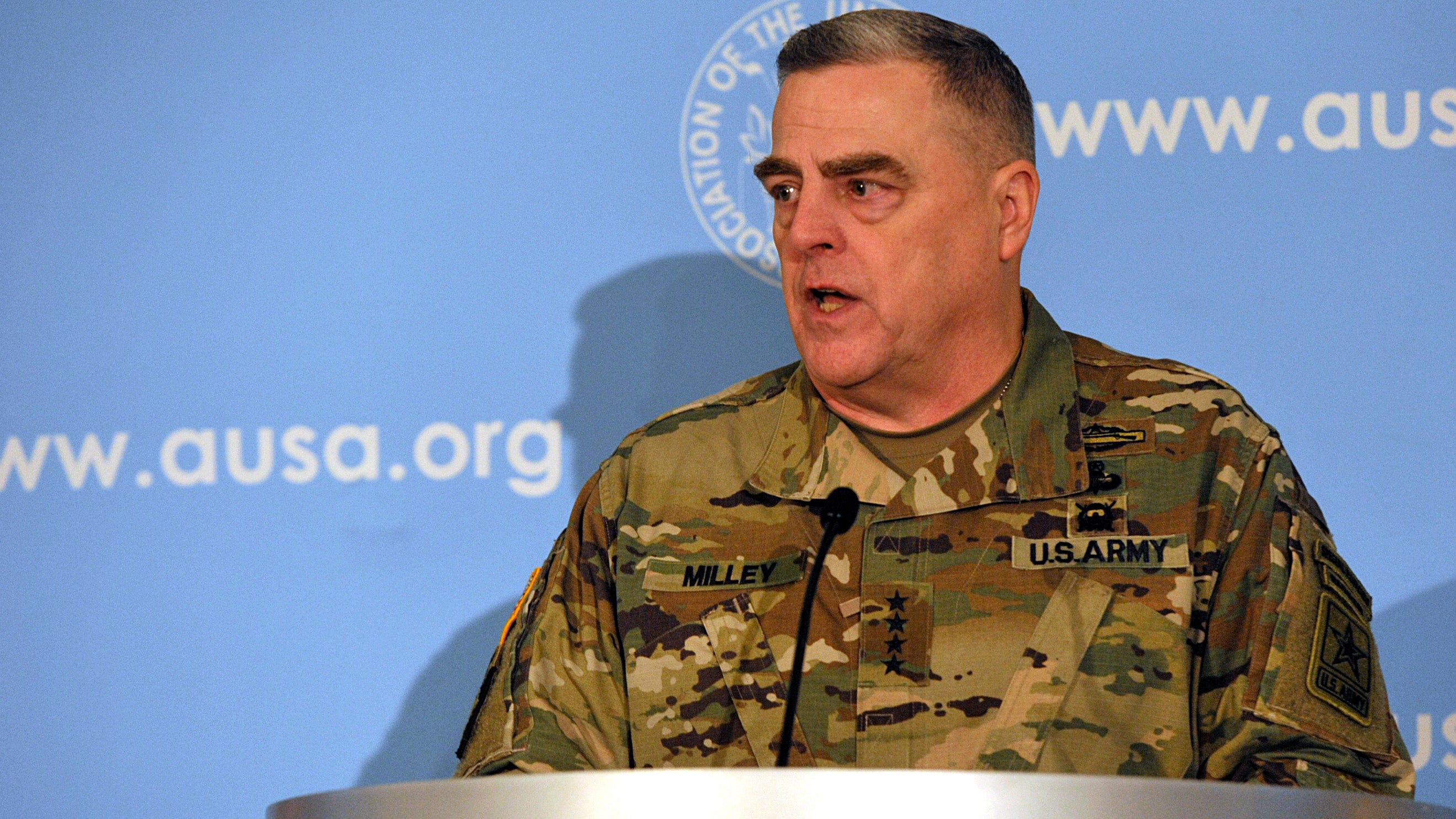 Army Chief of Staff Gen. Mark A. Milley delivered an upbeat message Jan. 16 on the state of the force. “We have made tremendous progress in the last several years,” he said. “We have recovered from depleted levels of readiness brought about by sustained periods of conflict in the current wars and also by reduced levels of defense spending over a period of many, many years.”

“America’s Army stands ready,” he said at a breakfast hosted by the Association of the U.S. Army’s Institute of Land Warfare. “We are ready to deploy and fight and win our nation’s wars if our nation calls upon us.”

That is not to say everything is perfect. “We are not completely out of the hole but we are on the mend,” said Milley, making his fourth annual speech as part of the ILW series of breakfast forums. Milley’s term as the 39th Army chief of staff ends later this year. President Donald Trump has said he intends to nominate Milley to become chairman of the Joint Chiefs, but Milley did not discuss the possible new role.

Instead, he focused on the Army he’s led since August 2015. “As we look to the future, the Army faces a more competitive and volatile international security environment than we have seen in many, many generations,” Milley said. “The Army must be ready. It must be ready now and in the future. We have to do both.”