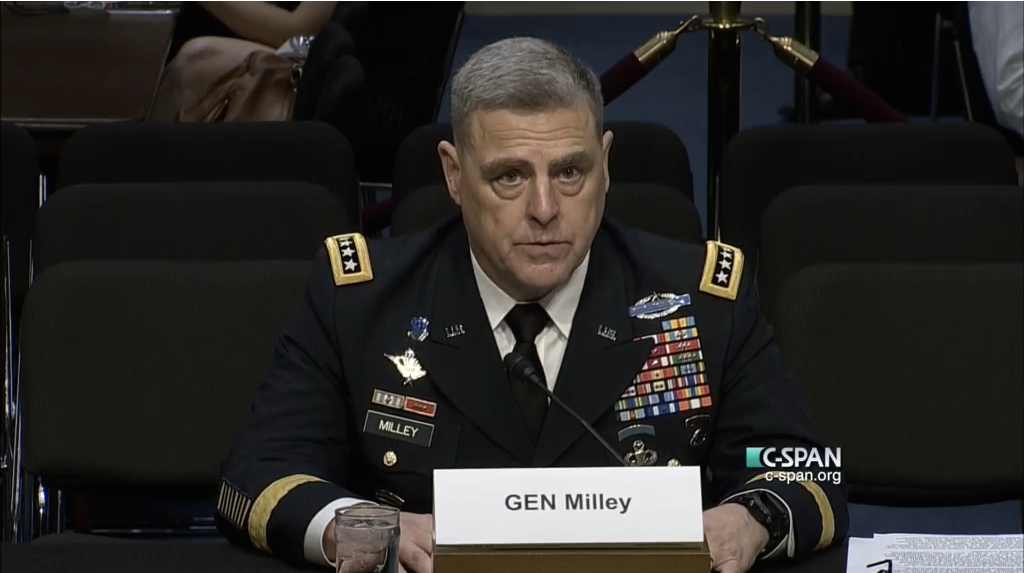 The Army is forced to cut its size because limited funds make it impossible to balance force size with modernization needs and combat readiness, Gen. Mark A. Milley said Tuesday as the Senate considered his nomination to be the next Army chief of staff.Milley, nominated to succeed Gen. Raymond T. Odierno as the Army’s top uniformed officer, said he didn’t favor cutting troop strength and fears deeper reductions may lie ahead. Sequestration, the automatic budget cuts that will happen if Congress and the White House cannot agree on defense and domestic spending caps, would require the Army to keep shrinking while “the demand for ground forces will continue to increase,” he told the Senate Armed Services Committee.His appearance before the committee came as details have been announced about how the Army will cut from 490,000 active-duty soldiers to 450,000 over the next three years. If sequestration happens, the Army could drop as low as 420,000 active-duty soldiers.Currently the Army Forces Command commanding general and a four-star general officer for only a year, Milley said there are national security risks from cutting the Army below 490,000 active-duty soldiers but the long-term risks are even greater if the Army continues to delay weapons research and modernization or if it makes cuts in readiness-related funds.“Readiness is our number one priority,” Milley said. “No one should ever go into harm’s way who is not ready.” He described the risk of a smaller force as taking more time to mobilize and in possibly higher rates of casualties but not of the U.S. losing a war.In written answers to questions, Milley said his vision for the Army was that it “is and must remain the world’s premier ground combat force capable of conducting sustained campaigns” and that it “must be lethal, agile, adaptive, innovative, and expeditionary; armed with leader, technological and training overmatch.”On key issues, Milley said:

Milley’s concerns about the size of the Army didn’t surprise the Senate committee. Sen. John McCain, R-Arizona, the committee chairman, shared the concern. “We are not cutting the Army because the world has become safer or threats to our security have been reduced. In fact, the opposite is true,” McCain said. “I believe there is no strategic rationale for the Army’s strength to fall below its pre-9/11 level of 490,000 troops.”