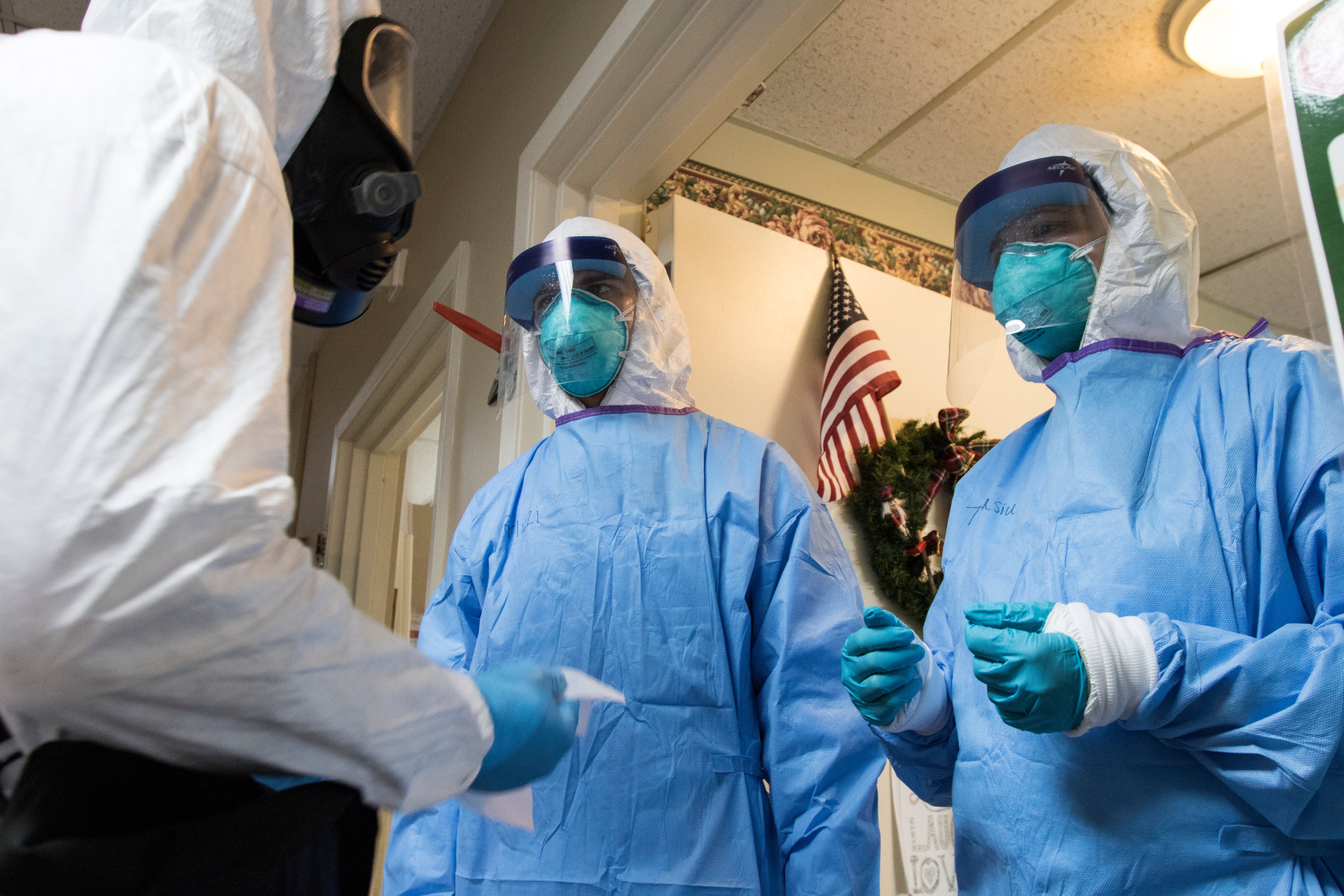 The Military Health System is maintaining its focus on COVID-19 response efforts “all day, every day” as the race for a vaccine continues, a senior official said.

“What we want to do is be able to figure out how we continue that support while moving some of the other significant changes in the system forward,” said Thomas McCaffery, assistant secretary of defense for health affairs.

The MHS—which initially was focused on the continued rollout of its new electronic health record and other major improvements—quickly switched gears to focus on COVID-19-related efforts during the early stages of the pandemic, McCaffery said June 11 during a virtual meeting with reporters organized by the Defense Writers Group.

McCaffery said he now spends 80% to 90% of his time on the MHS response to COVID-19 efforts.

Since the beginning of the pandemic, military medical personnel have helped staff civilian hospitals, Army medical units have deployed to cities such as Seattle and Dallas, and the Navy has sent hospital ships to New York City and Los Angeles, among other efforts.

The pandemic proved to be a unique challenge for medical troops more used to dealing with blast wounds and other battlefield injuries, McCaffery said. “This was very different—a very different enemy,” he said. “As we saw in New York City, we had several hundred of our uniformed medical providers actually helping staff civilian hospitals.”

For its part, MHS is equipped with robust research and development programs that for years have worked on ways to treat and protect troops deployed around the world. DoD began to look to its research experts in January and February to see what could be used to boost the department’s COVID-19 response, McCaffery said.

Those long-term investments put DoD in a “place to be able to leverage research” and shift focus to COVID-19 quickly, he said.

“Our folks are always looking at what’s the next thing on the horizon,” McCaffery said. “What is it that we need to start researching now that we think may be an issue a year from now or two years from now or five years from now?”

According to Army officials, the first phase of human trials for a COVID-19 vaccine could take place late this summer with some 300 people. A second trial with 1,000 volunteers will take place in September, while the third and final phase will involve 30,000 volunteers at multiple locations late in the year.