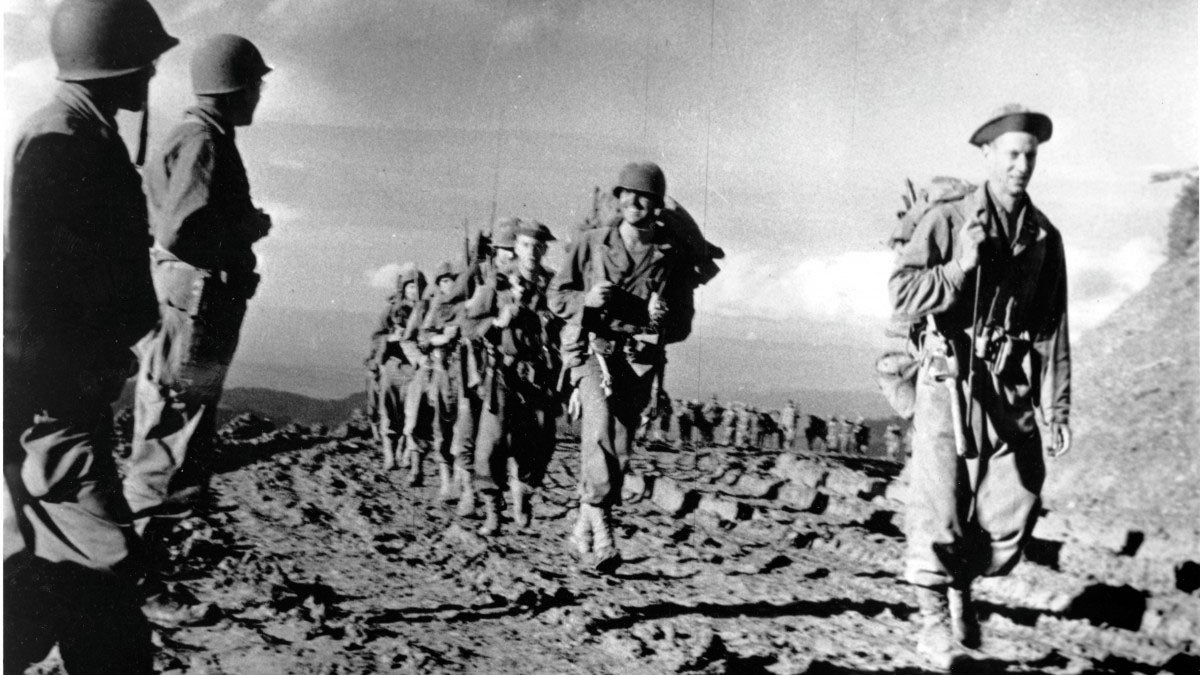 Nearly eight decades after their heroic actions during World War II, the Army’s famed Merrill’s Marauders were honored May 25 during a virtual Congressional Gold Medal ceremony.

The Marauders “answered the call for the most dangerous missions” and “faced the most brutal conditions in the jungles of Burma,” Army Chief of Staff Gen. James McConville said during the ceremony.

“They represent the best of our Army and the best of our nation,” McConville said. “They endured fierce combat, life-threatening illnesses, extreme exhaustion and heat, and in the toughest terrain one can face in battle. Everything they did laid the foundation for the creation of our Army Ranger regiment.”

Named after their commander, then-Brig. Gen. Frank Merrill, the 2,997 Americans who served in the 5307th Composite Unit were known as Merrill’s Marauders. The soldiers marched and fought through the jungles and mountains in Burma, now known as Myanmar, and defeated the Japanese 18th Division in five major and 30 minor engagements, according to the Army.

Of the nearly 3,000 Marauders who fought in 1944, just two remain today—Russell Hamler and Gabriel Kinney.

The virtual ceremony, hosted by House Speaker Nancy Pelosi, was the result of a concerted effort to honor the Marauders. In fall 2020, the Merrill’s Marauders Congressional Gold Medal Act, which was supported by the Association of the U.S. Army, was signed into law after it was passed by the House and Senate.

However, the ceremony also came on the heels of several significant losses to the surviving Merrill’s Marauders. In the past month, three surviving Marauders have died, including Raleigh Nayes, Gilbert Howland and Robert “Bob” Passanisi.

The Congressional Gold Medal ensures that the U.S. will never forget the sacrifices of the Merrill’s Marauders, said Army Secretary Christine Wormuth, who spoke during the ceremony.

“To the surviving members of Merrill's Marauders, your achievements shine brightly as an example for today's 75th Ranger Regiment and all of the soldiers of the United States Army to follow,” Wormuth said. “Your bravery and outstanding service in the jungles of Burma speaks for itself, and the ultimate sacrifice of the soldiers of the 5307th Composite Unit (Provisional) will not be forgotten.”

Kinney, one of the surviving Marauders, reflected on what the Congressional Gold Medal means to him.

“For all of those members that returned to the States when I did, and [those who] passed away and never saw or heard of this medal, I hope that their descendants could be as pleased with and proud of this decoration as I and my family were,” Kinney said. “There’s one other group that we all want to be proud of. That is the young men that were left in Burma and did not get to return. So, let us remember [them] now and forever.”