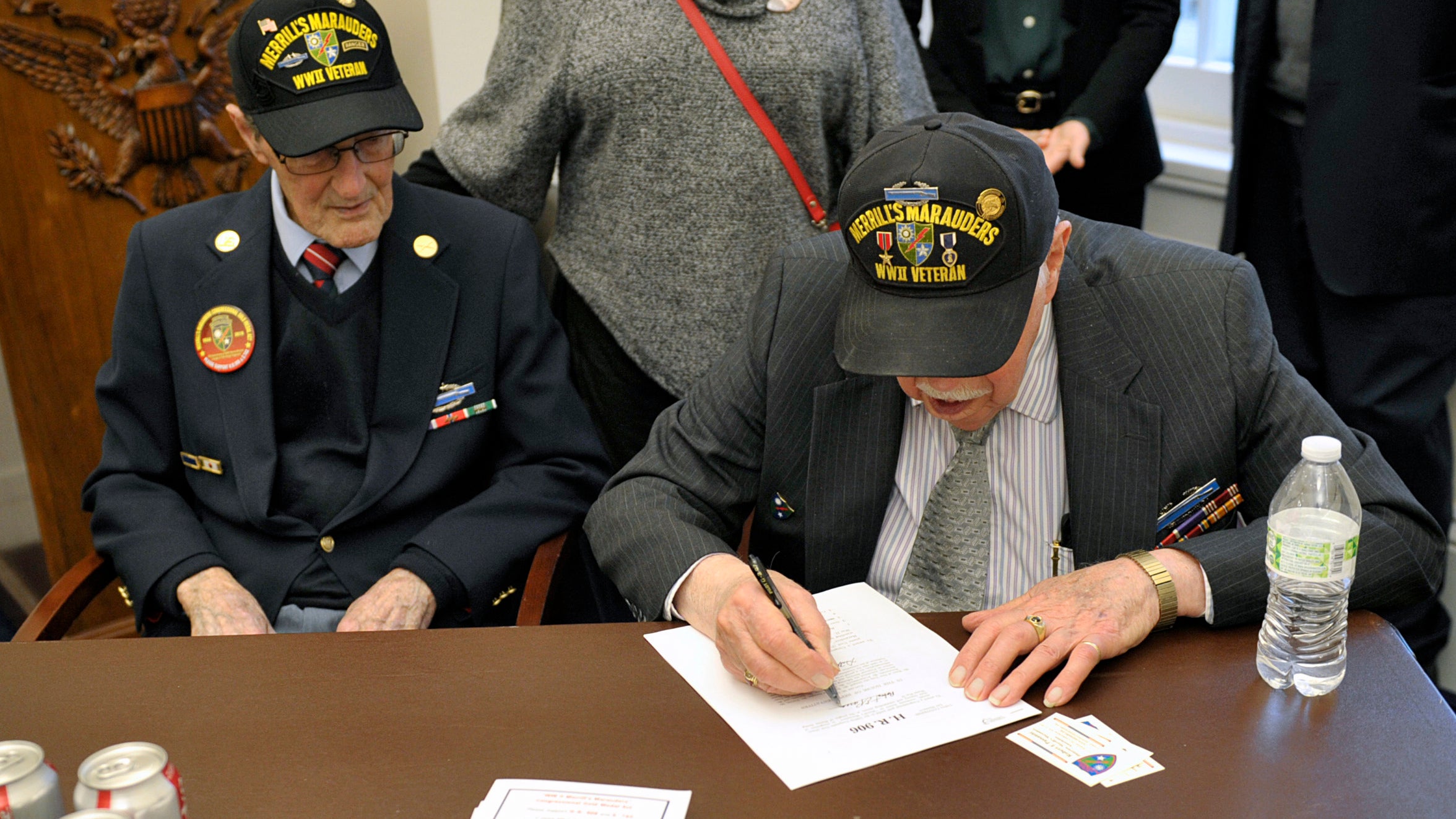 Decades after their heroic actions in the jungles of Burma during World War II, the Army’s Merrill’s Marauders will finally receive the Congressional Gold Medal.

The “Merrill’s Marauders Congressional Gold Medal Act” was signed into law Oct. 17 by President Donald Trump, after the legislation was passed by the Senate and the House of Representatives. A date has not been announced for presentation of the award, which must be designed and struck by the U.S. Mint.

Supported by the Association of the U.S. Army, the act recognizes members of the 5307th Composite Unit (Provisional), who became known as Merrill’s Marauders after their commander, Brig. Gen. Frank Merrill. The legislation passed the U.S. Senate late last year and was cleared by the House on Sept. 22.

Merrill’s Marauders displayed “extraordinary efforts and sacrifices during World War II,” retired Gen. Carter Ham, AUSA president and CEO wrote in a December letter to the co-chairmen of the House Army Caucus. “The volunteers were considered expendable and not expected to survive their mission in the China-Burma-India Theater, today called the ‘forgotten theater’ of World War II.”

“I feel like I’m floating on air. I’m thrilled beyond words,” former Staff Sgt. Robert Passanisi, 96, said from his home in Lindenhurst, New York, shortly after the House passed the legislation.

Passanisi, the Marauders’ historian, is one of only eight still living out of almost 3,000 infantrymen who volunteered for an unknown “dangerous and hazardous” mission in 1943.

That mission was to disrupt Japanese supply lines and communications in Burma, now known as Myanmar, and capture the Japanese-held airfield in Myitkyina.

Carrying only what they could pack on their backs and mules, they defeated the much larger and better equipped Japanese 18th division in five major battles and 30 minor engagements.

They walked farther than any WWII fighting force—almost 1,000 miles—to complete their mission of seizing the Myitkyina airstrip.

After battling not only the enemy but malaria, mite typhus, dysentery, monsoons and isolation, only about 200 “walking skeletons” were capable of combat when they reached the airfield.

“We came together with one single mindset—to accomplish the impossible,” Passanisi said. “My one regret is that only eight of us are alive to enjoy this historic honor.”

“It is a great honor for me and our unit,” Howland said. “I fought in WWII, in Korea in the Pork Chop Hill sector and did two combat tours in Vietnam. But the worse fighting I experienced was in Burma with Merrill’s Marauders.”