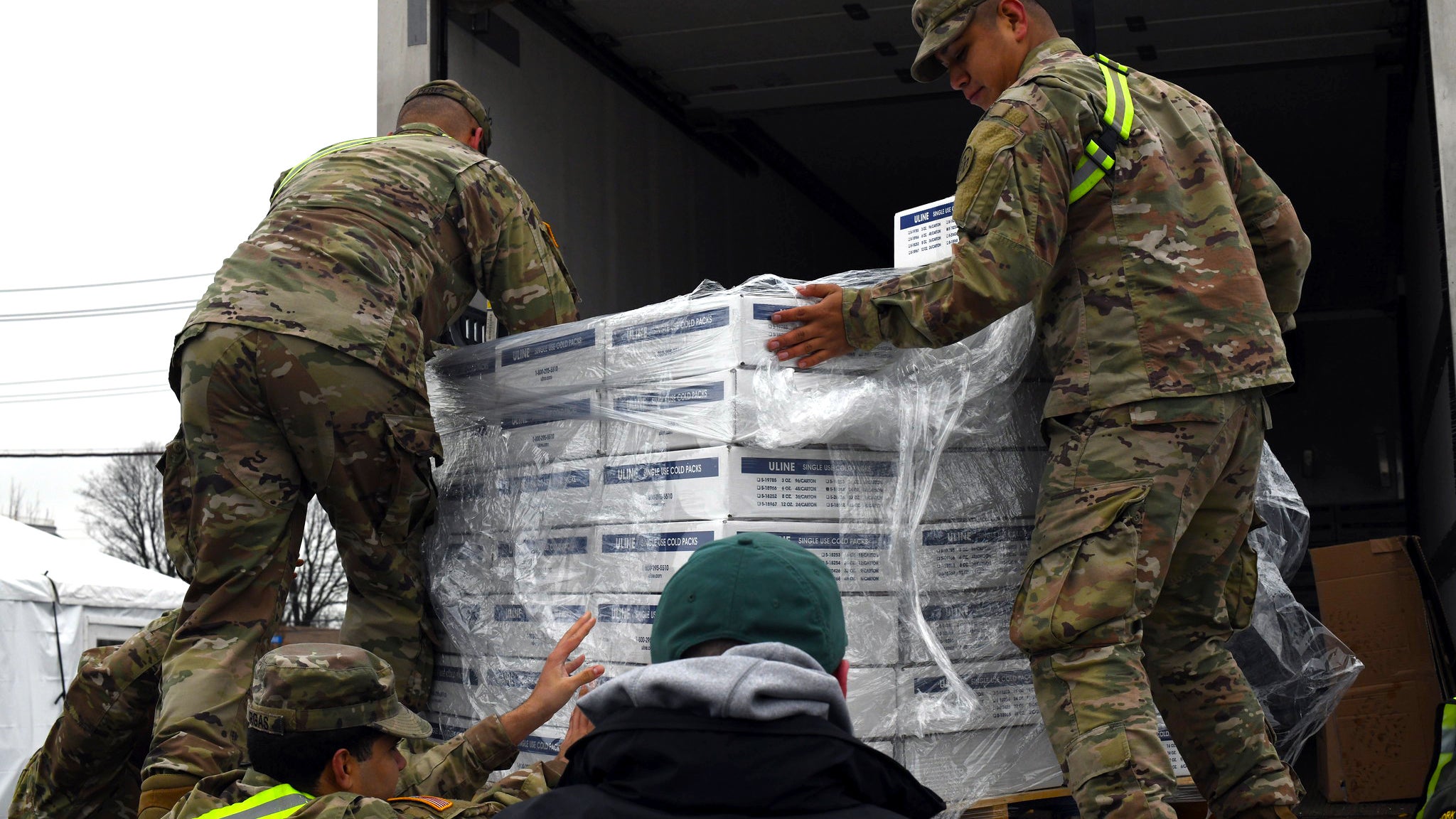 Two military hospital units are expected to deploy this week—one to Seattle and the other to New York City—to support the fight against the COVID-19 pandemic in the U.S., Defense Secretary Mark Esper said.

Five hospital units from across the military, including the Army’s 47th Combat Support Hospital at Joint Base Lewis-McChord, Washington, and the 586th Field Hospital at Fort Campbell, Kentucky, are on prepare-to-deploy orders, Esper said during a news conference March 23.

The two that are expected to deploy this week will be dispatched once the need for them is validated by the Federal Emergency Management Agency, he said. He did not name the deploying units.

Esper said he has spoken with as many as 10 governors who are seeking hospital support for their states. While FEMA will determine what’s needed and where, Esper said he anticipates the military hospital units will provide short-term care until the local communities can set up longer-term medical facilities.

“We’re talking about the need for thousands of beds,” he said, which is far above the hospital units’ capacity. “I see us filling this role where we’re the gap filler. We can then pull out and go to the next site and cover the gap for the next city.”

Meanwhile, all Army medical units have been ordered to assess their capabilities in case they’re asked to support the coronavirus response, Army Chief of Staff Gen. James McConville said.

“Right now, every unit in the United States Army has been told to take a look at their capabilities and capacity,” McConville said during a March 20 news conference with Army Secretary Ryan McCarthy.

As for the 47th Combat Support Hospital and 586th Field Hospital, “we’re getting them set, making sure the equipment’s ready to go, and along those lines, but also we’re taking a look at the impact of what happens when we move various medical professionals from the area,” McConville said.

Personnel who would staff those hospitals also work at medical treatment facilities on installations or are Army Reserve doctors and nurses who have civilian jobs in their communities. The units are evaluating what the impact would be on local community care if the medical personnel are deployed with a hospital, he said.

McConville and McCarthy also pointed out that the hospitals are in tents and configured for battlefield trauma, so they may not be optimal for treating people with infectious diseases on a prolonged basis.

“They can do it. They have the capability, but … they’re tents, and that may not be the best place,” McConville said. “We will see what the role is. We’re trying to anticipate how they will use them.”

The use of the hospitals’ capabilities, McCarthy said, will be decided once the Army is able to offer some “planning and concepts to FEMA.”

“Would they be used just for trauma patients, because people are going to get in car accidents, things are going to happen over and above COVID-19, or do we change the task organization of that hospital with personnel, numbers of beds?” McCarthy said. “So, things could potentially change.”