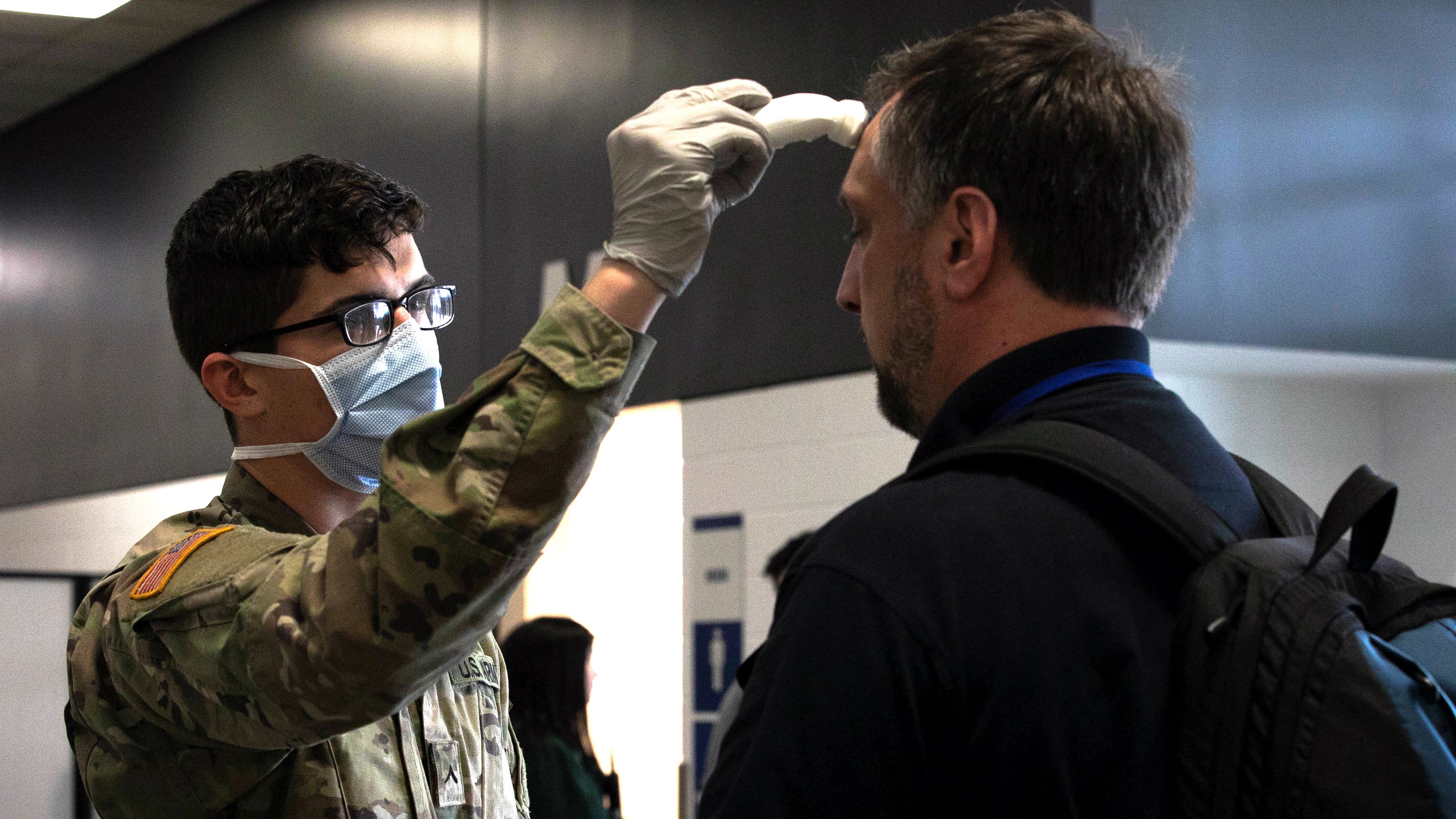 Soldiers learned valuable lessons on the frontlines of the COVID-19 fight in hard-hit New York and New Jersey earlier this year, and they remain ready to respond again if needed.

“I’m really proud of the work that was done there,” Col. Kimberlee Aiello, commander of the 44th Medical Brigade, said during a recent press briefing.

While “no one knew how to care for COVID-19 patients” at the start of the pandemic, Aiello said, service members learned from the medical personnel at the civilian hospitals in the region.

“Because we’re all in this together, we actually learned from our city partners on how to take care of COVID patients and what we needed to do,” she said, adding that processes changed in the Javits Center as they learned.

The center, which became DoD’s largest hospital on the East Coast, treated more than 1,000 patients from March to June, according to a press release.

“When I look at what this mission was and what we’re still learning from and about the COVID-19 virus, I think we did a great job with what we knew at the time,” Aiello said.

Despite being on the frontlines in hard-hit cities, Aiello said she only had a 0.5% COVID-19-positive rate among her staff in New York because of “proper distancing, proper protective equipment” and limiting the staff’s footprint.

“I’ve never been so proud of being part of the organization and the work that I saw,” she said.

Across the river, Urban Augmentation Medical Task Force 332-1, an 85-member Army Reserve unit made up of critical medical personnel from more than 15 specialties, supported COVID-19 operations in New Jersey.

The task force treated COVID-19 patients at the Edison Convention Center in Edison, New Jersey, before moving on to University Hospital in Newark, where they worked “in all areas of the hospital,” including the intensive care unit, emergency room, pharmacy and ambulances.

“Our integration into the hospital was seamless,” said Maj. Erin Velazquez, commander of the task force. “We immediately met with hospital leadership to determine where the greatest needs were so we could have the greatest impact.”

Velazquez said she’s highlighted the need for more nurses, specifically ICU nurses, “because of the critical care that’s needed for some of the COVID patients.”

Since the pandemic took hold of the U.S. in March, Army North, serving as the Joint Land Force Component Command for U.S. Northern Command, has overseen 134 FEMA-approved missions with the support of 9,000 service members, including 3,100 medical personnel from across DoD.

So far, the command has assisted 24 public hospitals and nine alternate care facilities, including field hospitals. Soldiers are continuing to mobilize as Army North now oversees COVID-19 operations in Texas and California, which are seeing a surge in cases.