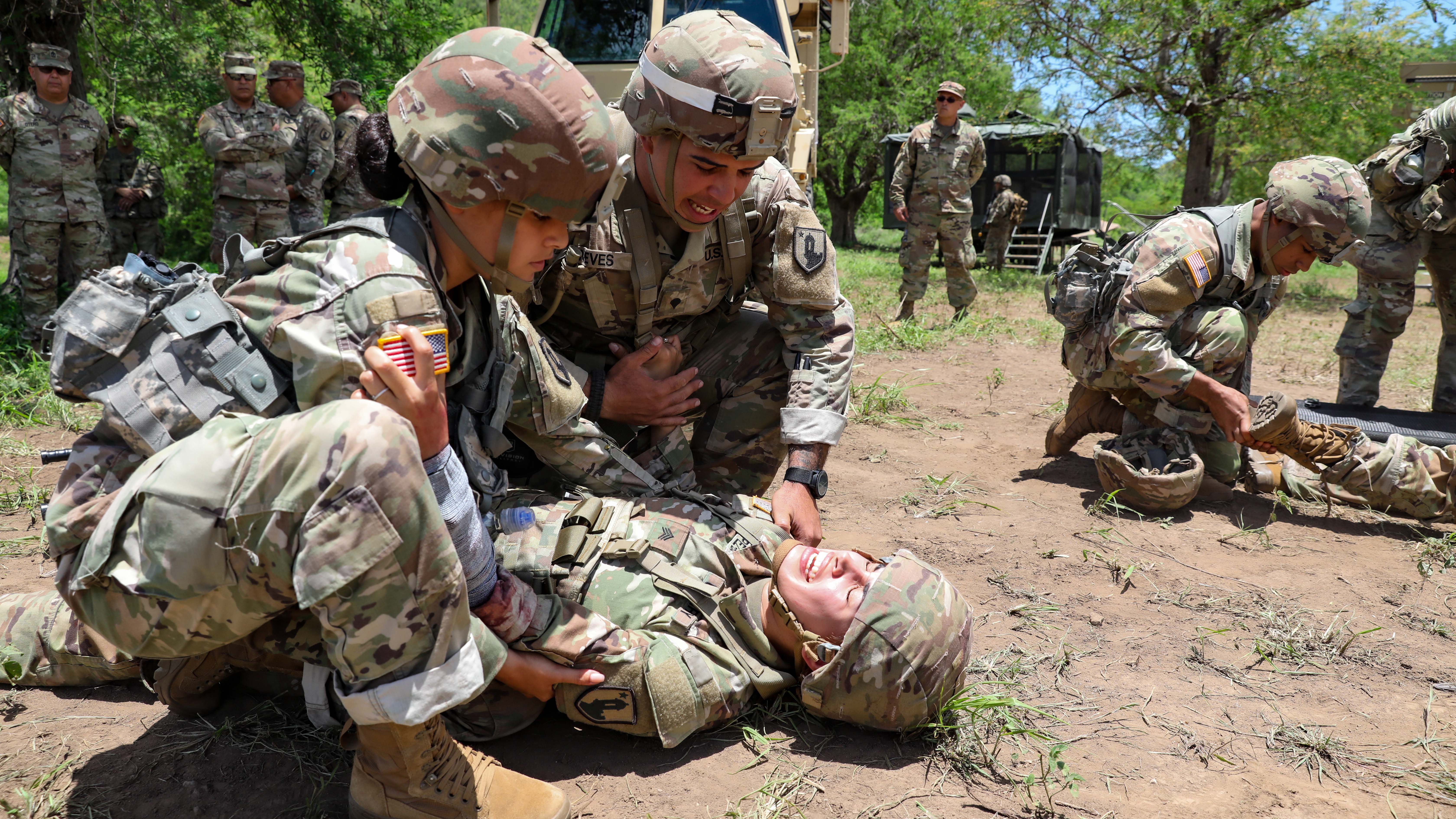 The Army’s medical professionals are already working with their fellow service members, said Lt. Gen. R. Scott Dingle, the Army surgeon general and commander of Army Medical Command. That interoperability was evident when soldiers worked side by side with Navy and Air Force medical personnel during the COVID-19 pandemic.

“It didn’t make a difference what was on the left of your uniform,” Dingle said Sept. 7 during a webinar hosted by the Association of the U.S. Army as part of its Noon Report series.

Every service member was filling a joint mission, where their specialty or skill set was needed “as part of a larger team,” he said. “It was a joint task force, we executed well.”

In combat, he said, the same can be done, not only because of the expertise resident among the medical commands in the respective services, but because of the DoD standard that now requires all medical personnel to be ready at the individual level.

The domestic joint environment, he said, is one where lessons are being learned that can be applied to a multidomain environment.

“My Title 10 responsibility is making sure that the Army force is able to support the Army mission jointly,” Dingle said. “When the joint force surgeon or that combatant commander puts together that joint assemblage of a team to support a joint mission, I submit that we are prepared to do that because of the individual readiness of the Army medical specialties.”

Command Sgt. Maj. Diamond Hough, the senior enlisted adviser to the surgeon general and command sergeant major of Army Medical Command, noted that the U.S. military “has always been a joint force.”

“If you’re talking about the specificity of all the services working on one team, I would prefer to say that we make sure the Army soldiers we train are the best at what we do, and then as we integrate with the rest of our sister services, we’ll be the best teammates we can be,” Hough said during the webinar.

Hough explained that with the reorganization of military medicine under the Defense Health Activity, which lowers the number of medics working at medical treatment facilities, those soldiers are able to train more on their individual critical tasks.

“With the separation now, we get to really focus down on that readiness,” Hough said. “What that means for us is different opportunities to get the training that our soldiers need.”