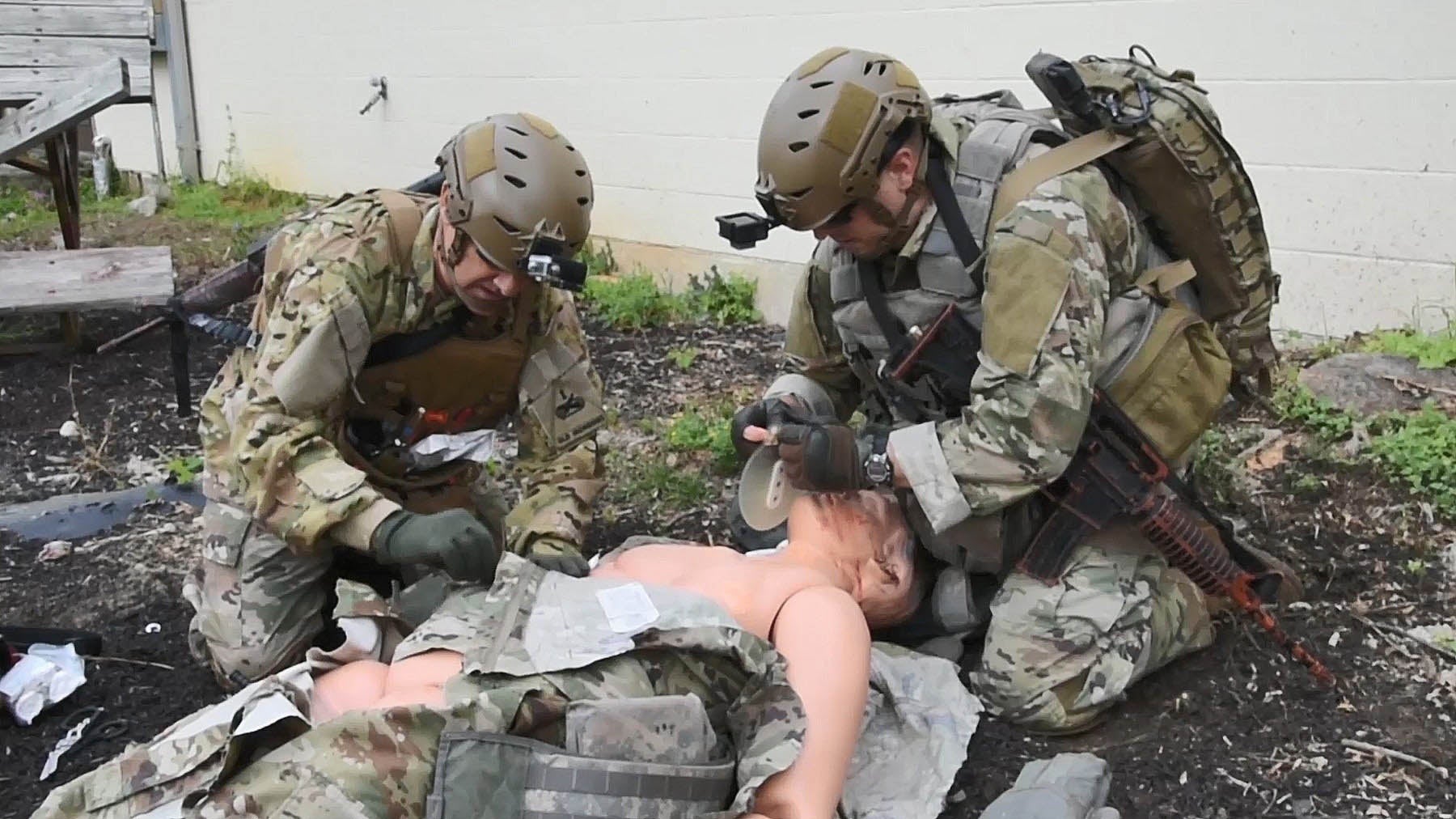 Preparing for the tough and more lethal battlefields of the future requires today’s Army medical community to look to its schoolhouses and its logistics and research commands, a panel of experts said at an event hosted by the Association of the U.S. Army.

Warfare is changing, but ensuring medical readiness is not a new mission. In crisis, conflict and competition over the past 20 years, the medical generating force has been heavily involved, said Brig. Gen. Wendy Harter, deputy chief of staff, G-3/5/7, for Army Medical Command.

“We’ve had medical forces engaged in everything from building partner capacity to humanitarian assistance, disaster response and combat operations, [and] the operating force and the generating force are, really, inextricably linked,” she said Dec. 7 during a panel at the AUSA Medical Hot Topic titled “Holistic Health and the Soldier.”

In Iraq and Afghanistan, the Army established combat support hospitals, provided infectious disease doctors to treat soldiers who were getting infections after suffering from blast wounds, sent clinicians downrange to collect data and lessons learned to improve survivability rates, and more, Harter said. “The generating force is what provided that capability onto the battlefield,” she said.

Additionally, Brooke Army Medical Center in San Antonio is the only Level One trauma center in DoD, seeing up to 7,000 trauma cases a year and providing “trauma reps and sets” to military health care providers, Harter said.

Another example of how the generating force “directly ties to the battlefield,” Harter said, is a mission about two years ago when a joint medical team from Brooke Army Medical Center was activated to bring home from Afghanistan a severely wounded Army Ranger.

The soldier needed extracorporeal membrane oxygenation, or ECMO, a process where blood is pumped outside of the body to a heart-lung machine that removes carbon dioxide and sends oxygen-filled blood back to the body, according to the Mayo Clinic.

Used in critical care situations, ECMO allows the blood to bypass the heart and lungs, allowing those organs to rest and heal, according to the Mayo Clinic.

The team flew for 17 hours straight, refueling in flight, to bring the soldier back to San Antonio, where he received the care he needed, Harter said. Today, that soldier, a triple amputee, is thriving with his family, she said.

His incredible story was possible “thanks to what Army medicine does, both on the operational side and the generating force side,” she said, from the Army-trained surgeons who operated on him at Bagram Airfield, Afghanistan, to the Ranger medics deployed alongside him.

The specialty skills resident in the generating medical force are critical to real-world operations, Harter said.

Looking ahead, the Army must continue to train and develop new technologies for the future fight, said Dawn Rosarius, principal assistant for acquisition at Army Medical Research and Development Command.

“We know the future battlefield will not always be optimal or even desirable for combat casualty care,” she said. “We have to provide solutions that enhance human performance, so our warfighters are armed with prescriptive measures to keep them operating at full potential.”

Army medicine also must continue to be agile and adaptable, Rosarius said. One challenge remains attracting and retaining the best talent, she said.

“For us, getting physician scientists or just PhDs is a challenge, competing with the rest of industry and academia,” she said. “We’re constantly looking at that.”

The Army’s mission means a lot, she said, and “we have folks that really are in this because of the mission and not necessarily because of the pay, although sometimes we have to figure out ways to incentivize them.”