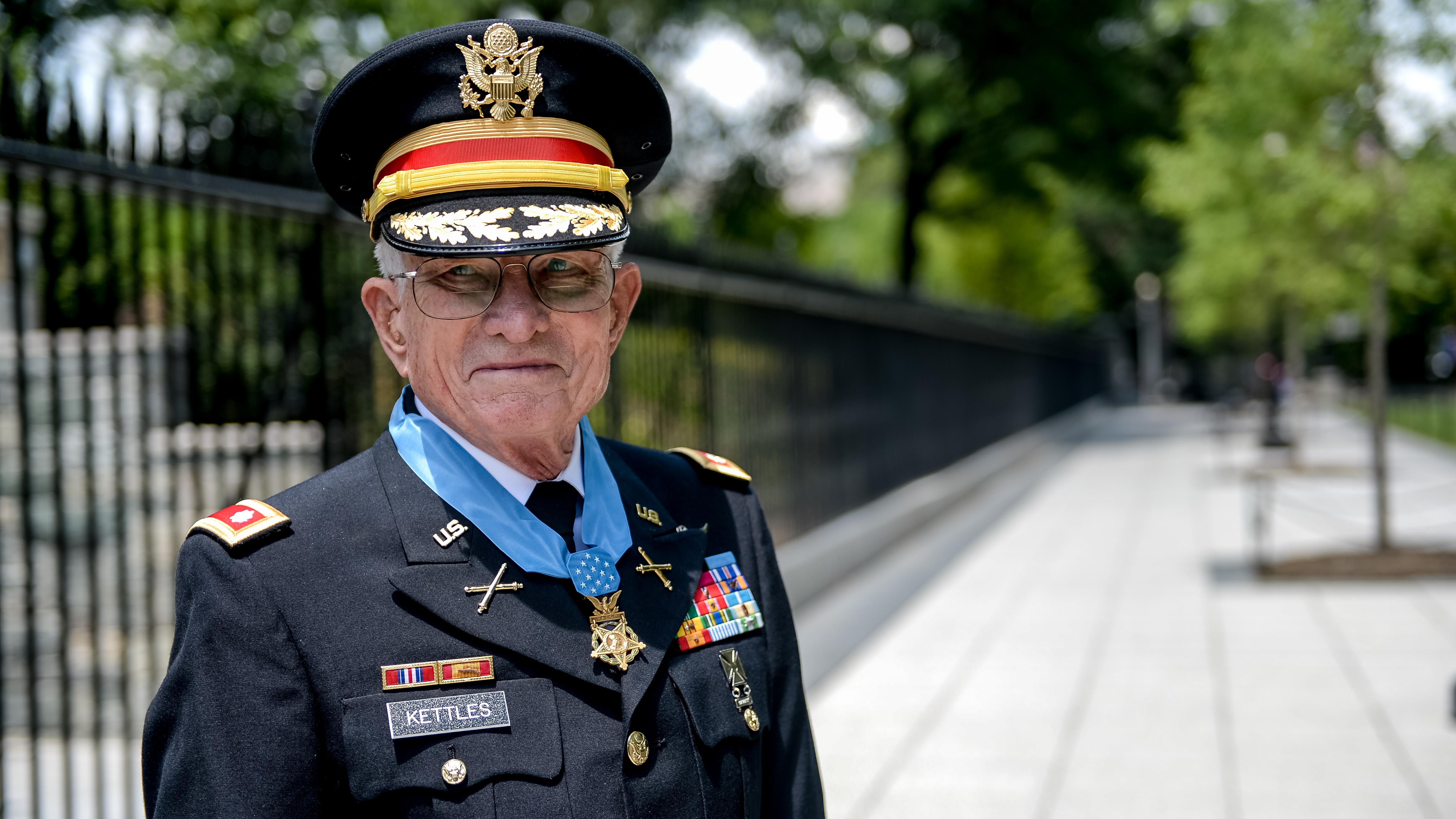 Retired Army Lt. Col. Charles Kettles, a Vietnam War helicopter pilot awarded the Medal of Honor in 2016 for his courageous acts in South Vietnam, has died.

The Ypsilanti, Mich., native, who turned 90 on Jan. 9, was a life member of the Association of the U.S. Army’s Arsenal of Democracy Chapter. He died Jan. 21.

He received the Medal of Honor in 2016 for heroic action on May 15, 1967, while a major with the 176th Aviation Company, 14th Combat Aviation Battalion, Americal Division, hear Duc Pho, Vietnam, leading a platoon of UH-1D helicopters in support of the 1st Brigade, 101st Airborne Division, which was ambushed.

“After leading several trips to the hot landing zone and evacuating the wounded, he returned, without additional aerial support, to rescue a squad-sized element of stranded soldiers pinned down by enemy fire. He is credited with saving the lives of 40 soldiers and four of his own crew members,” according to a White House statement about the Medal of Honor.

President Barack Obama, who presented the medal to Kettles in 2016, said at the time, “Forty-four men came home because Chuck Kettles believed that we leave no man behind. That’s America at our best.”

In a 2018 interview with Press & Guide, a Southgate, Mich., newspaper, Kettles said he had volunteered to return to active duty for service in Vietnam after seven years in the Army Reserve because “the Army was screaming for pilots.”

“They spent several hundred thousand dollars training men, and at that point I had six children. In fairness to the youngsters, I went back on active duty to do my share,” he said in the interview published as he was named grand marshal for the Memorial Day parade in Dearborn, Mich.