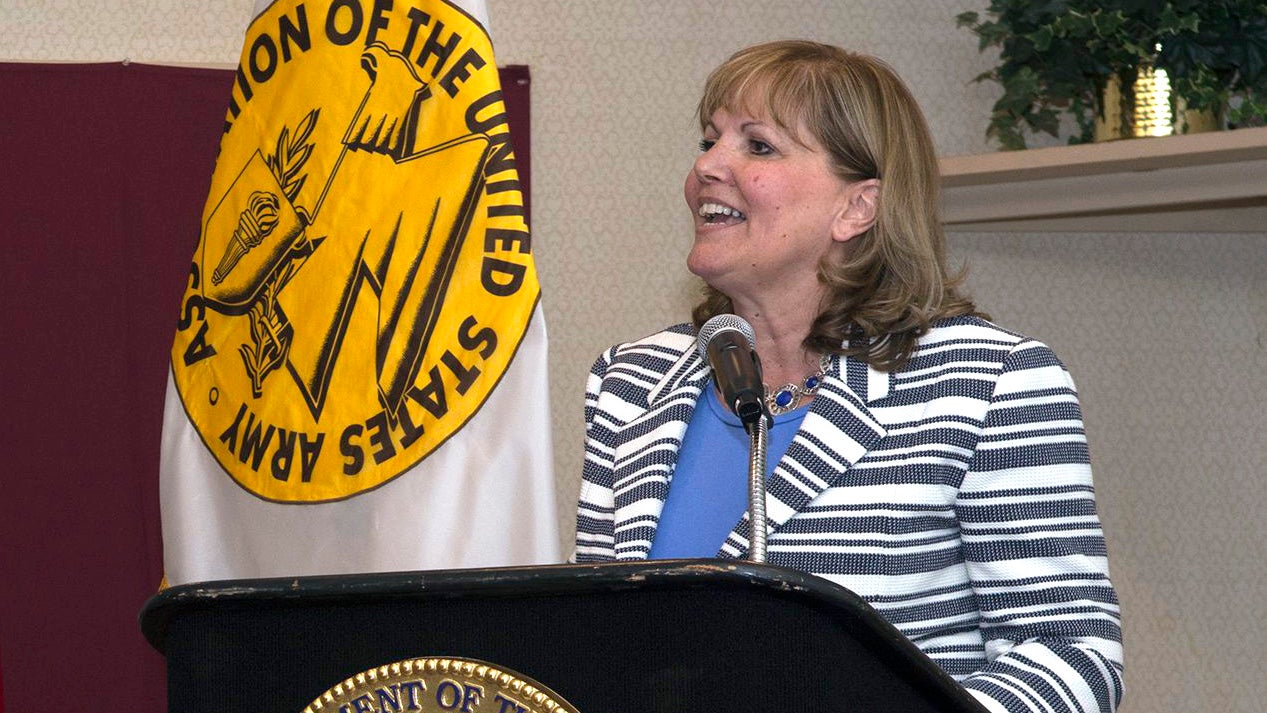 After more than five years of service, retired Lt. Gen. Patricia McQuistion is retiring from the Association of the U.S. Army.

McQuistion, the association’s vice president for membership and meetings, has been with AUSA since 2015. Her lasting impact on AUSA cannot be overstated, said retired Gen. Carter Ham, AUSA president and CEO.

“She brought energy, focus, imagination and whole-hearted commitment to AUSA’s mission, to our AUSA National family and to our incredible cohort of volunteer leaders at the Region, State and Chapter levels,” Ham said.

At AUSA, McQuistion had wide responsibilities, including supporting the association’s 122 chapters around the world and overseeing events such as AUSA’s Annual Meeting and Exposition in Washington, D.C. Before AUSA, McQuistion served in the Army for 35 years, including as deputy commanding general for Army Materiel Command at Redstone Arsenal, Alabama.

“I love AUSA,” McQuistion said. “I’m sorry to leave and will miss being part of the staff, but I plan to stay connected and support as much as I can.”

She also expanded AUSA’s scholarship program, allowing the association to support the education goals of more members than ever before.

McQuistion made a big impact on AUSA in a short amount of time, said Alex Brody, AUSA’s director of meetings. “She helped take AUSA in a new direction from day one,” he said. “Her impact on this organization will be felt for years to come.”

Her achievements are “too long to list here, but what stands out is the incredible growth of our membership program,” Brody added.

Five years ago, AUSA membership numbered fewer than 60,000, he said. “Today, we have more than 240,000 members. That is nothing short of phenomenal, and it’s a testament to Lt. Gen. McQuistion’s creativity and leadership ability.”

John Davies, AUSA’s director of membership, praised McQuistion’s passion and energy for supporting soldiers, their families and those who support them.

“Her outside-the-box thinking has led to a number of programs, all contributing to raising that level of support while growing the membership and furthering the mission to educate, inform and connect,” he said.

Davies also credited McQuistion with improving the relationship between AUSA National and its Regions, States and Chapters. Ham agreed.

“While these and many more individual accomplishments are extraordinary and worthy of note, I think her greatest contribution has been in fostering a sense of common purpose between AUSA National and our Regions and Chapters,” Ham said. “I’ll miss her wise counsel, her innovative thinking and her genuine passion for her team, for our association and for the soldiers, families, veterans and businesses we support.”