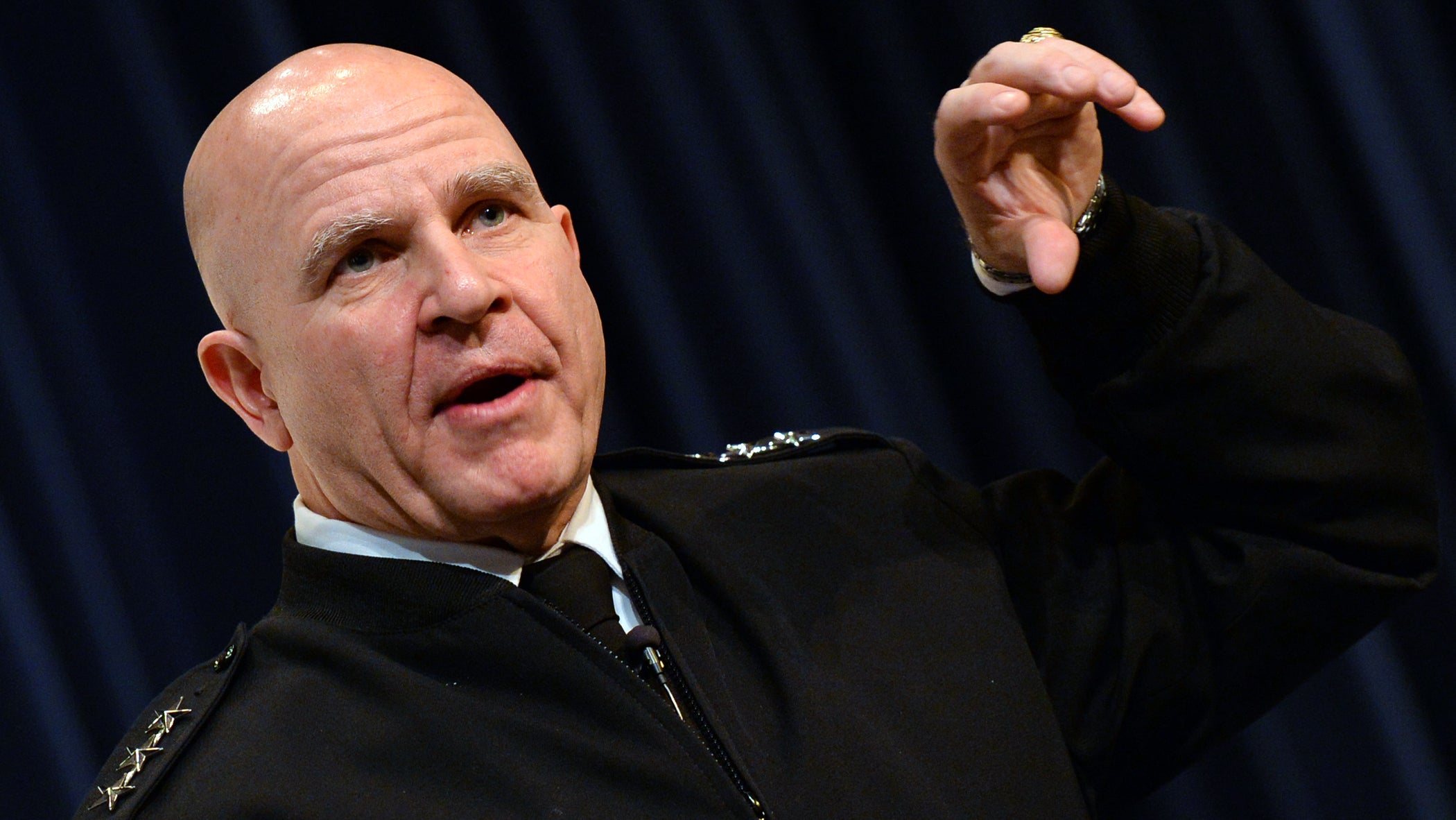 Retired Lt. Gen. H.R. McMaster, the former national security adviser who served 34 years in the Army, will speak during a webinar hosted by the Association of the U.S. Army.

McMaster, who retired from the Army in 2018, will discuss his book, Battlegrounds: The Fight to Defend the Free World.

The event, part of AUSA’s Thought Leaders series, begins at 10 a.m. Eastern Dec. 4. The event is free, but registration is required here.

McMaster, a 1984 West Point graduate, served as national security adviser for just over year, until March 2018. He previously was director of the Army Capabilities Integration Center and deputy commanding general of Army Training and Doctrine Command. He also commanded the Maneuver Center of Excellence at Fort Benning, Georgia, and served multiple combat deployments, including to Iraq and Afghanistan.

He taught history at West Point and holds a doctorate from the University of North Carolina at Chapel Hill. His previous work includes Dereliction of Duty: Lyndon Johnson, Robert McNamara, the Joint Chiefs of Staff and the Lies that Led to Vietnam.

His latest book, Battlegrounds, examines American foreign policy and efforts to reassess and shift those policies while he was national security adviser, according to promotional material for the book.

America and the free world have fallen behind rivals in power and influence, McMaster writes, while threats to security, freedom and prosperity have grown. In the book, McMaster goes on to call for readers to transcend partisan political discourse, better educate themselves about the most significant challenges to national and international security and work together to secure peace and prosperity for future generations.