McHugh: Army Needs to Challenge Soldiers to Keep Them

McHugh: Army Needs to Challenge Soldiers to Keep Them 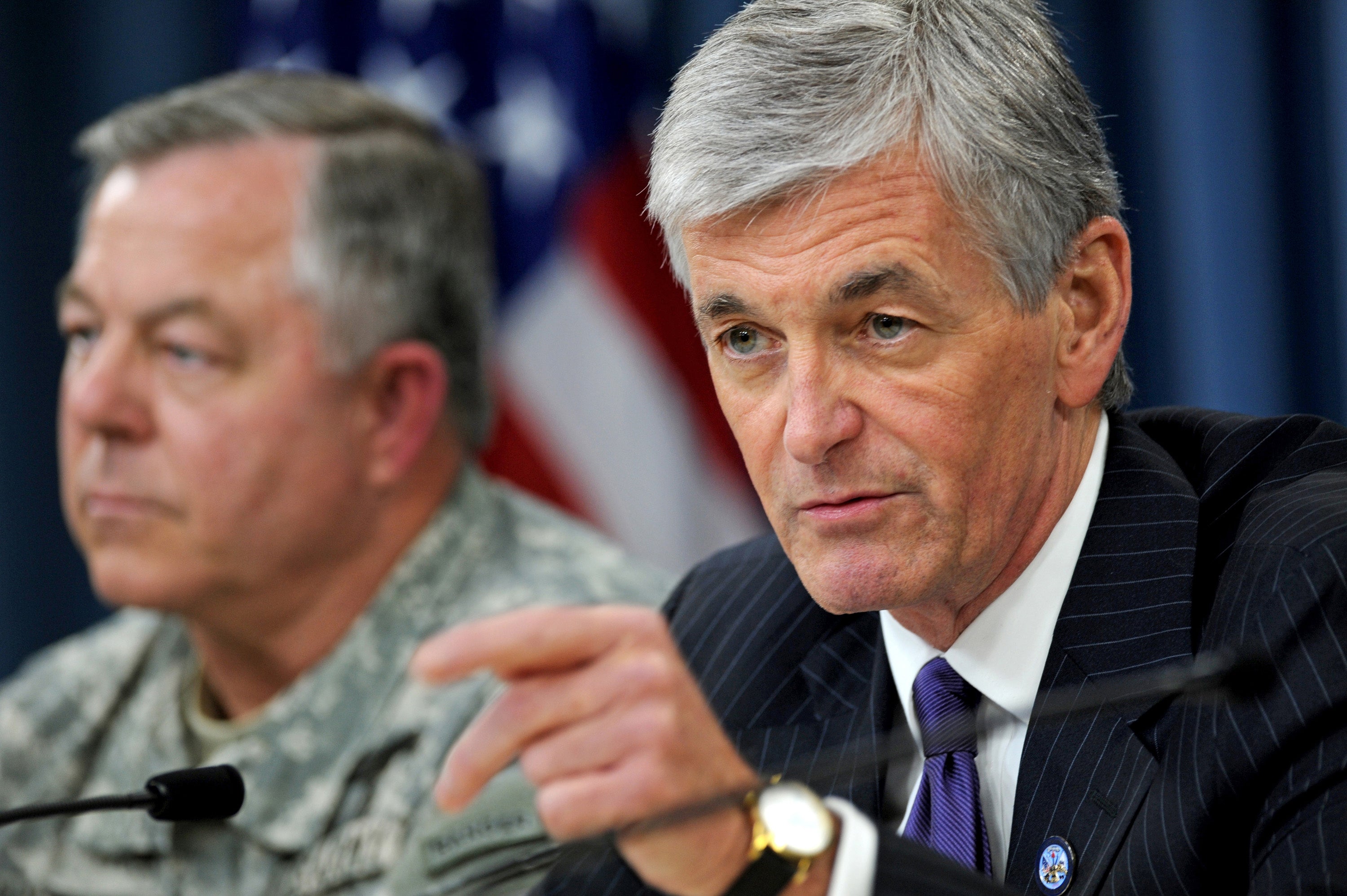 Secretary of the Army John M. McHugh expressed two concerns as he nears the end of a six-year run as the service’s top civilian: He’s worried budget caps or deeper cuts will create a situation where the Army won’t be able to adequately respond to some future national security threat; and he’s worried about keeping combat-experienced soldiers interested and challenged in post-war jobs.McHugh has announced he intends to retire by Nov. 1, shortly after the Association of the U.S. Army’s Annual Meeting and Exposition.Speaking Sept. 15 at a forum sponsored by the American Enterprise Institute in Washington, D.C., McHugh said he left Congress in 2009 to become Army secretary with goals in mind, such as reforming weapons buying and improving education and training for civilian personnel, but will leave with only partial success on both fronts because higher priorities arose. “You have to deal with the wolf closest to the sled,” said McHugh, a native of Watertown, N.Y.The Army needs stable funding to improve readiness, McHugh said. About 32 percent of Army combat formations are combat-ready today, a status that creates risk. “Readiness has to be our number one concern at the moment,” he said, expressing concern that having to live with reduced funding—a threat resulting from political budget impasses—could leave the Army “in a very, very bad place.”If funding is reduced, the Army will need someone to explain what missions could be dropped, McHugh said. “Frankly, when I look at the world right now, I cannot tell you what that might be,” he said. “This is a critical turning point for the Army, the Department of Defense and the nation.”While the wars in Iraq and Afghanistan are winding down, the world remains a dangerous place, with more than 136,000 soldiers deployed, forward-stationed or ready to deploy, McHugh said. The nation is “dealing with challenges that were largely unforeseen.”The “good news,” he said, is that soldiers of all ranks have long shown the ability to adapt, which they are doing now.In 26 trips to the Iraq and Afghanistan combat theaters, McHugh said he was always amazed at the responsibilities and authority of young officers that “always seemed two or three grades higher than in conflicts past.” Those officers, many now majors and lieutenant colonels, have to have meaningful service between wars, he said. The worst thing that could happen “is boring them to death in garrison.”To prevent boredom that could result some of the best-performing combat veterans to leave, the Army needs to broaden career opportunities, do a better job of providing interesting and demanding training in garrison, and also pick up the pace of rotations to training centers, McHugh said. “We need to do everything we can to make life in uniform a challenge to our soldiers,” he said. “Nobody likes a war, first of all a soldier, but we need to be creative about how to keep them excited."