McConville: ‘We Have to Deliver’ on Modernization

McConville: ‘We Have to Deliver’ on Modernization 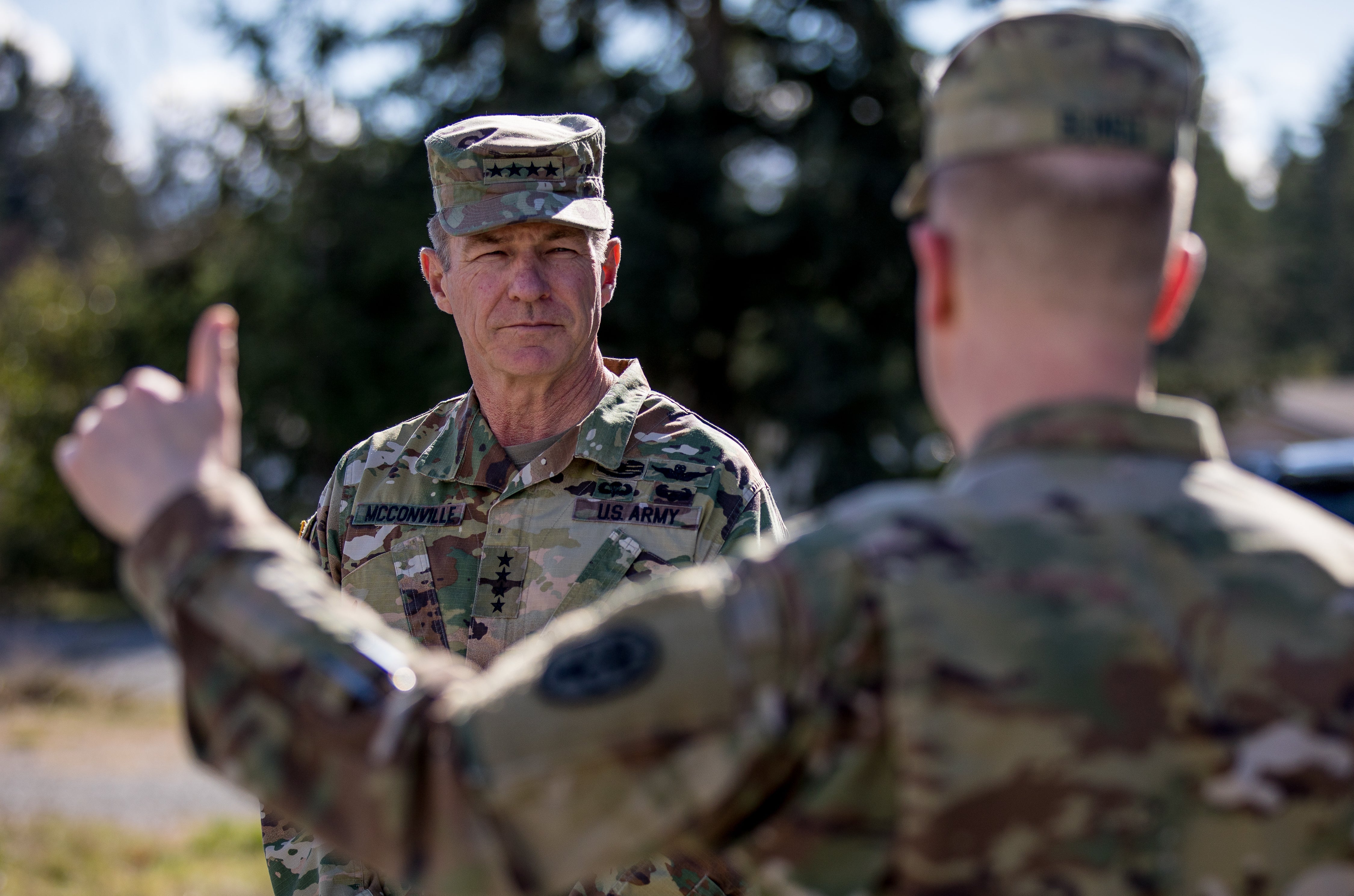 The Army must follow through on its top modernization priorities, even in an era of tightening budgets, if it wants to maintain an edge over near-peer competitors, senior leaders said.

“We’re trying to deliver the best Army we can within the resources we have,” Army Chief of Staff Gen. James McConville said.

With a $173 billion budget request for fiscal 2022, which is a $3.6 billion reduction from the previous year, the Army has stopped growing troop strength—maintaining the Regular Army at 485,000 soldiers and the Army National Guard and Army Reserve at about 525,500 troops.

Leaders also are striking a delicate balance to preserve the Army’s readiness without compromising on its 31+4 signature modernization programs.

“Readiness is fragile,” McConville said. “You have to continue to invest in it because it can very quickly go away.”

“It’s time now to transform the Army, and that’s where our modernization priorities come in,” he said.

The Army has already made some tough decisions, moving about $35 billion from lower priority programs to pay for modernization programs. But “we want to make sure we can deliver them,” McConville said. “We feel we have to deliver them.”

Murray said the Army has been “very, very consistent” with its six modernization priorities—Long-Range Precision Fires, Next-Generation Combat Vehicle, Future Vertical Lift, the network, air and missile defense and soldier lethality—and he doesn’t expect the service to deviate from them.

“We’ve got a great start with the 31+4 signature efforts, and it’s time for transformational change, and it’s all based upon how we’re looking at the future, the capabilities we know we’ll need in the future,” he said.

If the Army doesn’t take advantage of the momentum it’s gained, “I’m just fearful we’ll be on version Zulu of the equipment we have right now, which is already being outpaced in a lot of places around the world,” Murray said.