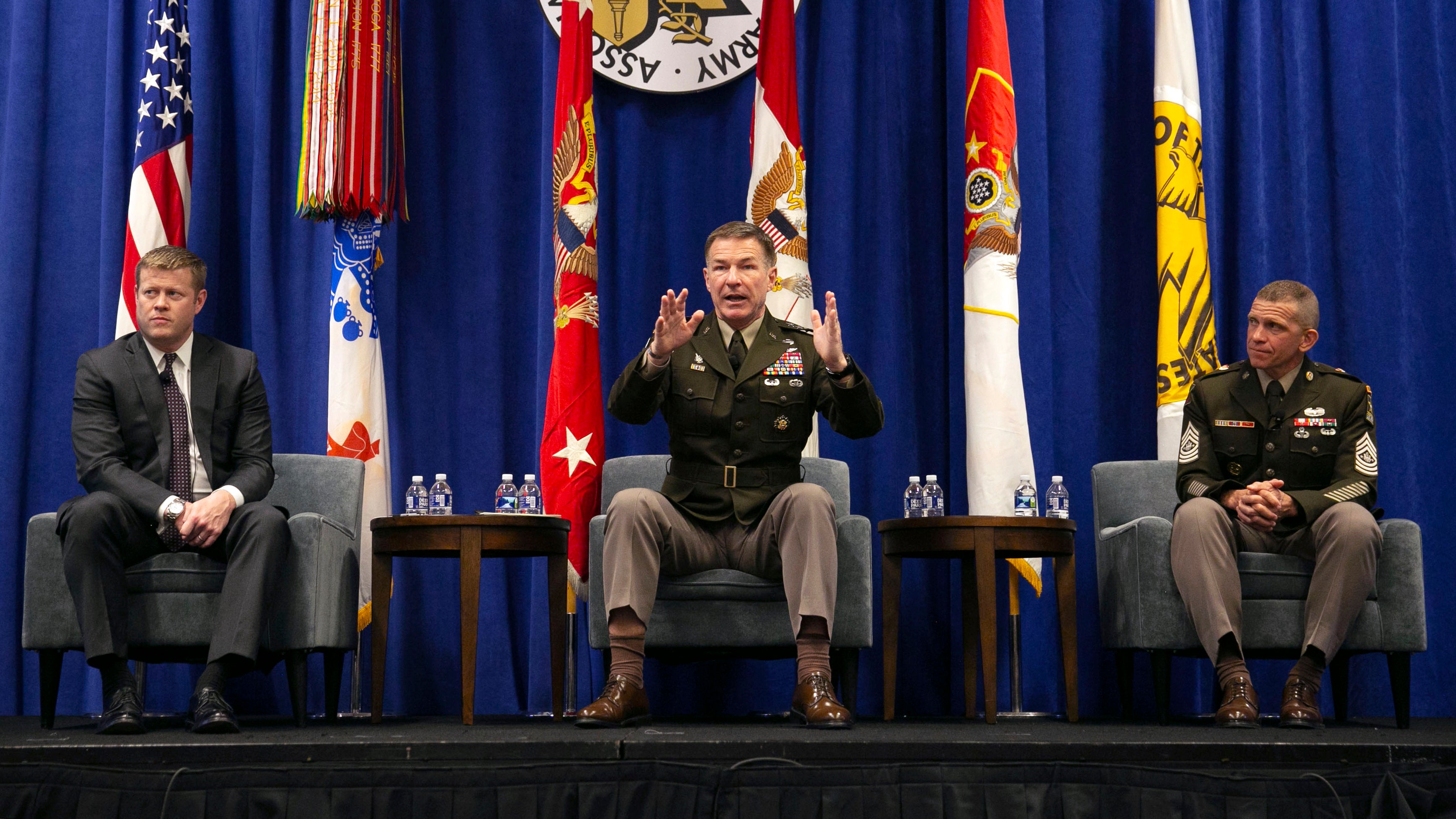 The Army is looking for ways to make PCS moves easier for soldiers and families, but Army Chief of Staff Gen. James McConville is not in favor of moving families during off-peak season.

“[S]ome people are talking about, ‘Hey, we’ll move soldiers off peak’—I don’t sign up for that,” McConville said during a senior leadership town hall Oct. 15 at the Association of the U.S. Army’s Annual Meeting and Exposition.

Families tend to move in the summer—the peak permanent change-of-station moving season—because children are out of school, he said.

“I sign up for making less moves or stabilizing people longer, but we’re not going to have the soldier moving in March and the kids getting pulled out of school,” he said. “I don’t support that.”

While no changes are being announced yet, McConville said, senior leaders want to receive feedback. Secretary of the Army Ryan McCarthy and Sgt. Maj. of the Army Michael Grinston were also on stage to address questions and comments.

When the top leaders were asked about longer assignments at duty stations so families can have stability, McConville said it was a good idea—a response that received applause from the audience.

McConville addressed the talent management system, adding that he doesn’t see why people can’t stay in the same location for several years at a time.

“Part of the future that we see in the talent management system is we do look at preferences … where you want to go and what you want to do,” McConville said. “If we can accommodate that, why shouldn’t we?”

Although soldiers may need to move around for career development, the future may mean getting away from the “industrial age personnel management system, where everyone moves every three years,” just because that’s the way the Army’s always done it, he said.