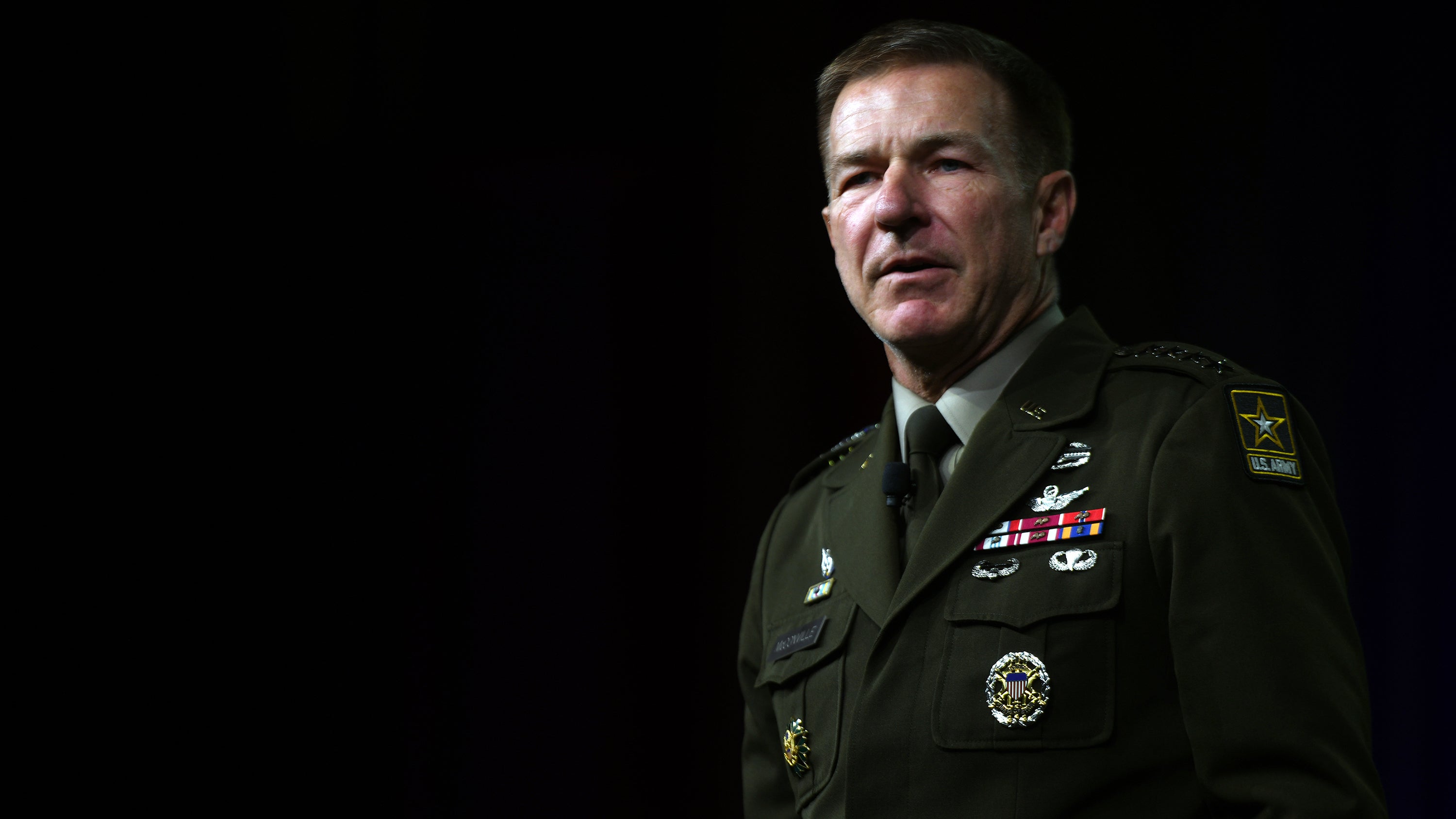 The in-person event will take place Jan. 18 at AUSA’s headquarters in Arlington, Virginia, with registration and badge pickup available beginning at 6:30 a.m. Eastern. The program is scheduled to begin at 7:20 a.m.

This popular event is free for military or government civilian personnel and members of the media. For other attendees, click here for more information.

Attendees are encouraged to be vaccinated against COVID-19. Masks are optional.

During the event, McConville is expected to outline his priorities for the coming year, his fourth as the Army’s top general.

Since becoming Army chief of staff in August 2019, McConville has pushed for a sweeping modernization effort focused on transforming the force for the future. He also has prioritized the Army’s people—soldiers, civilian employees, family members and veterans—as the force works to better manage the talent in its ranks and take care of soldiers and families.

“There will always be a critical role for combat-credible forces around the world,” McConville said during the AUSA Annual Meeting and Exposition in October. “There’s no substitute for having American soldiers on the ground for reassurance and deterrence.”

This was reinforced in February 2022 when Russia invaded Ukraine, leading the U.S. Army to deploy thousands of soldiers to Eastern Europe to bolster America’s NATO allies, McConville said.

In the future, “the Army will be contested in every domain,” he said. “The future Army must be prepared to fight in multiple domains at once. We must be able to get from fort to foxhole in a contested environment anywhere in the world.”

To get there, the Army is undergoing a transformational change, McConville said. “We are not incrementally improving the Army,” he said. “We are transforming it from the post-9/11 era to an Army that is ready to fight and win in large-scale combat operations.”