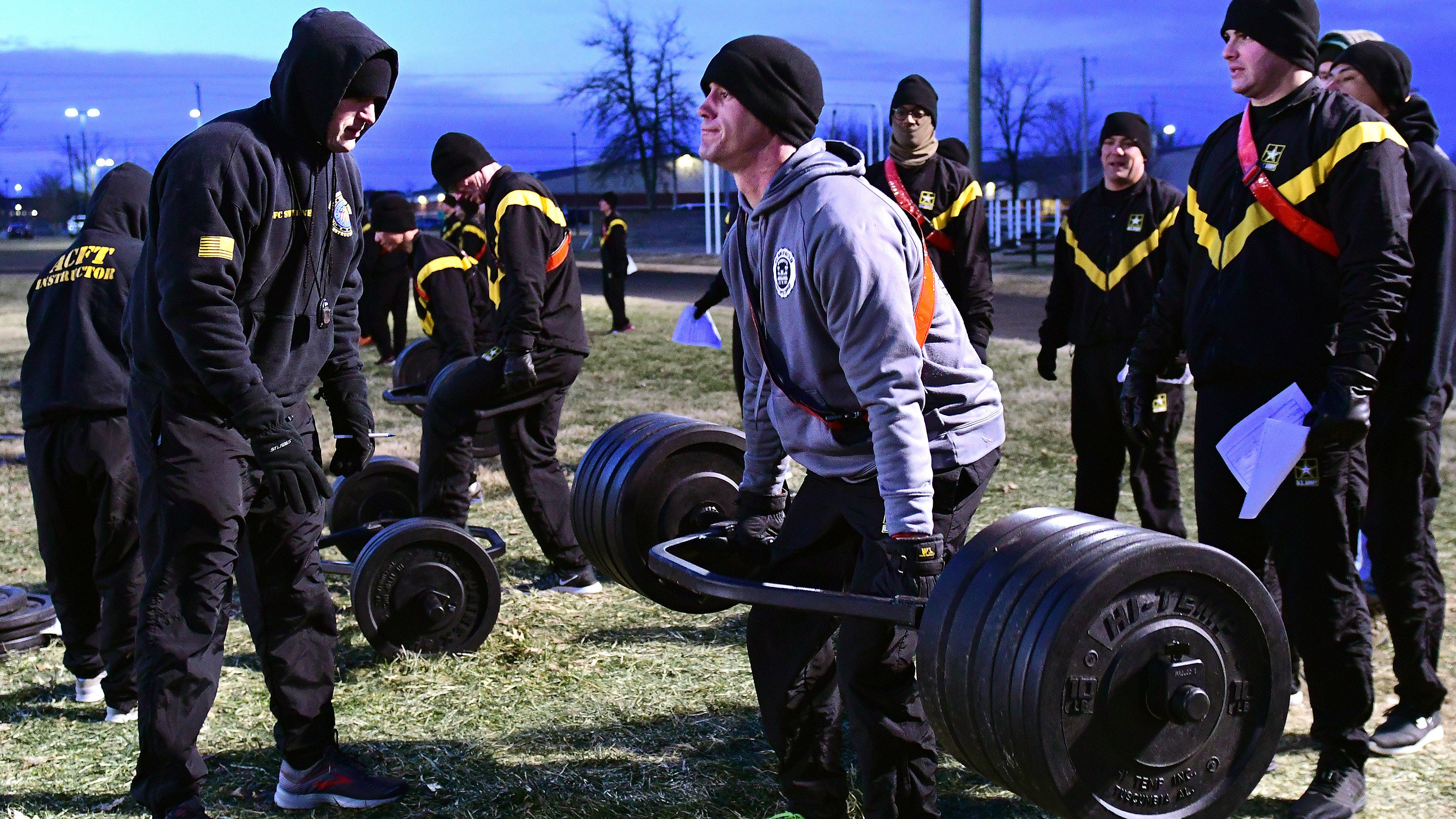 “The way I look at the ACFT, this is going to improve the Army,” Army Chief of Staff Gen. James McConville said during a recent event hosted by the Project for Media and National Security. “What we do not want to do is disenfranchise anybody. If you just do the six events, you’ll be in shape. It is a much better training event than we had before.”

On March 23, the Army announced that it had revised the ACFT, the service’s first new physical fitness test in 40 years, after an independent review and a three-year evaluation period. The revised test will be scored by age and gender and feature six events—the maximum deadlift, standing power throw, hand-release pushups, sprint/drag/carry, plank and 2-mile run.

The changes to the test are based on many of the recommendations in the independent review by Rand Corp. Among other findings, the review said events like the leg tuck and plank were not ideal for predicting performance on combat tasks. It also found that the leg tuck, which is replaced by the plank in the revised test, did not correctly measure core strength in all soldiers, as it relied on upper body strength as well.

“We’ve been doing this for three years in initial military training,” McConville said. “The young people actually like the Army Combat Fitness Test. … I think it’s going to make us a much better Army.”

The ACFT represents a “changing culture” and a “developmental Army” that builds its soldiers from the ground up, McConville said.

“I do believe in ‘People First.’ This is not a slogan for me, I really believe in that,” McConville said. “But how do you take care of people? Rather than be in an attrition Army, I want to be in a developmental Army.”

Part of being a developmental Army is connecting future soldiers with dieticians and strength coaches to ensure that they will succeed.

“A lot of these kids haven’t worked out, so we’re trying to get them where they work out before they even come into the Army,” he said. “Let’s get them to a certain [fitness] level, then we bring them into initial military training, and it’s developmental.”