McConville: People are Centerpiece of the Army

McConville: People are Centerpiece of the Army 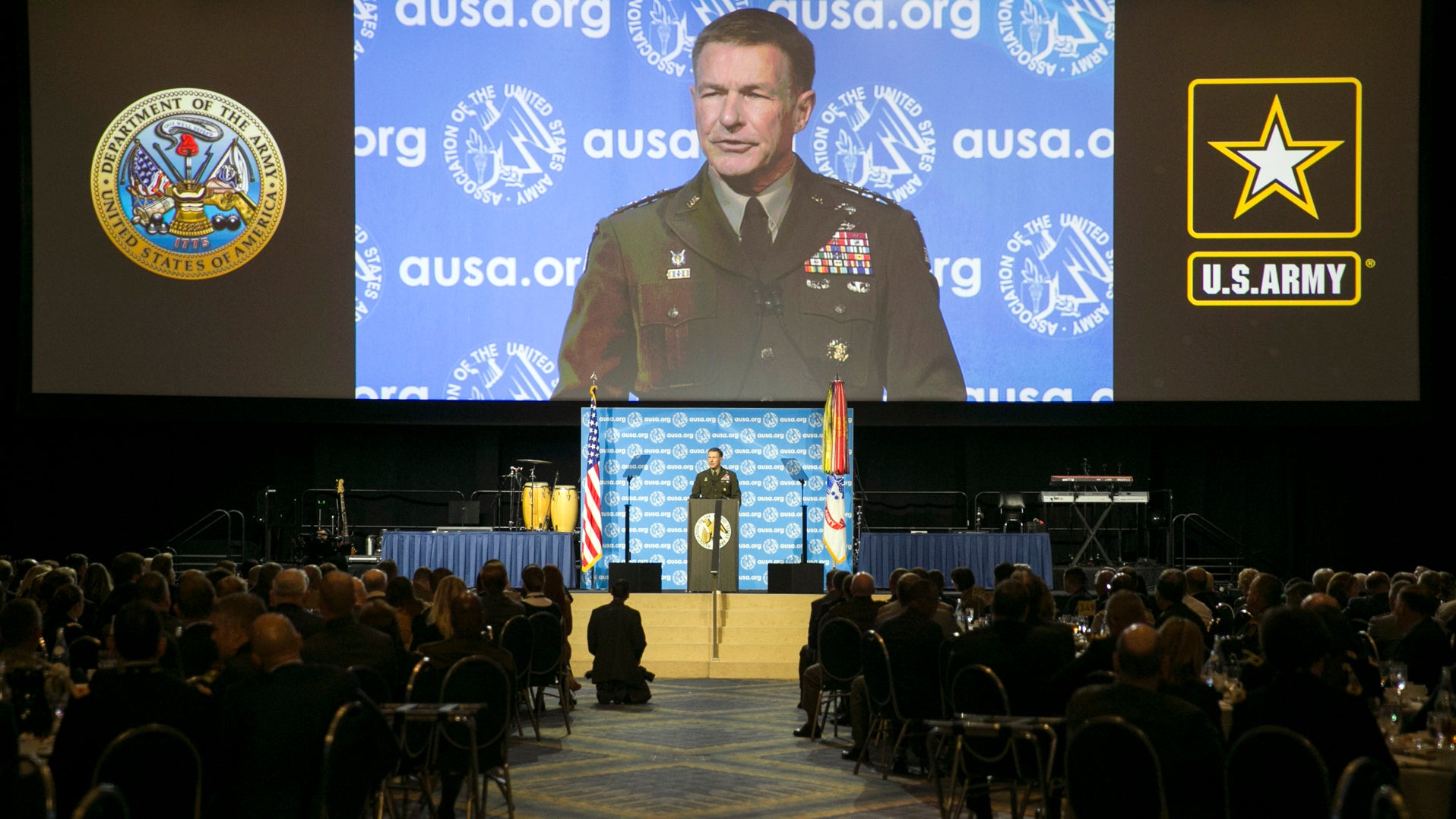 As the Army pushes ahead with its modernization efforts, people – soldiers, Army civilians, veterans, retirees and family members – will always remain the No. 1 priority, Army Chief of Staff Gen. James McConville said Oct. 15.

In his first Eisenhower Luncheon address as the Army’s top general, McConville previewed the upcoming Army people strategy and reinforced the importance of matching the right person to the right job and building cohesive teams across the force.

“No matter how much technology we develop, soldiers will always remain the centerpiece of our Army,” McConville said. “We equip people, we don’t man equipment, and that philosophy will not change.”

The packed Eisenhower Lunch is part of the Association of the U.S. Army’s Annual Meeting and Exposition.

The people strategy will address how the service plans to take care of people by recognizing and managing their unique skills, McConville said.

“People don’t want to be treated like interchangeable parts in an industrial age process,” he said. “They want to be recognized for their unique talents. They want purpose, they want belonging, and they want a pathway to success.”

By taking care of soldiers, Army leaders are confident they will “perform better, stay longer, and they will make our Army stronger,” he said. 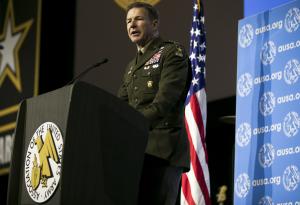 The Army has done a “great job” of restoring tactical readiness over the past several years, and now it needs division and brigade commanders to stayed focused on it, McConville said. The service also must build its strategic readiness “to make sure we can mobilize, deploy and sustain our forces on the battlefield.”

To start, the Army is planning Defender Europe 2020, the largest exercise of its kind in 25 years. That event will be followed by a similar event in the Pacific. The goal is to work the “entire strategic readiness enterprise” – from ports and railheads to airfields and pre-positioned stocks, McConville said.

All of these efforts and the Army’s six modernization priorities will help the service compete with near-peer adversaries.

“We find ourselves once again facing threats of great-power competition and the specter of large-scale conflict,” he said. “And we have the opportunity to ensure that our Army remains the most dominant land force in the world for the next four decades, but we have to adapt.”

Everyone has a part to play as the Army moves forward, McConville said.