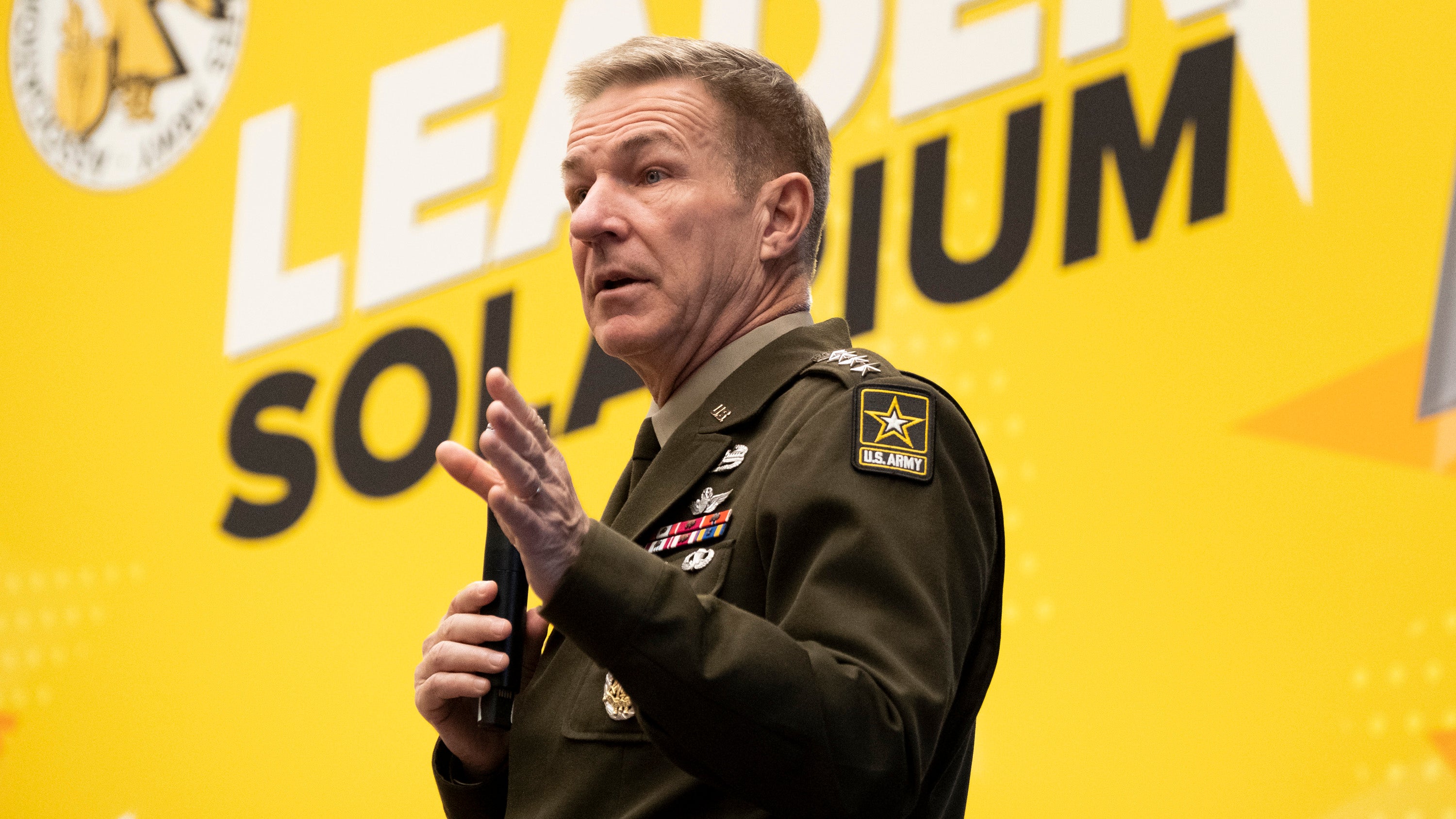 More than 120 mid-grade NCOs and officers have a unique opportunity to help senior Army leaders solve some of the toughest challenges facing the force today.

The specially selected group is participating in a Leader Solarium hosted by Army Chief of Staff Gen. James McConville at the Association of the U.S. Army’s 2022 Annual Meeting and Exposition in Washington, D.C.

Organized by AUSA’s Center for Leadership, the Solarium will feature talks from Army leaders and civilian subject-matter experts and small-group discussions. At the end of the three-day event, the soldiers will provide feedback to McConville and Sgt. Maj. of the Army Michael Grinston on opportunities and challenges facing the Army.

McConville kicked off the Solarium Oct. 10, spending more than an hour with the soldiers, highlighting his priorities and the challenges facing the Army.

McConville said “it’s really important to get some feedback,” particularly from the soldiers who are “actually doing the work.”

During his presentation, McConville also talked about some of the other challenges facing the Army. “If you’re trying to help solve problems at the four-star level, you’ve got to know the kind of problems we’re trying to solve,” he said.

This includes understanding the strategic environment, he said. The Army is at an “inflection point” as it shifts from 20 years of counterinsurgency and counterterrorism operations to large-scale combat operations, McConville said.

“The focus of the nation, the focus of the military, is being driven by the National Defense Strategy,” he said. The “pacing challenge” is China, with its strong economy and its work to build a modern military, and the “acute threat” is Russia,” McConville said.

“What’s going on in Ukraine is extremely dangerous,” he said. “That war is far from being over. It’s in a very dangerous place right now. The challenge right now is Putin is not winning, and he can’t lose.”

Readiness is another top priority. “At the end of the day, you have to be ready to go,” he said. “If you’re going to take your soldiers to combat, you owe it to them to get them ready.”

The Army also is doing a “whole bunch” with modernization, and it is preparing to field or produce prototypes for 24 of its signature systems in fiscal 2023, McConville said. “It’s not about fighting the last fight better. It’s about winning the next fight,” he said.

Retired Col. Scott Halstead, director of AUSA’s Center for Leadership, encouraged the soldiers in the Solarium to take advantage of the rare opportunity to provide direct feedback to Army leaders.

“While you’re here, your rucksack’s pretty full,” he said. “You’re representing your command to help make the Army better.”