McConville Nominated as Next Army Chief of Staff

McConville Nominated as Next Army Chief of Staff 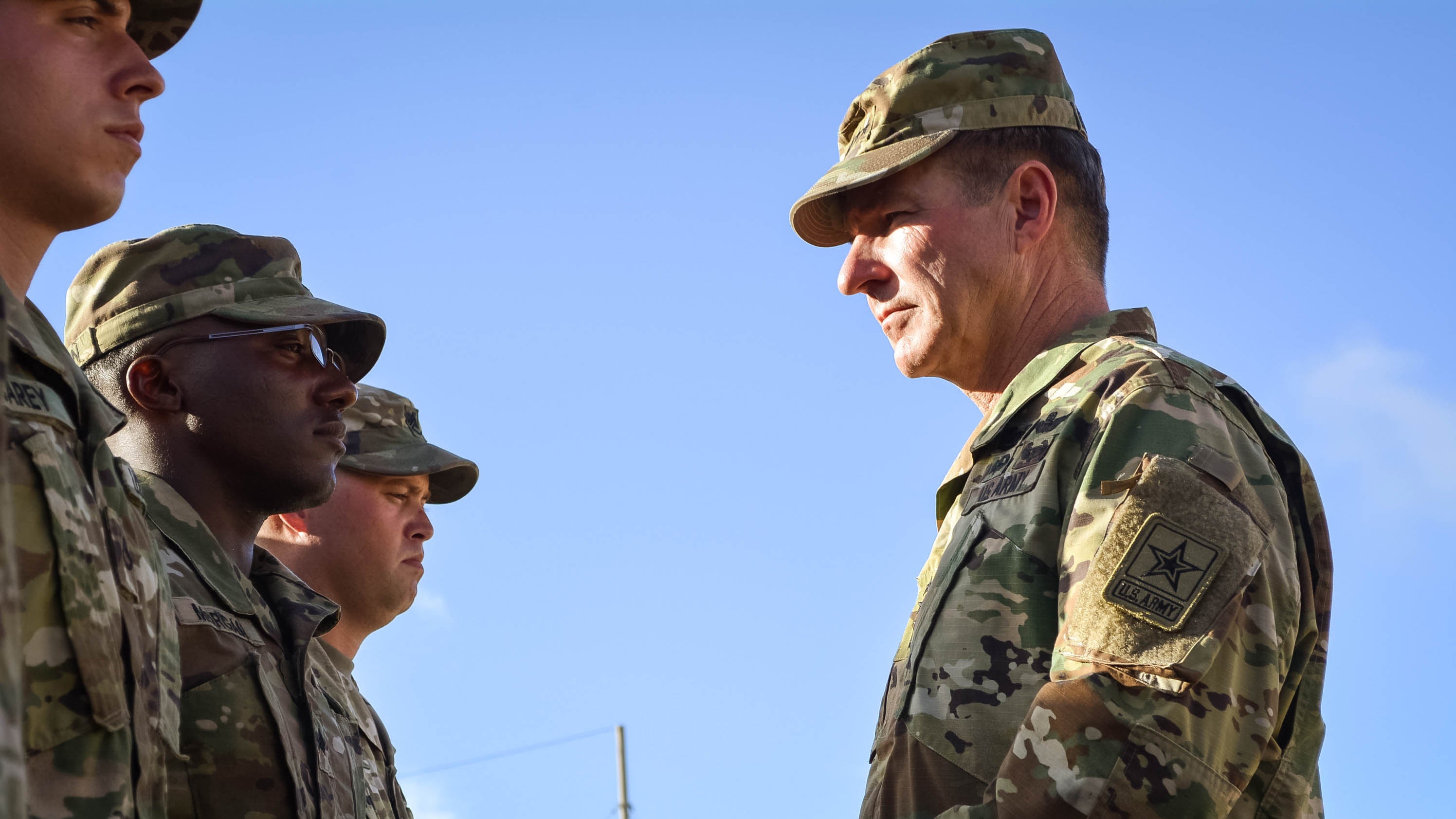 Gen. James C. McConville has been nominated to be the next chief of staff of the Army.

If confirmed by the Senate, McConville would succeed Gen. Mark A. Milley. President Donald Trump has announced Milley is his choice to become the next chairman of the Joint Chiefs of Staff but no formal nomination has been sent to Congress.

AUSA President and CEO retired Gen. Carter F. Ham announced the news to attendees at the Global Force Symposium and Exposition in Huntsville, Ala. on March 26.

McConville, who has been the Army’s vice chief of staff since June 2017, is a West Point graduate who has commanded at every level. He commanded the 101st Airborne Division (Air Assault), leading the division to Afghanistan. He also commanded 4th Brigade, 1st Cavalry Division, including during a deployment to Iraq, as well as 2nd Squadron, 17thCavalry Regiment, and C Troop, 2nd Squadron, 9th Cavalry Regiment.

He also was the Army deputy chief of staff for personnel (G-1), executive officer to the Army vice chief, and G-3 for the 101st Airborne Division.

McConville is a senior Army aviator, qualified in the AH-64 Apache, OH-58 Kiowa Warrior, AH-6, AH-1 Cobra and other aircraft.