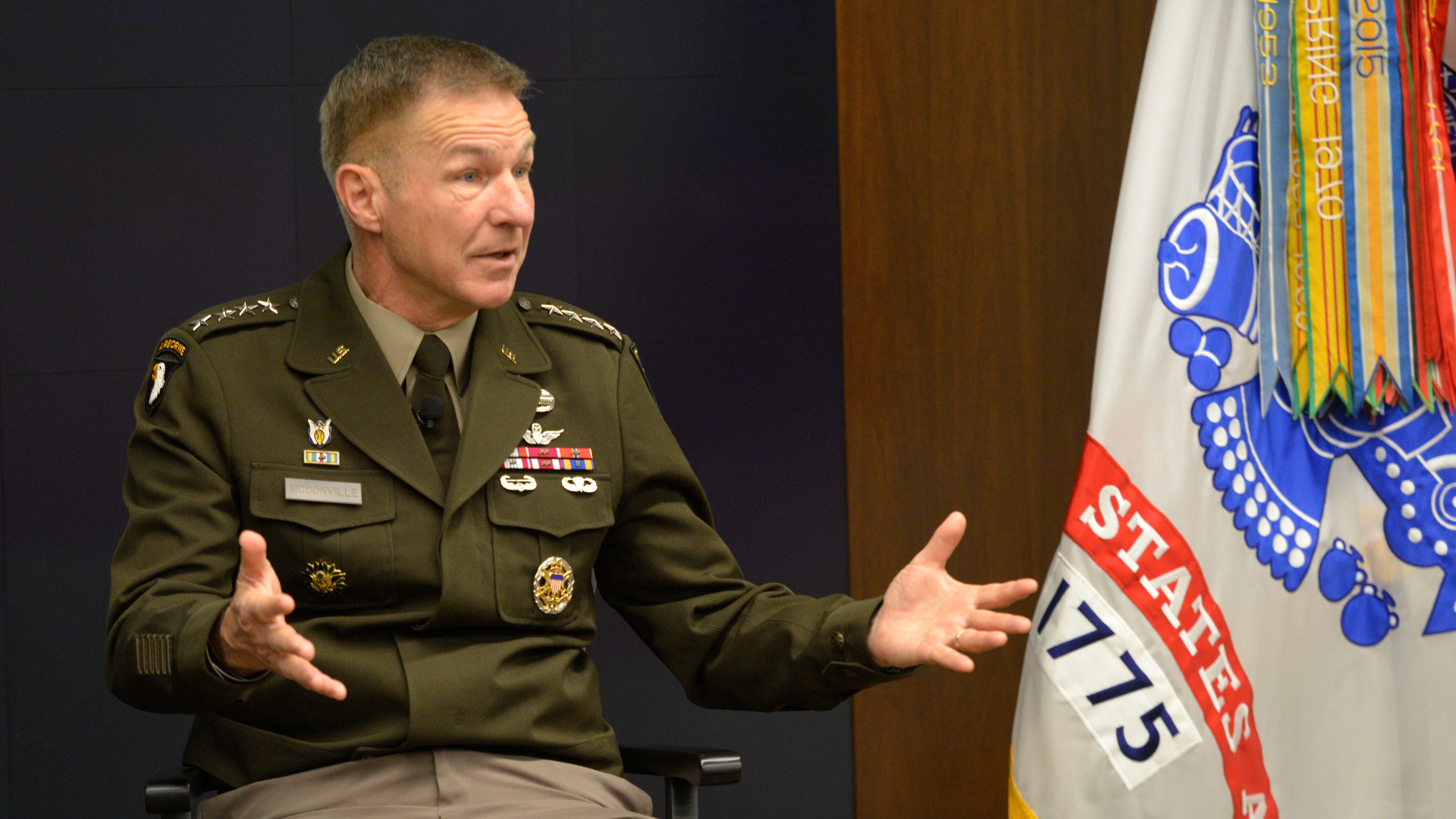 The Army needs many things, but one of its top priorities is inspiring military service, Chief of Staff Gen. James McConville said Jan. 18.

Speaking at a Coffee Series event hosted by the Association of the U.S. Army, McConville said that what he needs most today is for young men and women to answer the call to service. “What we need help with is inspiring people to serve,” he said.

The Army needs people, he said, but the nation also needs people inspired to serve as doctors and nurses, as teachers and in law enforcement.

“We are in a war for talent,” McConville said. “It is a war that we have to win. We need everybody’s help.”

“What we want to do in the Army is we want to give people an opportunity to do great things. In fact, we want them to be all they can be,” he said, using a 20-year-old recruiting slogan that’s being refreshed by the Army as a way of marketing military service as a path to building character and a sense of purpose.

The Army has had problems meeting its recruiting goals. As a result, its troop strength has decreased because leaders don’t want to lower accessions standards. “We have a lot of young men and women who want to serve but cannot pass the academic requirements or their physical requirements,” McConville said.

McConville said he and Army Secretary Christine Wormuth refuse to lower standards because “we think that quality is more important than quantity.”

“What we are willing to do is we are willing to invest in young men and women,” McConville said. This investment comes through what the Army is calling the Future Soldier Preparatory Course, which helps youths who can’t meet academic or physical fitness standards improve so they can qualify. They are learning math, improving their physical fitness and learning discipline so they are prepared for basic training. “There is no screaming or yelling,” McConville said. Instead, the focus is on development.

So far, the preparatory course at Fort Jackson, South Carolina, has had a 95% success rate, McConville said. “Either they are improving their scores, or they are losing body fat,” he said, adding that the Army plans to expand the program as it continues to show success.

McConville said he’s a big believer in giving people an opportunity. “If we don’t want to lower standards, we are going to have to invest in young men and women,” he said.