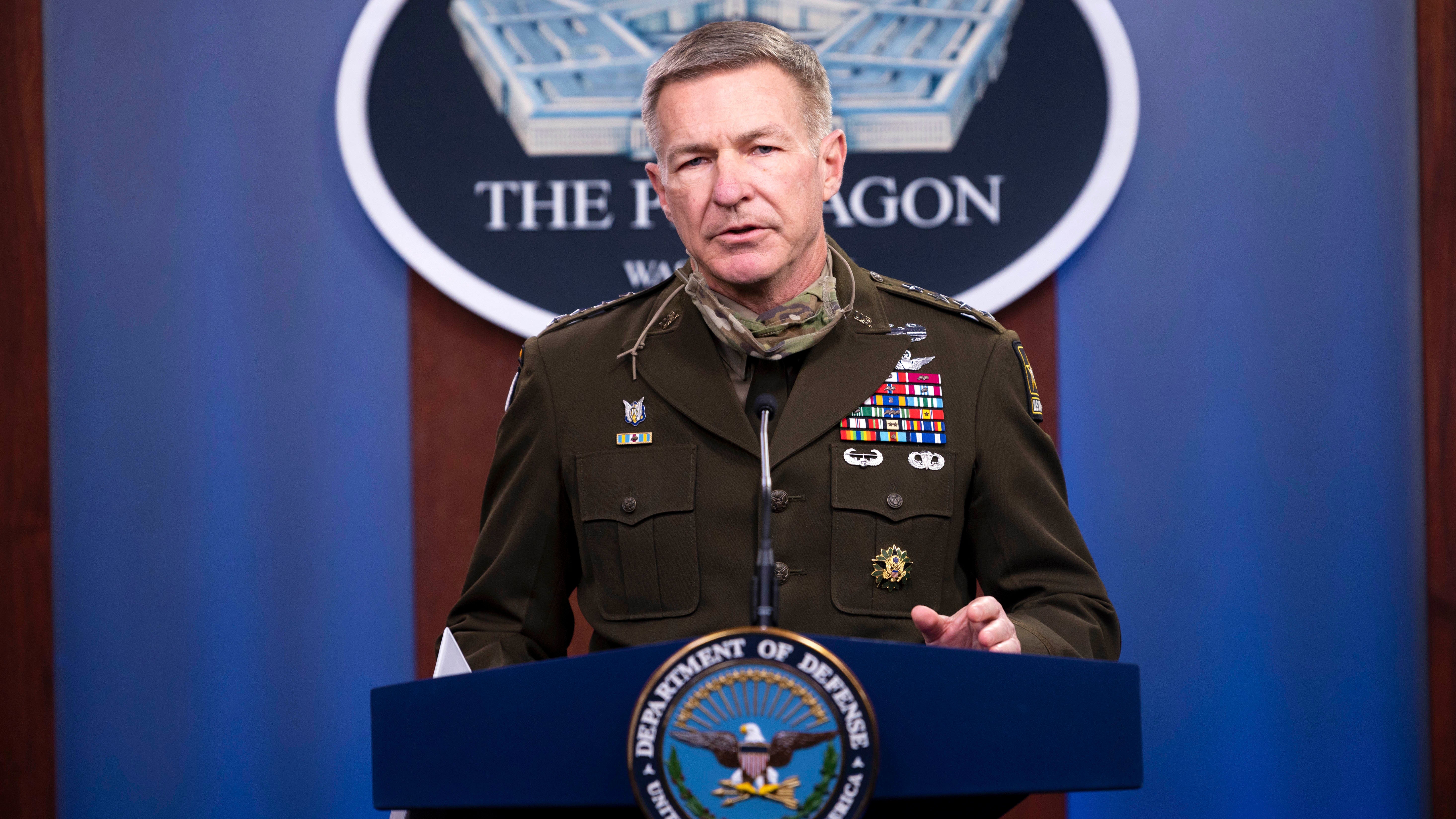 Army Chief of Staff Gen. James McConville defended the role played by women in the military, saying he has served with many during his 39 years of service, including in combat.

His comments come after a cable television host claimed changes in grooming standards and uniforms to accommodate women in the ranks was making “a mockery of the U.S. military.”

There has been a strong backlash to the comments from Fox News host Tucker Carlson, with McConville now among them. Thousands of women serve in the Army today, and millions have served throughout U.S. history. “It is insulting to those women to have a comment like that,” said McConville, who has been a strong advocate for diversity and inclusion. His daughter, Capt. Jessica Nanzer, serves in the Army. His wife is an Army veteran, as are other women in his family.

McConville recalled while serving as a brigade commander in Iraq in April 2004 that the 1st Armored Division called for help as a small outpost was about to be overrun. He dispatched a team of AH-64 Apache helicopters, led by Chief Warrant Officer 2 Cindy Rozelle. “I don’t remember anyone complaining about her gender,” McConville said March 11 in remarks to the Defense Writers Group.

The Army is working to do far better in how women are treated in the ranks, McConville said. This requires strong programs to prevent sexual harassment and sexual assault, along with eliminating racism and extremism from the military, he said. He has described this effort in other settings as growing a culture of trust that accepts soldiers and civilians from all backgrounds and embraces differences.