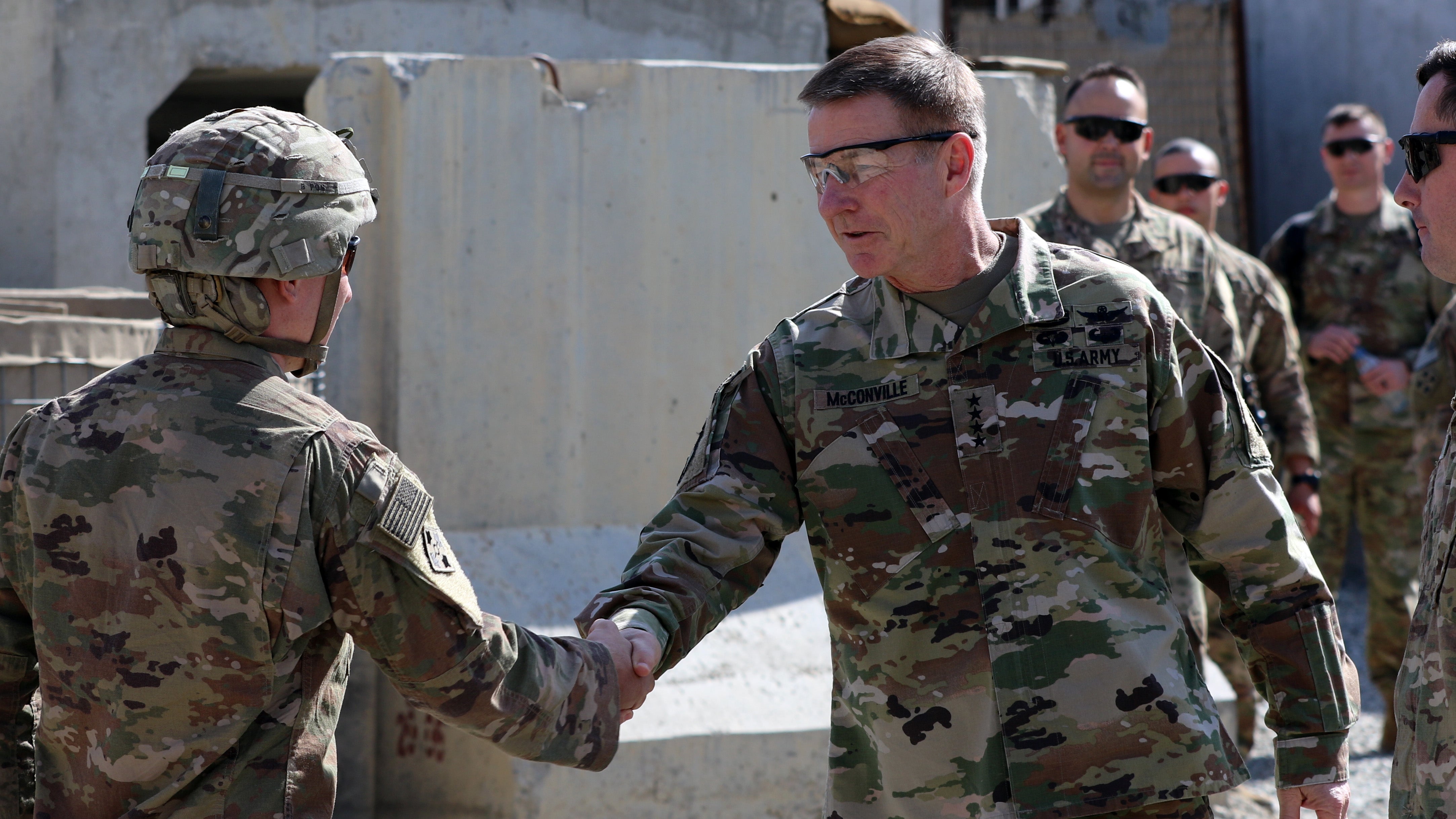 It is often said that generals like to refight the last war, but Army Chief of Staff Gen. James McConville said that isn’t true for him.

“What we are trying to do in the Army today is fight the next fight,” he said during a March 25 seminar hosted by the Brookings Institution.

The Army needs to plan for the worst while hoping for the best, said McConville, a Quincy, Massachusetts, native who is serving as the 40th chief of staff at a time when transformation is the big push.

Facing questions about the Army’s size, organizational structure, training and capabilities, McConville said everything in the Army today is a little harder because of the COVID-19 pandemic. Everyone in the Army community—soldiers, civilian employees and families—has been affected by the pandemic but is doing their best. “COVID has had a traumatic effect on this country,” he said. “I couldn’t be prouder about what our Army is doing right now.”

On the budget, McConville said he’s focused on getting the capabilities the Army needs for the future. “What I want to do is set the stage for the people coming after me in the next 40 years,” he said. “We don’t want to aim low.”

“We want our soldiers to have so much overmatch that no one wants to take them on,” he said, viewing this as a deterrent.

“We are in a competition for resources,” McConville said. He believes the Army has a strong case in being able to show how its expanding capabilities are important to the wider joint force mission.

Transformational efforts today are moving much faster than in the past, he said. “We are working very closely with industry,” he said, with the goal of trying to quickly address requirements in two or three years rather than the 10-year period it once took.

Asked if the Army could cope with a more austere budget, McConville said it would be tough. “You don’t buy more people and structure than what you need,” he said. He’d like a bigger Army but believes the Army won’t grow under a flat budget. Readiness can also be cheated, he said. “You have to make sure we have the highest level of readiness,” he said, but you might scrimp on the size of exercises.

On modernization, he said he’s committed to making it a priority. “We are about three years into it. We need another two or three years” of strong budgets, he said.

The Army never knows where and when it might fight, he said. “What we are trying to figure out is the best way to provide options,” he said, which means having wider capabilities and dependable allies and partners.