McConville on Budget: ‘We Cannot Waste One Dollar’

McConville on Budget: ‘We Cannot Waste One Dollar’ 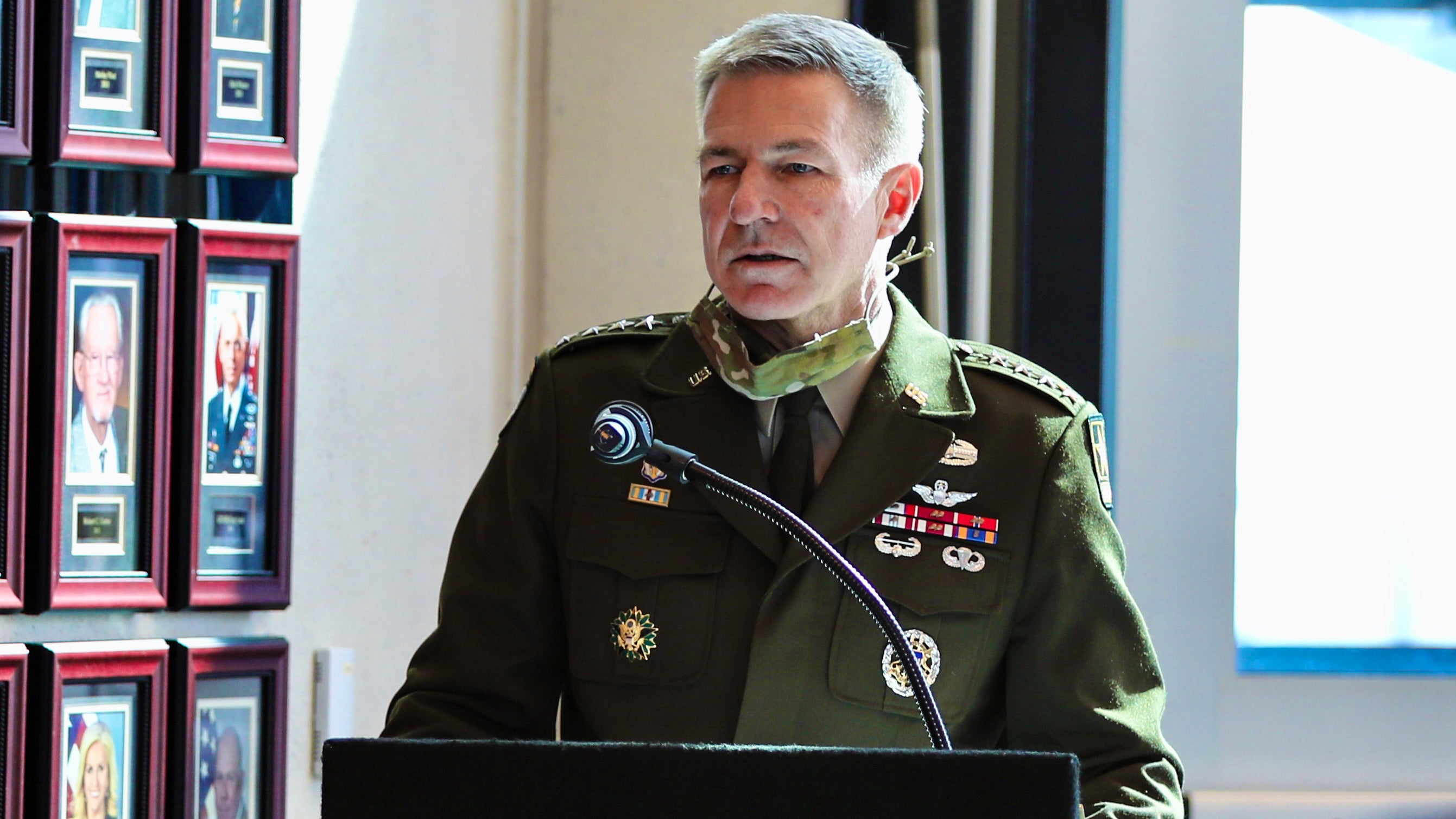 Speaking May 13 during McAleese and Associates’ annual defense conference, McConville said the Army and its sister services must keep an eye on the future and prepare for an increasingly challenging operating environment.

“As chief, it’s easy to focus on today, but … I want to make sure that the Army we have is ready to fight not only today but also in the future, and if it is ready to fight, maybe we won’t have to fight,” he said.

So far, the Army has done some “incredible” work to move more than $30 billion from lower priority programs into its signature modernization efforts, McConville said, but it is quickly running out of places to cut.

“Everyone has got to be incredibly efficient, we cannot waste one dollar,” he said. “We’re looking in every sofa, under every pillow, because we’ve got to transform the Army.”

Transforming the Army will not be limited to new equipment and technology, McConville said. It also means investing in soldiers.

“We have to invest in our new soldiers to make sure they have the skill sets they need to excel in the Army,” McConville said, adding that the Army wants soldiers who are “masters of their craft,” which in turn will result in more agile, lethal and effective units.

“We’re very blessed to have these young men and women who continue to raise their right hands to serve,” McConville said. “We as a country have the obligation to make sure they have the training and equipment to do their jobs.”