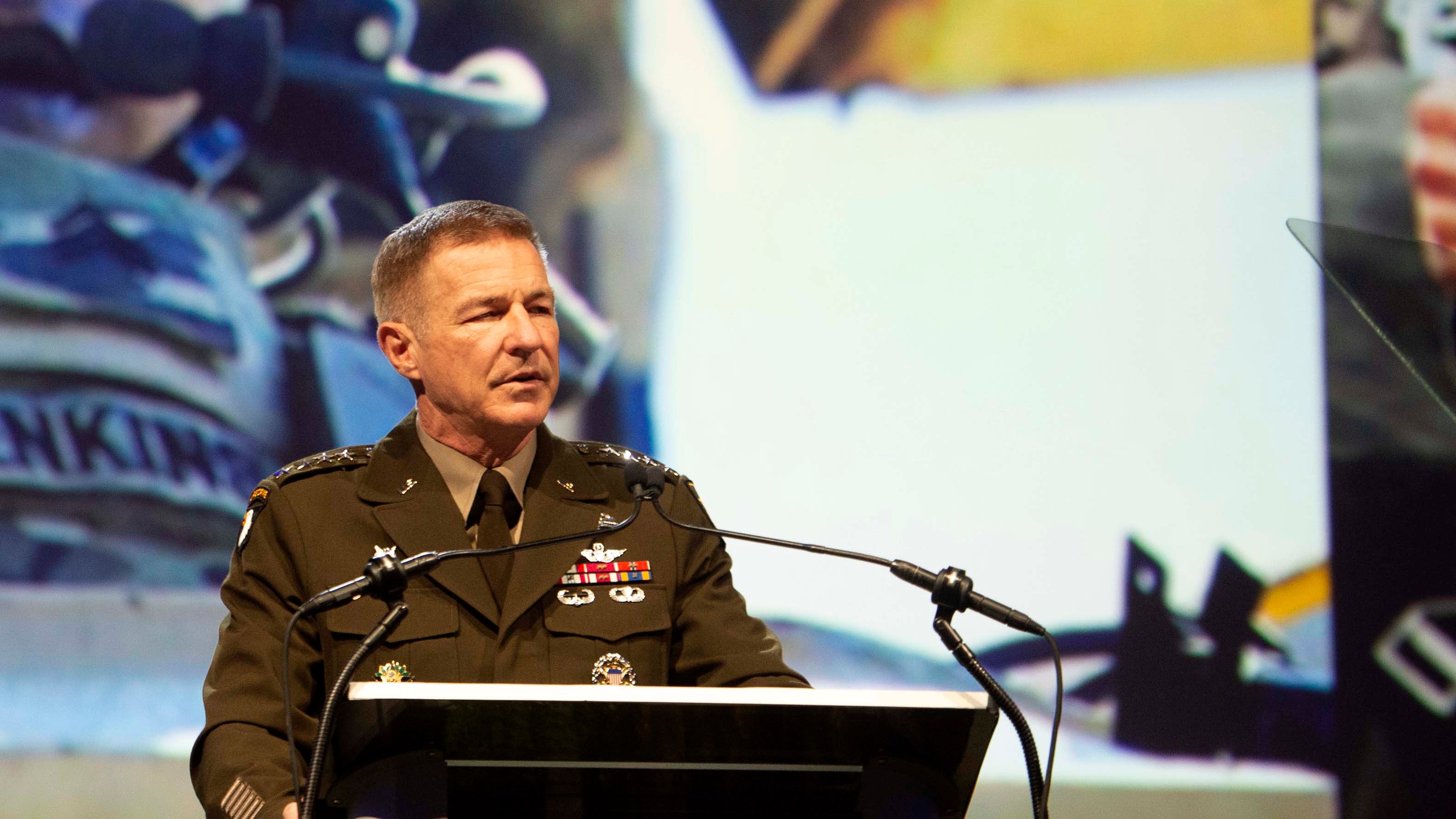 Coming out of a busy and challenging year, America’s Army remains committed to its priorities as it transforms for the future, Army Chief of Staff Gen. James McConville said.

“This has been a uniquely challenging time for the Army, but each challenge and each crisis has only made us stronger,” McConville said Oct. 12 during the Dwight D. Eisenhower Presentation at the Association of the U.S. Army’s 2021 Annual Meeting and Exposition in Washington, D.C. “We have never wavered on our priorities.”

People remain the No. 1 priority, McConville said, followed by readiness and modernization.

“This past year has reminded us time and time again why people are our No. 1 priority and why it’s so important to get the right people in the right place at the right time,” he said.

From medical soldiers who supported COVID-19 missions at home to soldiers who deployed to support the U.S. withdrawal from Afghanistan, soldiers continue to respond whenever called, he said.

Putting people first means building cohesive teams that are “highly trained, disciplined and fit and are ready to fight and win, where each person is treated with dignity and respect,” McConville said. It also means improving quality of life for soldiers and families and pursuing talent management programs, he said.

“Putting people first means taking care of our people so our people can remain ready and transform for the future,” McConville said, “because the United States Army must be ready to fight and win as a member of the joint force in order to protect the nation.”

As the Army builds the force, it is focused on foundational readiness, McConville said. That means building readiness “from the soldier up” with troops who are masters of their craft and giving small-unit leaders the time they need to build cohesive teams.

On top of these efforts, the Army is modernizing its doctrine, technology and command and control systems, McConville said. From leap-ahead equipment to the Project Convergence exercises, which put soldiers in the dirt with scientists to test new technologies, the Army’s ambitious modernization effort is already producing results.

“All told, we’ll have 24 of our 31 plus 4 signature systems in the hands of soldiers by FY23,” McConville said, referring to the Army’s priority modernization programs.

All its efforts are focused on one purpose, McConville said. “The United States Army exists for one reason, to protect this great nation from all enemies, both foreign and domestic,” he said. “We do this by remaining ready to fight and win the nation’s next wars.”