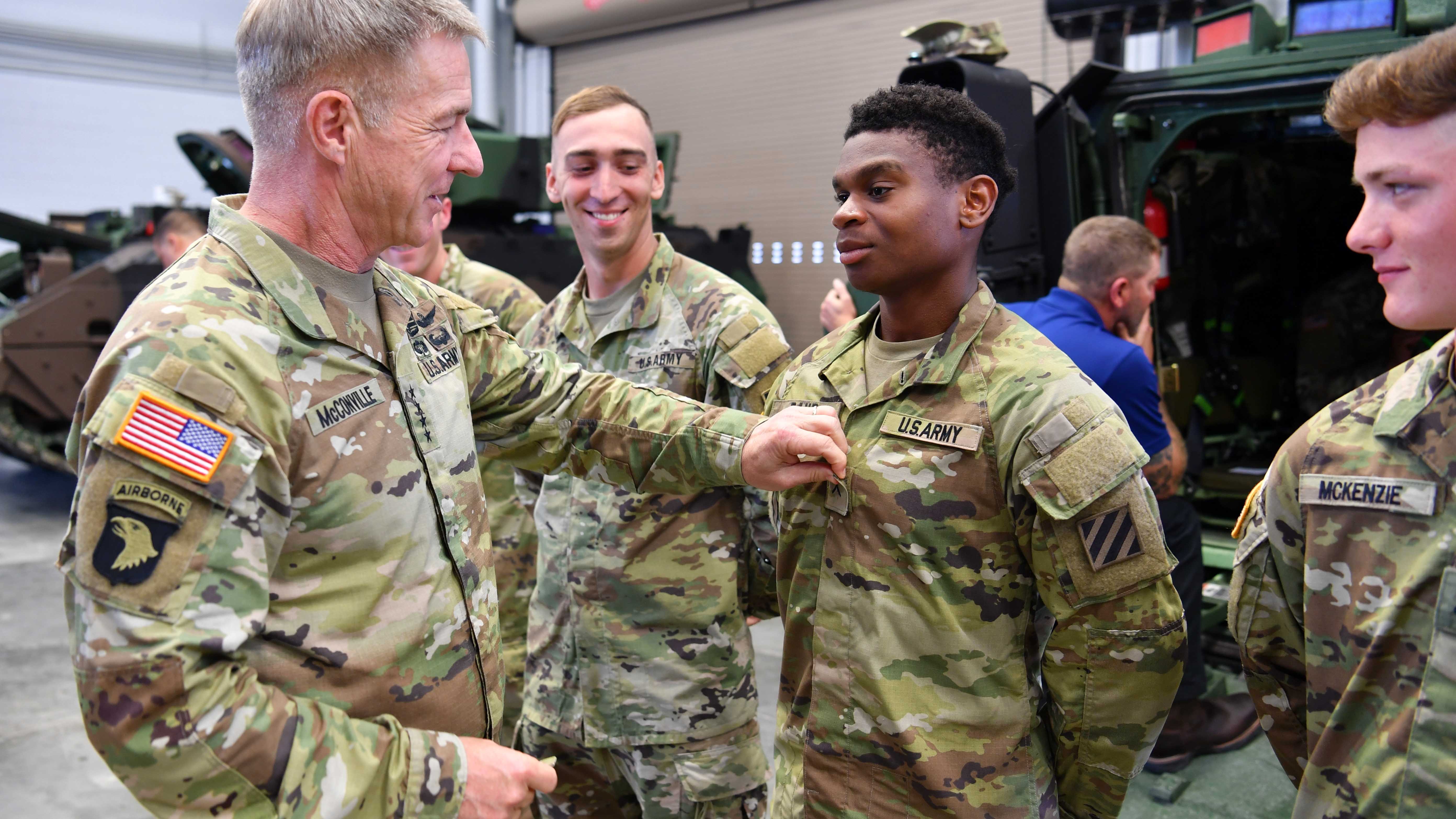 Despite pressing challenges at home and abroad, the Army is standing strong, the service’s top general officer said.

“We put American soldiers on the ground [in Eastern Europe] to reassure [our allies] … and I think that really made a difference. It just showed me how great our soldiers are,” Army Chief of Staff Gen. James McConville said. “But we’re great at home, too. Our National Guard and Reserve are doing incredible things.”

McConville and Sgt. Maj. Charles Albertson, executive officer to the sergeant major of the Army, joined the Your Next Mission video podcast on June 14 in celebration of the Army’s 247th birthday.

The Army remains ready to face any challenge, Albertson said.

“It’s very easy to forget that we still have soldiers deployed in harm's way in Iraq, Syria and Africa. We have advisers in 40 different countries across the globe right now,” he said. “And despite all of that, we have yet to say when we're called that it's too hard or that we can’t provide. We are ready, and we stand ready to support whatever our nation's needs are.”

In addition to the Army’s missions at home and abroad, it continues to work on preparing for all contingencies. McConville reflected on what the Army’s reactivation of the 11th Airborne Division in Alaska will mean for soldiers.

The storied division was reactivated on June 6 during ceremonies at Alaska’s Fort Wainwright and Joint Base Elmendorf-Richardson. Commanded by Maj. Gen. Brian Eifler, it is the Army’s only Arctic airborne division, taking the place of U.S. Army Alaska as the service works to build a force that is more appropriately manned, trained and equipped for the Arctic environment.

The move is part of the Army’s January 2021 Arctic Strategy.

“What we started to do is recognize the importance of the Arctic, so we need soldiers who are masters of their craft in Arctic warfighting, those that can go into most extreme weather those who go into high altitudes, those that go into mountains, and that's what those soldiers are going to do,” McConville said. “When it comes to Arctic warfare, they will be resourced. They will be trained to be our premier Arctic warfighters.”

As the Army looks ahead, McConville urged veterans to share their stories and inspire young men and women to serve.