McConville: Army Has No Money to Waste

McConville: Army Has No Money to Waste 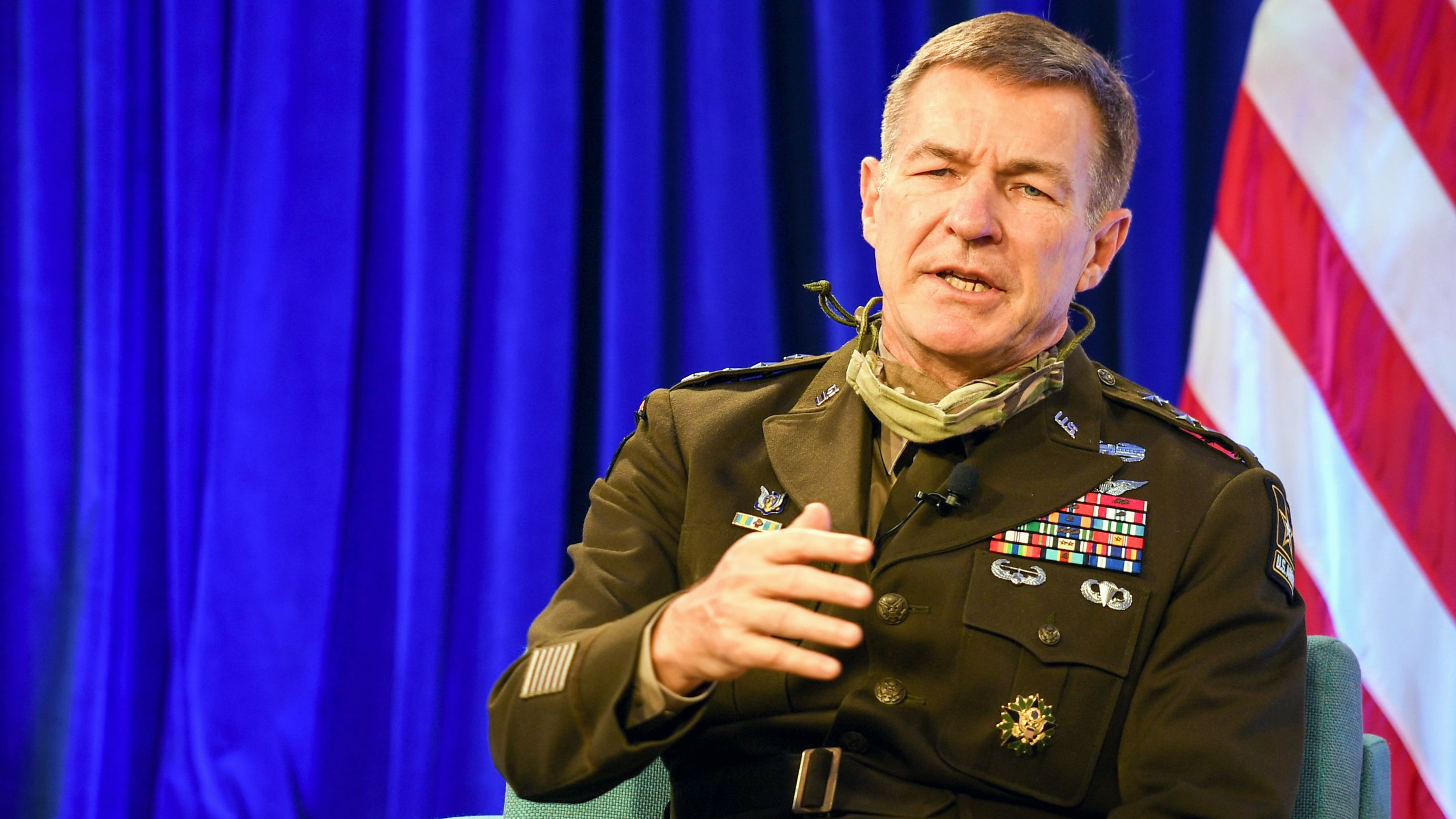 Every soldier and every dollar count as the Army balances today’s missions with an urgent push to modernize the force for tomorrow, Army Chief of Staff Gen. James McConville said.

“When I look at the demands for the Army … we’d like a much bigger Army, but what I have to do at my level is determine, what can we actually afford?” McConville said Feb. 17 during a webinar hosted by the Heritage Foundation.

Leaders must be ready to make tough decisions as the military braces for flat or smaller defense budgets in the coming years.

“People will say, ‘Well, you can’t have everything.’ What we can’t afford to do is waste one dollar,” McConville said. “We’re going to every single area and taking a look at where we can find the money to modernize the Army. I believe we absolutely must do that.”

The Army has stood firm on its six modernization priorities, and it has made “tremendous” efforts to keep those priorities on track, McConville said. This includes moving billions of dollars from lower priority programs into key modernization efforts, streamlining the acquisition process and working more closely with industry.

“We’re aggressively moving out to get these systems,” he said. “We have to show that every dollar we get from Congress, we’re going to use appropriately.”

McConville said he’s pleased with the Army’s progress. “We know there may be some tough decisions, but we’re prepared to make those decisions,” he said.

At the same time, McConville said, “the end strength we have, we have to keep,” and the Army must make sure its soldiers are properly trained and equipped for whatever mission they may be called to do.

Having ready and trained units is just part of the Army’s push to take care of its people, from soldiers and Army civilians to family members and retirees.

“For the last 19 years, we’ve been heavily engaged in combat, specifically in Iraq and Afghanistan, and we’ve asked a lot of our people,” McConville said.

It’ll take leaders at all levels to make sure the right soldiers are in the right place, especially as the service works to rid the ranks of “corrosives” such as sexual assault and harassment, extremism and racism, McConville said. “When we get the force right, everything else follows,” he said.