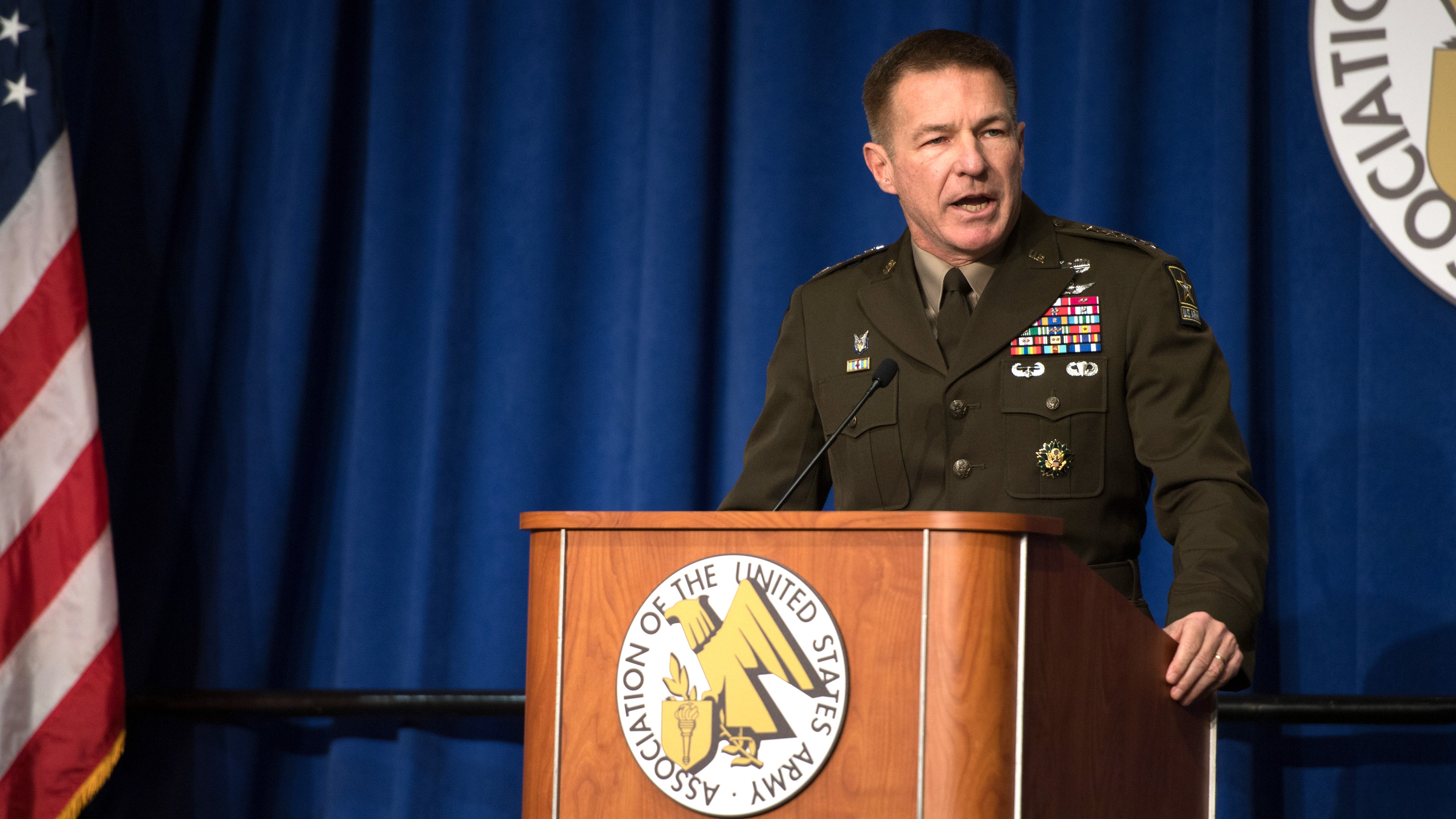 People are the Army’s No. 1 priority, and they will be the key to the service’s success as it prepares for a dangerous and complex future battlefield, Army Chief of Staff Gen. James McConville said.

“ ‘People First’ is not only a philosophy, it’s also now our No. 1 priority,” McConville said during his Eisenhower address Oct. 14 during AUSA Now, the 2020 virtual meeting of the Association of the U.S. Army. “When we take care of people, we get them in the right jobs at the right time, that is how we win.”

The Army is people, McConville said, even as the service pursues an aggressive plan to modernize and transform the force. “It’s our people who will deliver on our readiness and modernization priorities,” he said.

The Army must continue to make progress on its modernization efforts while continuing to build readiness, McConville said. This momentum and sense of urgency is critical because the Army must maintain “continued overmatch against those who wish us harm and those who threaten our national security,” he said. “In order to win, we must transform the Army now,” he said.

America’s competitors have been “aggressively investing” in modernizing their forces, and the Army must do the same, he said. “It’s not about fighting the next fight better, it’s about winning the next fight,” he said.

At the same time, the Army has faced a challenging year, from a no-notice deployment in January amid rising tensions in the Middle East to the ongoing COVID-19 pandemic, McConville said. Today, about 180,000 soldiers are serving in more than 140 countries, he said.

“I am incredibly proud of our Army. The performance of our National Guard, our reserves and our active-duty force this year has been phenomenal,” he said.

Looking ahead, the Army has a “unique opportunity” now to set its course for the future, from the way the Army fights to the way it arrays its forces around the globe, McConville said.

“Our nation’s competitors are more determined than ever to exert their will,” he said. “That’s why the time is now … to build the Army we need for the future. These are challenging times, but the great thing about challenging times is the opportunity to transform.”