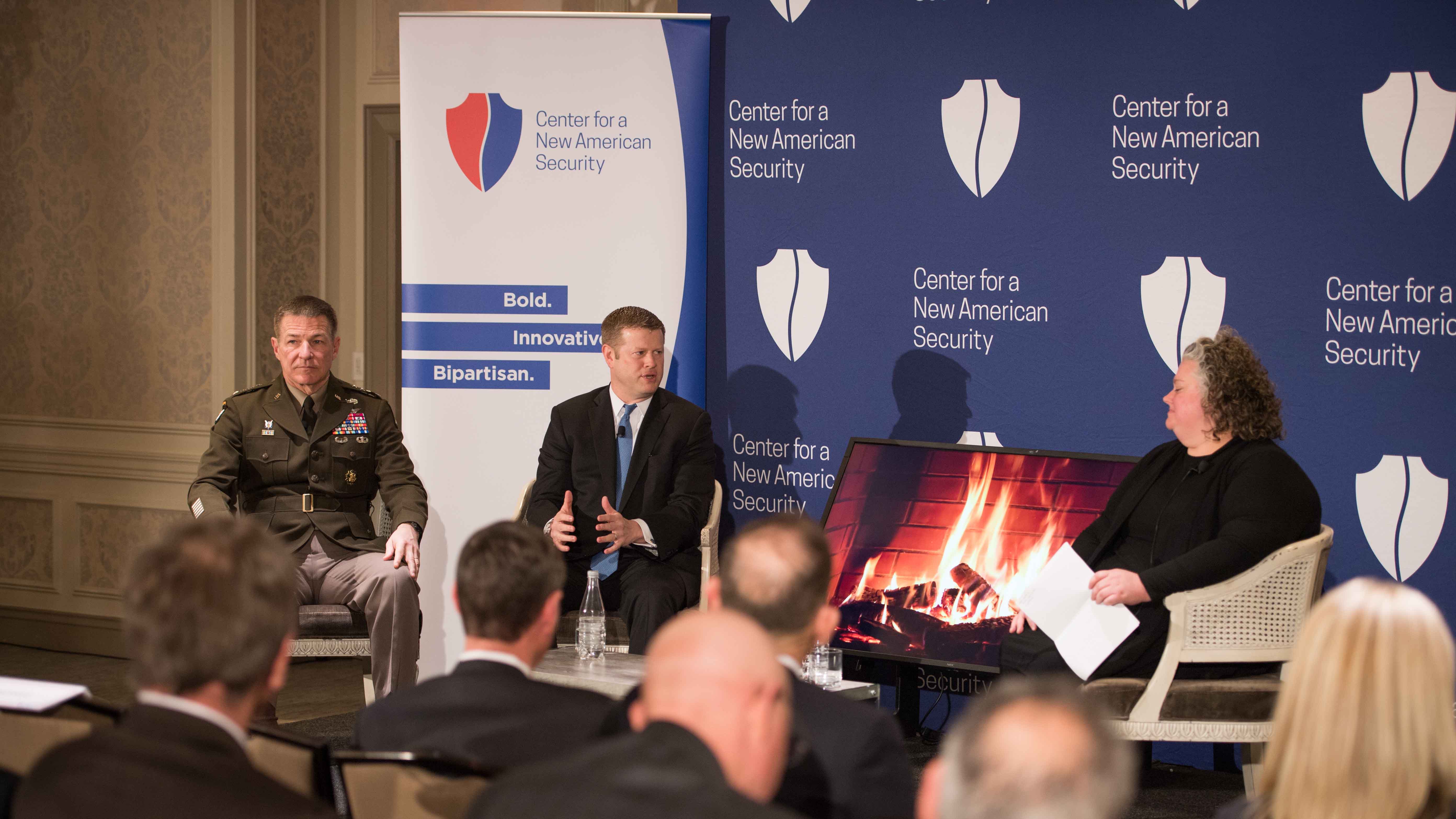 As the Army moves ahead with a “very aggressive” modernization effort, the service will face some difficult decisions as prototypes for key weapons systems become reality, senior leaders said.

“If the perfect storm hits and everybody performs on the out years, to highlight the challenges, it’s going to be ruthless prioritization,” Army Secretary Ryan McCarthy said Feb. 19 at an event hosted by the Center for a New American Security.

“We’re going to have to make some very hard choices of the weapons systems we need to scale, and then it may require a tiered nature with the units that would receive them,” he said.

McCarthy, who spoke alongside Army Chief of Staff Gen. James McConville, said he expects the Army will face these decisions, especially if the service continues to see relatively flat budgets, in the next 24 months.

“It’ll be expensive, it’ll be very challenging,” he said. “When you’re 60% of combatant commanders’ requirements worldwide, under this current demand, over half of our balance sheet is to finance what’s going on in the world.”

He added: “We can’t pull back because the world needs America’s leadership, they need the U.S. Army forward. We recognize that that’s in front of us, and we’ll make the hard choices if these prototypes perform.”

The Army continues to prioritize modernization in its fiscal year 2021 budget request unveiled Feb. 10. The Army’s request provides $178 billion for Army programs, with about $153 billion in the base budget and the remainder set aside for overseas contingency operations. Despite growth in certain areas, the budget is $2.2 billion smaller than the fiscal 2020 budget.

To fund its modernization efforts, the Army realigned about $2.4 billion through reforms and other savings to invest in the work being done by its cross-functional teams. And about 80% of the service’s science and technology budget is aligned with its six modernization priorities: long-range precision fires, the next-generation combat vehicle, Future Vertical Lift, network, air and missile defense, and soldier lethality.

McConville said success is when the Army can put these new, next-generation systems into the hands of soldiers in operational units.