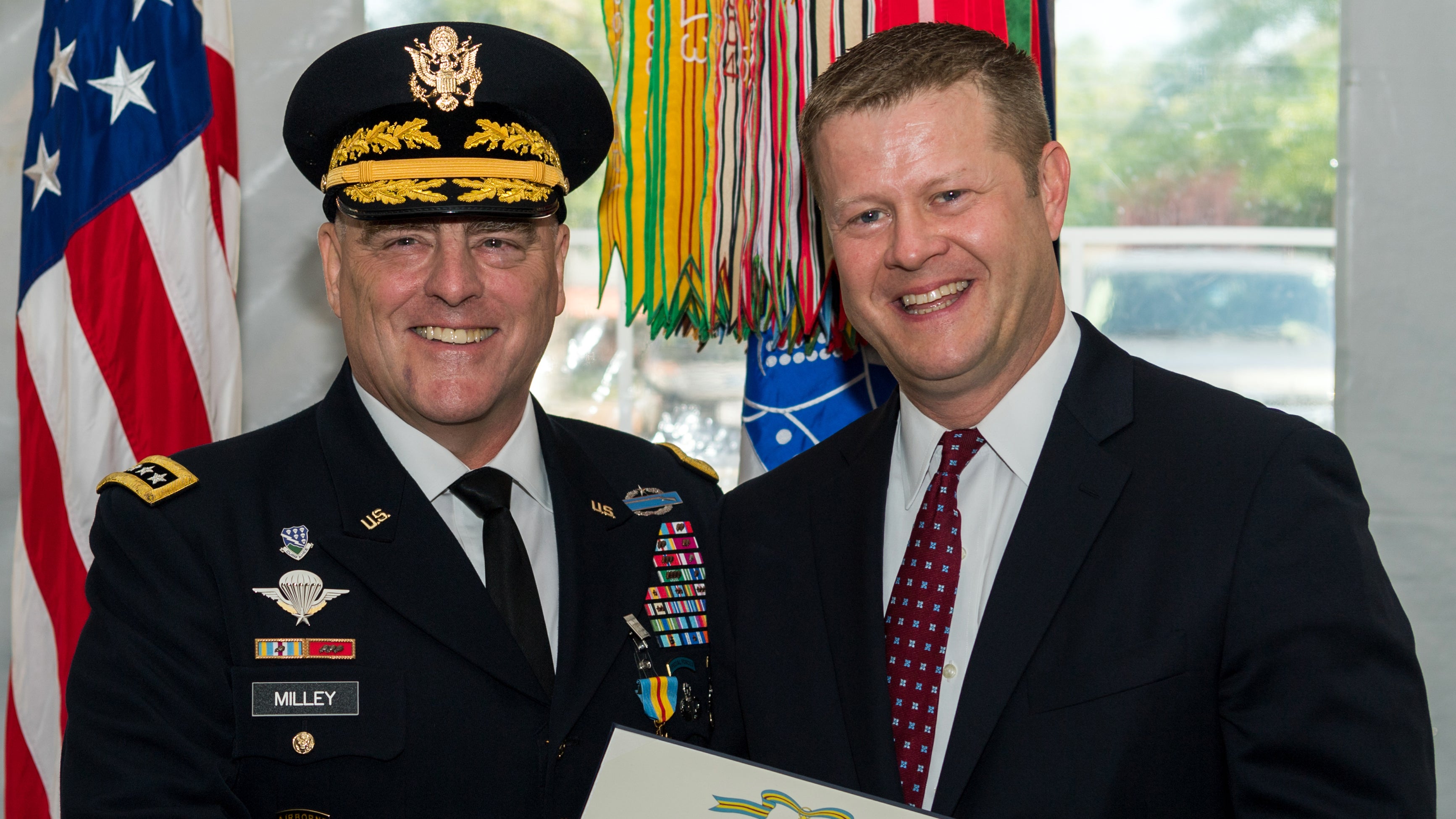 Ryan McCarthy, a 46-year-old Ranger, former business executive and banker, and a former congressional and defense aide, was sworn in Sept. 30 as the Army’s 24th secretary.

At a time of great change in military leadership, McCarthy’s appointment is a bit of stability as he’s already served more than once as the top Army civilian leader in a temporary capacity. The difference now is that he’s the one in charge, working with a team he already knows and with his close colleague Gen. James McConville serving as the Army chief of staff.

Shortly after McCarthy took the oath, Gen. Mark Milley, the former Army chief of staff, was sworn in as the 20th chairman of the Joint Chiefs of Staff in a ceremony attended by President Donald Trump, Vice President Mike Pence and Defense Secretary Mark Esper, the former Army secretary.

In a message to the Army, issued Sept. 27 after his nomination was approved by the Senate, McCarthy talked about retaining the Army’s current focus. “Despite significant leadership transition across the Department of Defense recently, the Army has remained focused on its missions in support of the National Defense Strategy,” he wrote in a message. “Continuity of priorities and leadership focus is critical to achieve the 2018 Army Vision, which provides the strategic framework for guiding the Army into the next decade. Therefore, the Army's priorities – readiness, modernization and reform – are not changing.”

He also pledged to change some Army culture. “We will reverse the negative trends in suicide, sexual assault, and sexual harassment that tear at the fabric of our formations,” he wrote.
At Joint Base Myer-Henderson Hall, the new Joint Chiefs chairman said he is honored and grateful for the trust and confidence placed in him, and promised to provide the nation’s leaders with “informed, candid and impartial military advice.”

Milley also pledged to make sure the U.S. military remains the world’s “premier fighting force,” with an emphasis on readiness and modernization as well as “unwavering support, care and leadership” of troops and their families.

“With the complex challenges of the international environment, the United States armed forces stand ready,” Milley said. “We stand ready to keep the peace or, if necessary, win the war.”

The U.S. military is the best equipped, best trained and best led military in human history, he said. “Our adversaries should know never to underestimate our skill, our capability, and our combat power.” 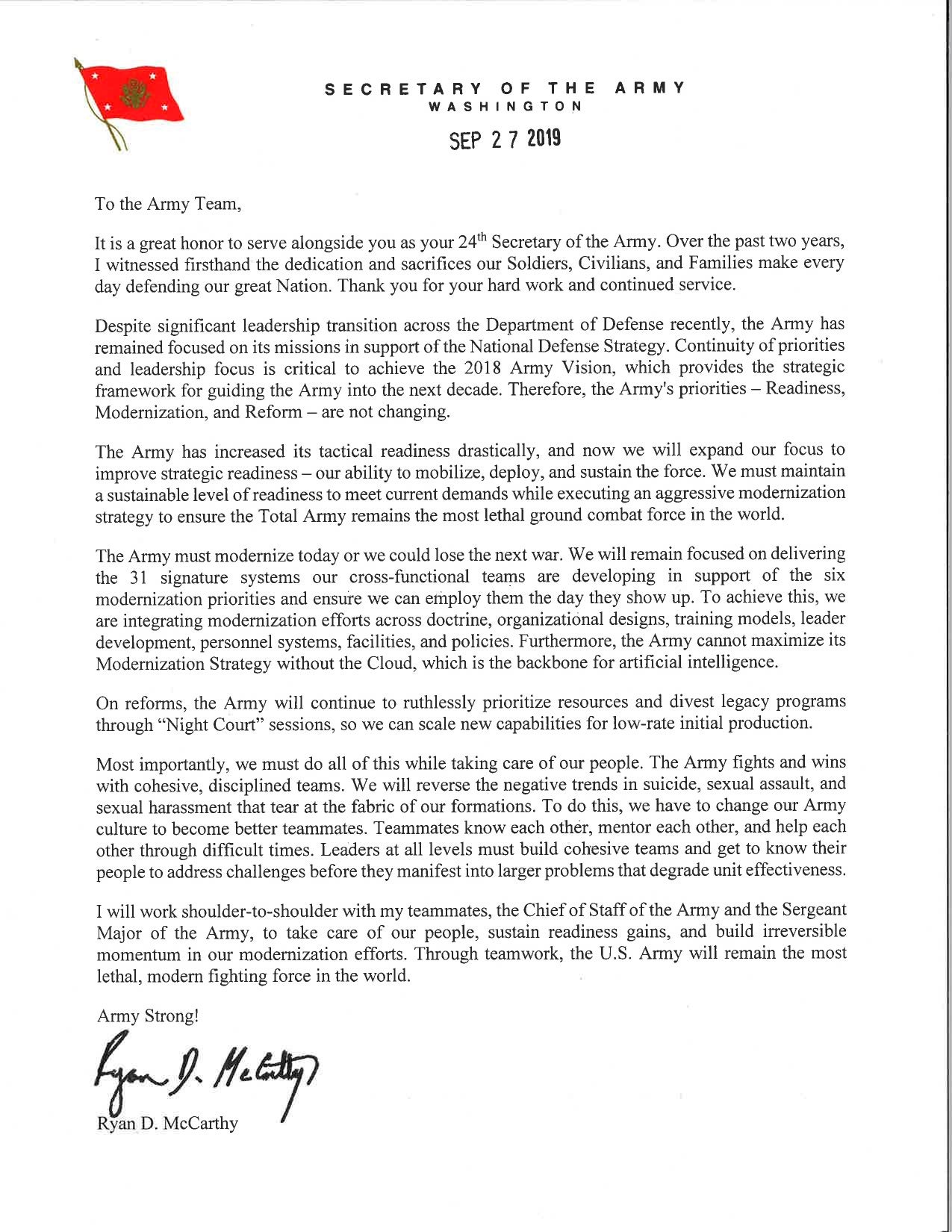