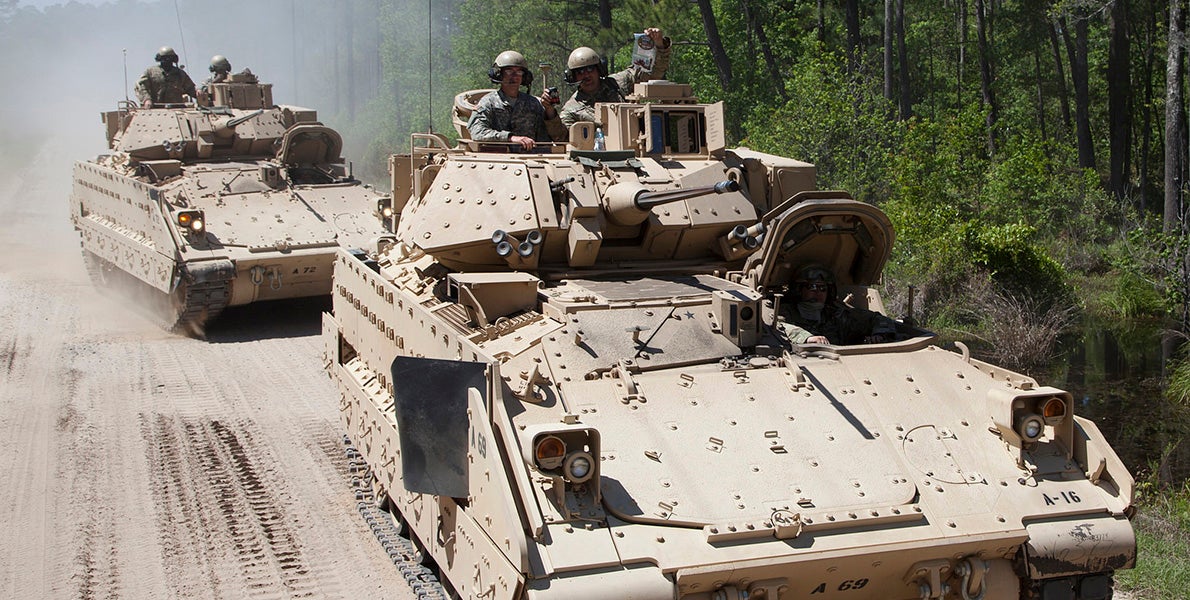 The Trump administration’s nominee for undersecretary of the Army says the national security environment is more challenging today than it was six years ago when he left the Defense Department. The Senate Armed Services Committee approved his nomination on July 20.

Ryan McCarthy, a former Army captain and combat veteran, served from 2006 to 2011 as a special assistant to Defense Secretary Robert Gates. He said the Army had more than 178,000 soldiers in Afghanistan and Iraq engaged in counterinsurgency operations, “with additional soldiers advising partners across the African continent, conducting counterterrorism and counterdrug operations in Southeast Asia and Latin America, serving forward deployed in both Korea and Europe, and defending our homeland” when he left. “Today, the danger and complexity in the world has only increased while the size of America’s Total Army has decreased,” he told the Senate Armed Services Committee during a confirmation hearing.

Only one-third of the Army Brigade Combat Teams are ready for deployment today, one of the reasons why readiness needs to be the Army’s top priority, he said. “I too believe the Army must be manned, trained, equipped and led to be ready to fight tonight,” he said, pledging to keep the focus on readiness if confirmed.

“But, being ready to fight tonight is not enough,” McCarthy said. “The Army must modernize today to be ready to fight tomorrow’s wars against increasingly capable adversaries and near-peer competitors. The Army must make the hard choices and needed investments to rapidly develop capabilities that our soldiers will need to shape, fight and win decisively across all domains on complex future battlefields. The Army must leverage commercial technology, fully implement acquisition reforms and change business processes to inform strategic decisions that will organize, train and equip the force of tomorrow.”

McCarthy said the Army has been working hard. “At its core, the Army is a people organization,” he said. “Over the last 16 years, much has been asked of soldiers and their families who have collectively fought the longest war in our nation’s history while continuing to meet additional challenges worldwide. If confirmed, I will work tirelessly to develop solutions to address the well-being of the men and women in uniform across the total force, their families and the civilian workforce.”