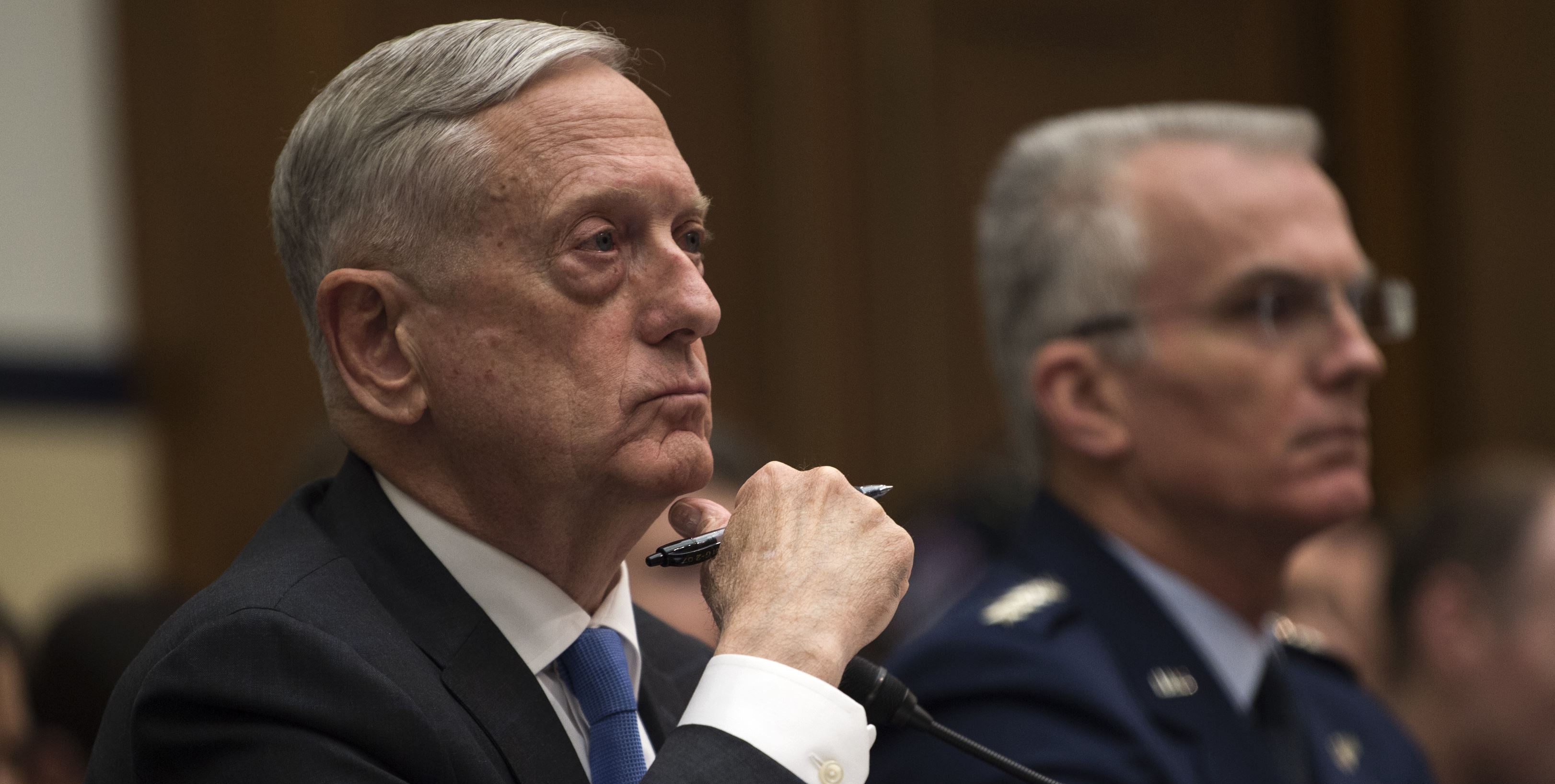 Defense Secretary Jim Mattis accused Congress of “abrogation of its constitutional responsibility” by failing to approve more than stopgap funding for the fiscal year that began Oct. 1.

One of the things at risk is an increase in the size of the Army, Mattis said. If Congress doesn’t approve a 2018 defense budget, “your military will not be able to provide pay for our troops by the end of the year” and “will not recruit the 15,000 Army soldiers and 4,000 Air Force airmen required to fill critical manning shortages.”

“I cannot overstate the impact to our troops' morale from all this uncertainty,” Mattis said.

“It is not lost on me that, as I testify before you this morning, we are again on the verge of a government shutdown, or at best, another damaging continuing resolution,” Mattis said Feb. 6 as he testified before the House Armed Services Committee about the Trump administration’s national security and national defense strategies and a nuclear posture review.

“I regret that, without sustained, predictable appropriation, my presence here today wastes your time, because no strategy can survive, as you pointed out, Chairman, without the funding necessary to resource it,” Mattis said.

Things could get worse, he warned. Facing a midnight Feb. 8 partial shutdown of the government if they don’t pass something, lawmakers remain divided on what to do. Mattis said he’s concerned Congress might take the easy way out by not addressing budget problems like the risk of sequestration cutting defense spending if an agreement isn’t reached.

“No strategy can survive without the necessary stable, predictable funding,” he said. “Failure to modernize our military risks leaving us with a force that could dominate the last war but be irrelevant to tomorrow's security. We need Congress to lift the defense spending caps and support the budget for our military of $700 billion for this fiscal year and $716 billion for next fiscal year.”