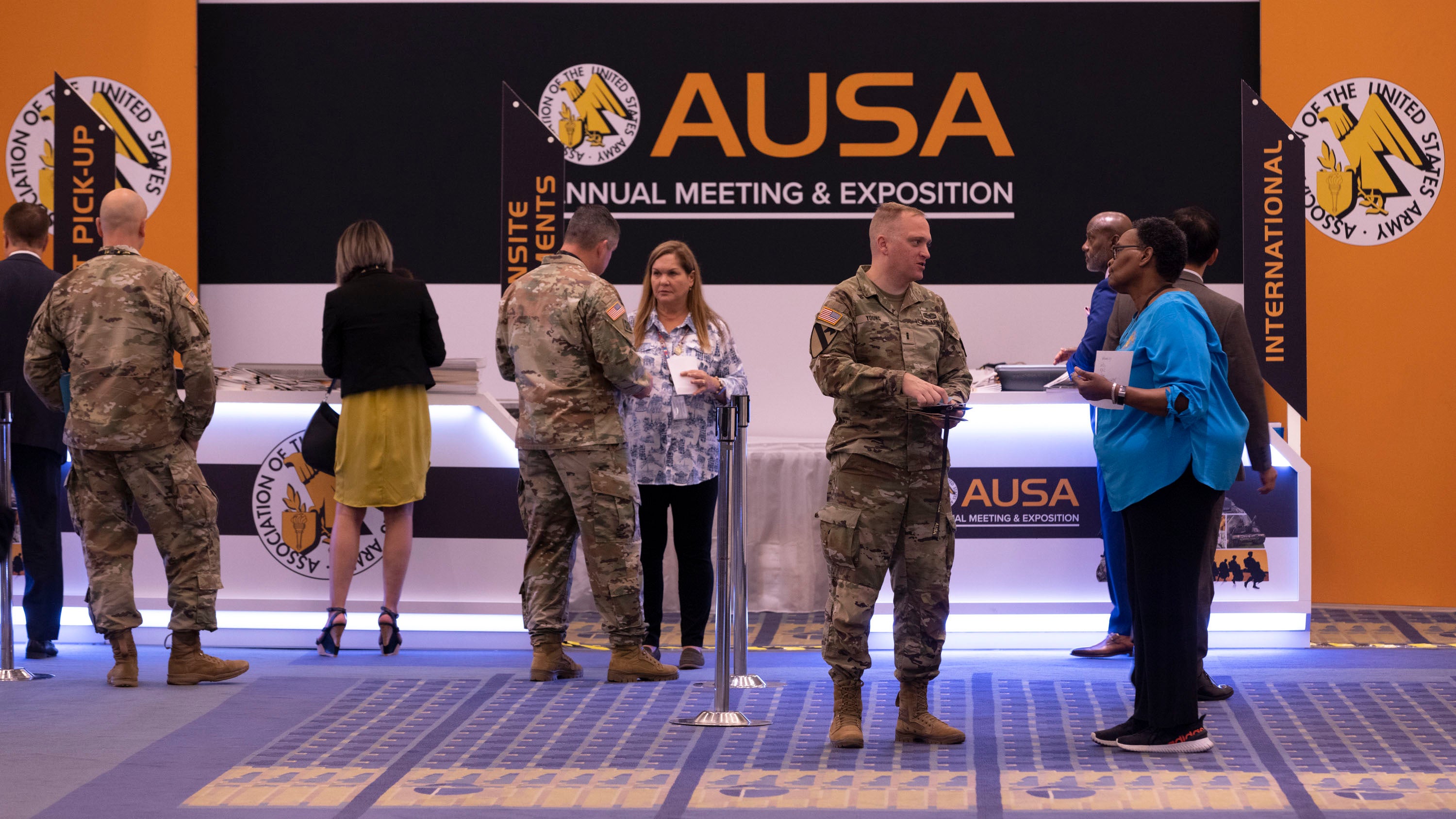 Day Three of AUSA 2022 features a series of contemporary military forums and the presentation of the Association of the U.S. Army’s highest award.

At noon, Sgt. Maj. of the Army Michael Grinston will provide a briefing on his initiatives for the upcoming year.

Another panel titled “In a War for Talent—Recruiting, Retention and Opportunity” will be led by Gen. Gary Brito, commander of Army Training and Doctrine Command. Also on the panel are Maj. Gen. Johnny Davis, commander of Army Recruiting Command; Stephanie Miller, deputy assistant defense secretary for military personnel policy; and Bruce Orvis, a senior behavioral and social scientist with the Rand Corp.

The annual meeting concludes with the George Catlett Marshall Memorial Reception and Dinner, a black-tie event in the ballroom of the Walter E. Washington Convention Center.

This year’s recipient of the George Catlett Marshall Medal, AUSA’s highest award, is Elizabeth Dole, a former U.S. senator, two-time cabinet secretary, former leader of the American Red Cross and founder of a national organization that focuses on support for military families and caregivers.

Presentations continue at Warriors Corner, at the Army exhibit in Booth 6927 in Hall D. The day’s presentations include discussions on countering small-unmanned aerial systems, the role of the Army’s multidomain task forces, artificial intelligence, and more.

At Innovator’s Corner, Booth 2361 in Hall B, the Army xTech Program will showcase winners and finalists from its technology search, with companies showing off new solutions to Army problems. Demonstrations will continue until 1:15 p.m.