Make Way for Robots on Battlefield

Make Way for Robots on Battlefield 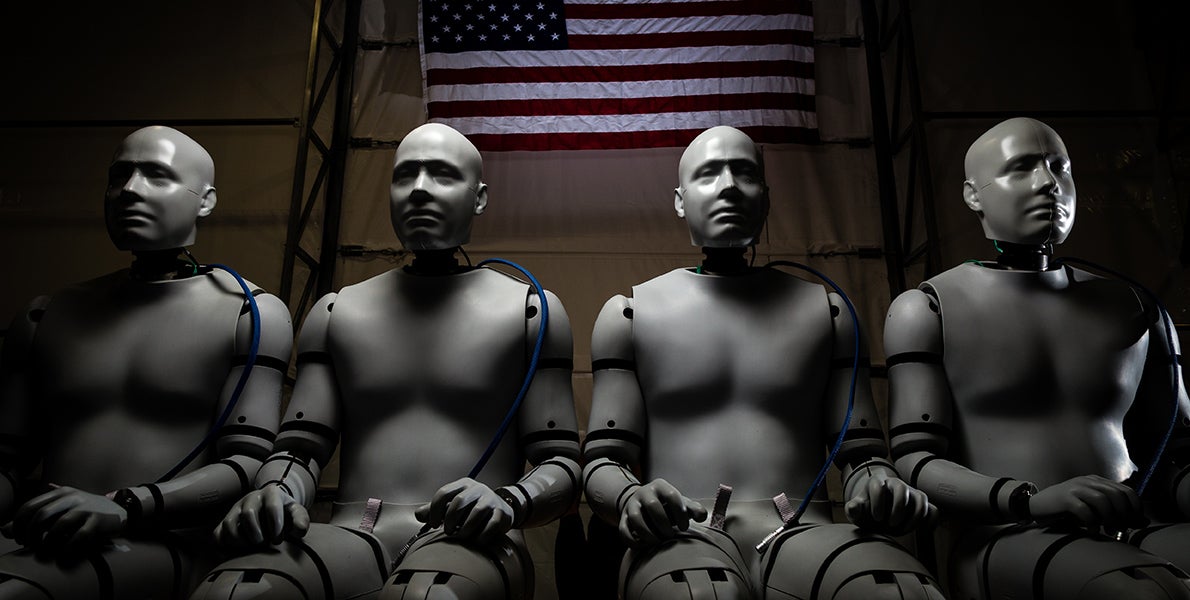 Robotics and artificial intelligence will be in widespread use on the battlefield as soon as within the next decade, which is why the Army is investing in those technologies now, the Army’s top leaders told a Senate committee.

In recent testimony before the Senate Appropriations Committee, Army Secretary Mark T. Esper and Chief of Staff Gen. Mark A. Milley outlined a future scenario in which the Army will have manned and unmanned combat vehicles on the battlefield. There will be flexibility in how they are used, and they will provide better protection for soldiers.

During the Iraq War, convoys of soldiers moving supplies to and from the war zone left soldiers exposed, Esper said. “If you had unmanned vehicles, they can traverse that difficult road unmanned and it would reduce the vulnerability of our soldiers. That’s an example of why we want to pursue unmanned combat vehicles or capabilities into our combat fleet,” he said.

Future warfare will be different than it is today, and it will be driven by a variety of things such as demographics, social change and doctrines. Technology can also drive the changing character of war and how armies fight, Milley said.

Referring to artificial intelligence as “the mother of all technologies,” Milley said the Army, as well as the Navy and Air Force, are “investing monies” in artificial intelligence because adversaries such as China and Russia are investing “heavily and very quickly in the use of robotic vehicles in all the domains … and we are doing the same now.”

Esper said the combat vehicles the Army will buy in coming years will be “triple-purposed” and able to be used depending on the tactical situation. The commander will have the option of a vehicle being manned or unmanned, semi-autonomous or controlled by a human.

Artificial intelligence, machine learning in combination with robotics, Milley predicted, “will play a significant role in ground combat inside of a decade, decade and a half, in that range.”