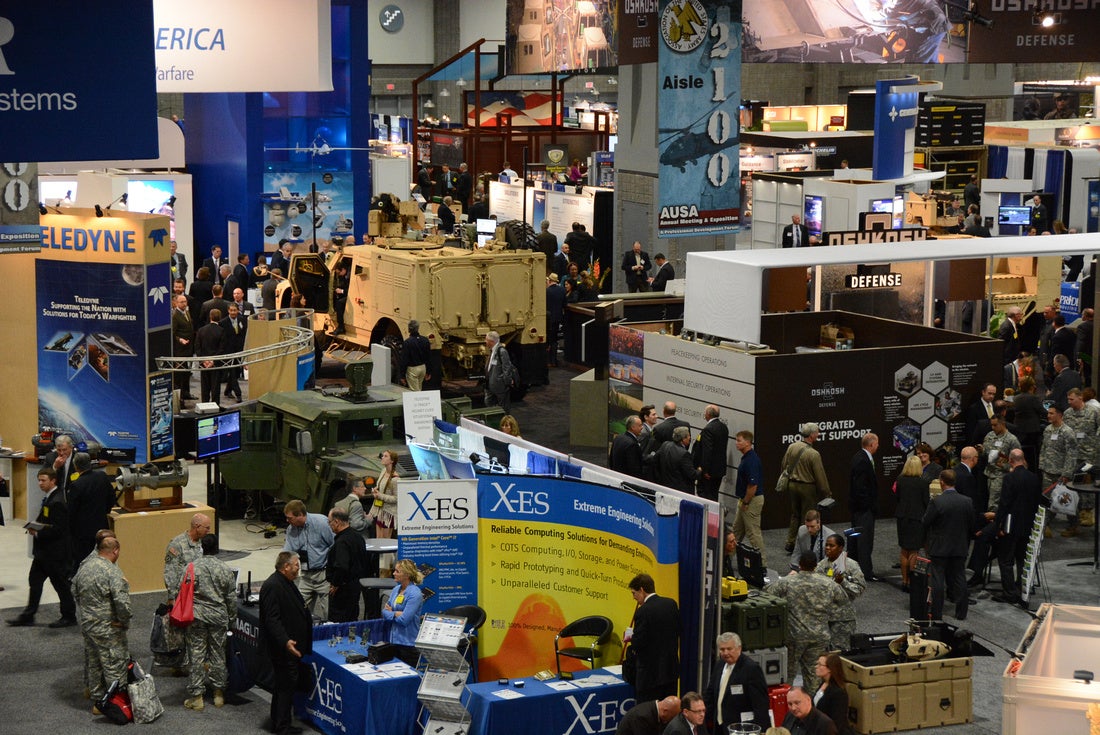 This year’s three-day Annual Meeting and Exposition of the Association of the U.S. Army will include key speeches by two Cabinet secretaries, the outgoing Army secretary and the incoming Army chief of staff. The event also includes more than 500 exhibitors from around the world. The Annual Meeting and Exposition, held Oct. 12 through 14 at the Walter E. Washington Convention Center in Washington, D.C., is expected to draw 26,000 people to see the exhibits and participate in professional discussions. Secretary of the Army John M. McHugh, who has announced he’ll retire by Nov. 1, will speak at the meeting, as will Gen. Mark A. Milley, who became the 39th Army chief of staff on Aug. 7. Defense Secretary Ash Carter and Homeland Security Secretary Jeh Charles Johnson are scheduled to speak, along with many other military and government officials. Exhibits will include several major pavilions, including eight foreign pavilions. The Army will have a centrally located exhibit showcasing ideas from around the globe at eight workstations. There also will be presentations on relevant topics. The Department of Homeland Security and Department of Veterans Affairs will each have pavilions. The Homeland Security area will include immigration, customs, border patrol, immigration, emergency management, Coast Guard and Secret Service representatives. The Veterans Affairs area will include benefits, health and employment. Representatives from the U.S. Labor Department will also have an exhibit. Exhibits also include a Small Business and Cyber Pavilions, a Warriors to the Workforce event that will include on-the-spot job interviews, and Innovator’s Corner, an AUSA initiative that gives people with new technology or ideas a chance to show them off.Click here for more information:http://ausameetings.org/2015annualmeeting/&nbsp;